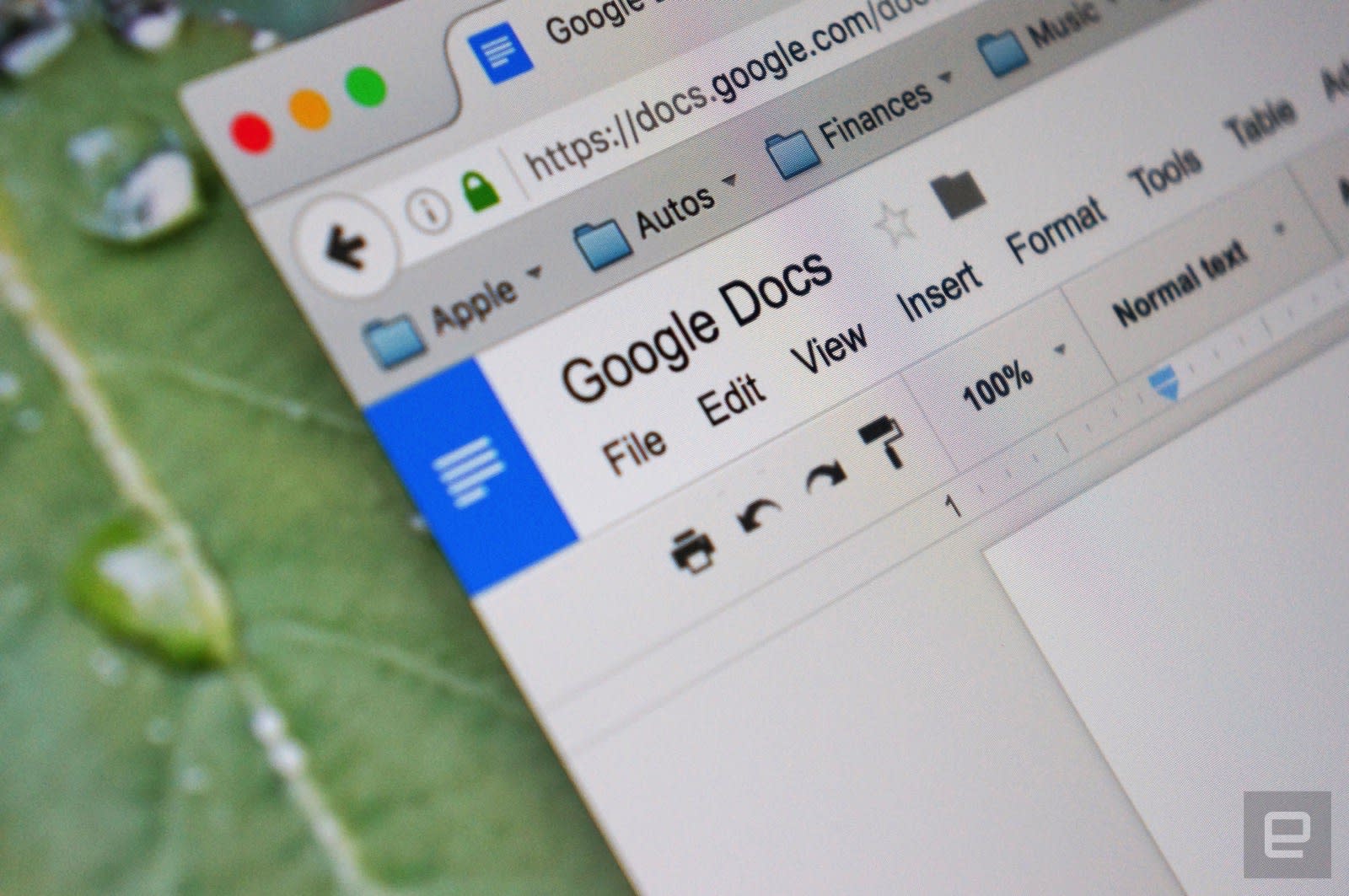 A number of Google Docs users have reported being locked out of their documents today for, according to the message that pops up when they try to access the affected document, violating Google's terms of service. Users that have tweeted about the issue have said their locked-out pieces were about a range of topics including wildfire crimes, post-socialist eastern Europe and a response to reviewers of an academic journal submission.

FYI according to this thread some Google spam system has gone rogue and is randomly blocking some Google Docs https://t.co/A83vuPOapo

Tfw your finalizing a piece on E. Europe post-socialist parties in Google Drive and Google removes it because it's in violation of its ToS??

Working away happily on @googledocs with a response to reviewers. Suddenly: "This document is in violation of Terms of Service". #WTF pic.twitter.com/o2pjoTTTWo

A Google spokesperson told us, "We're investigating reports of an issue with Google Docs. We will provide more information when appropriate." The range of subject matters and number of reports suggest it's probably just a glitch, but the problem is a reminder of what we give up for the convenience and ease offered by cloud-based programs like Docs. Google Docs and others like it allow users to store their work offline, making it easily accessible wherever they happen to be. They also make it easy to share documents between a number of different people. But giving up control over your work comes with risks, as today's issues make clear. And though they're fairly rare, they can cause huge problems.

For example, Twitter user @widdowquinn said that while they had been encouraging others to use Google Docs for collaborative work on grants and academic papers, today's glitch is a deal breaker.

Yep. I can't trust @googledocs, any more. If this was the day before a grant submission, it could literally cost us £100k+

The Docs lock-outs also serve as a reminder that companies like Google are scanning your content and that privacy is also something we give up for convenience. In Google's privacy policy, the company makes it clear that it's collecting information about what you use and how you use it. "This includes information like your usage data and preferences, Gmail messages, G+ profile, photos, videos, browsing history, map searches, docs, or other Google-hosted content. Our automated systems analyze this information as it is sent and received and when it is stored," says the company.

Unfortunately, a pen and paper, though reliable, just won't cut it these days. So you'll have to figure out what you're willing to give up and what risks you're willing to take when it comes to storing, sharing and accessing your work.

Update: Google has sent us a statement regarding the lock-outs. "This morning, we made a code push that incorrectly flagged a small percentage of Google Docs as abusive, which caused those documents to be automatically blocked. A fix is in place and all users should have full access to their docs," said a company spokesperson. "Protecting users from viruses, malware, and other abusive content is central to user safety. We apologize for the disruption and will put processes in place to prevent this from happening again."

In this article: CloudStorage, gear, google, GoogleDocs, internet, personal computing, personalcomputing, PrivacyPolicy, security, services, TermsOfService, hidden:vv_3x4:1c2d210b-68f1-3822-be58-d8248c0545d8, hidden:vv_09x16:c27f67cd-7bbe-3ea3-851a-d3cb3c2e7229, hidden:vv_16x09:95b5aff3-3a04-3a73-9bae-c4b372c8f05f
All products recommended by Engadget are selected by our editorial team, independent of our parent company. Some of our stories include affiliate links. If you buy something through one of these links, we may earn an affiliate commission.