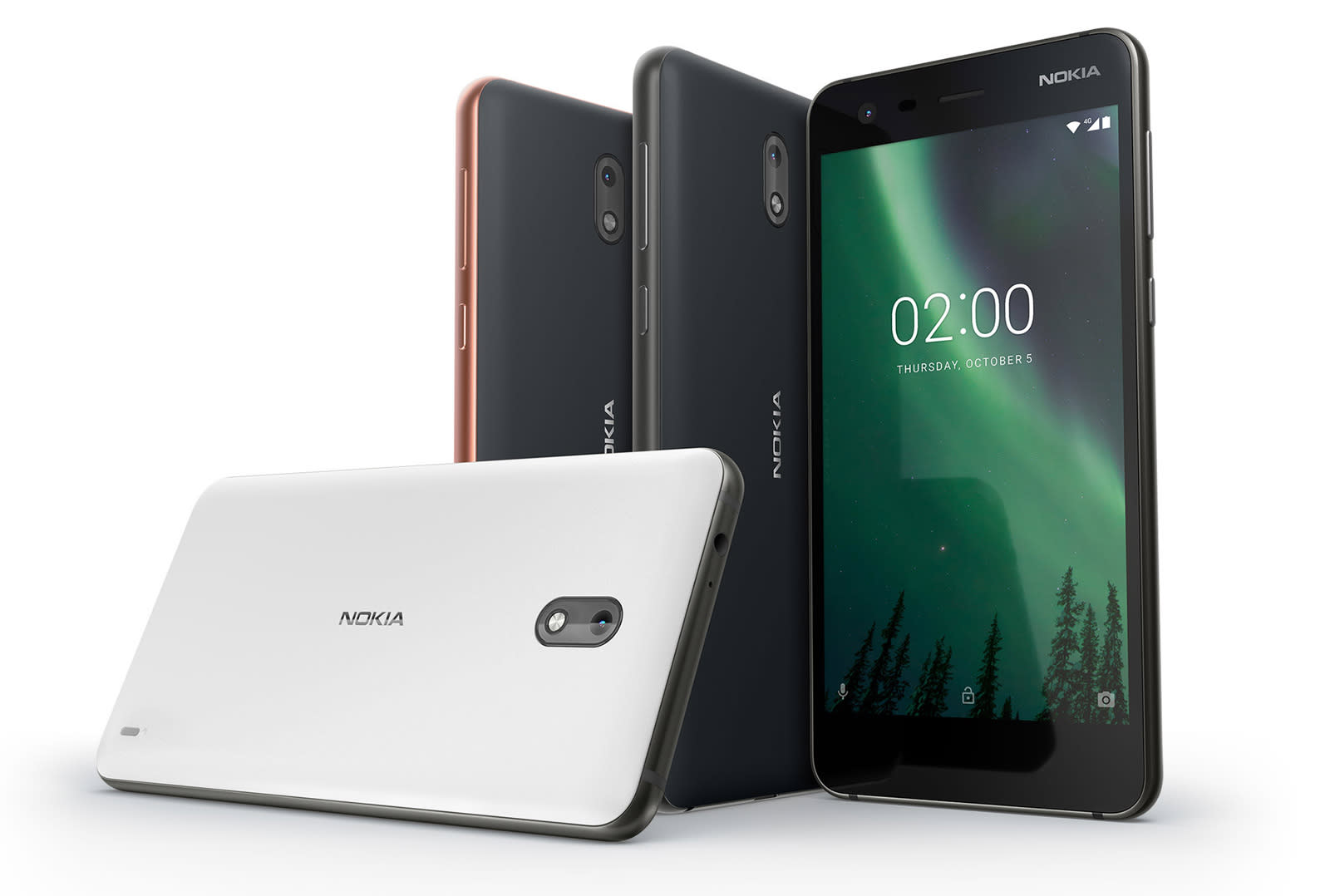 HMD continues to slide in more Nokia phones where it sees an opportunity. This time around? A very cheap smartphone that doesn't look awful and has enough battery to go the distance. The Nokia 2, priced at 100 Euros (roughly $120) walks that fine line between dreary specifications and the fact that it's just really really cheap. Oh, and a giant 4,100mAh battery that puts it ahead of a lot of flagship smartphones.

Notably for this price, it's running Android Nougat with Google Assistant in tow. Processor-wise, there's a Qualcomm Snapdragon 212 processor to power a 5-inch 1280x720 LCD display. Camera-wise, there's an 8-megapixel rear camera and 5-megapixel front-facing shooter. There's only 8GB of built-in storage, but there's the opportunity to expand that to 128GB with the microSD slot. The spec sheet reminds me of Samsung's Galaxy S2 -- secretly one of my most-liked phones ever. That, however, launched back in 2011.

Juho Sarvikas, Chief Product Officer at HMD Global, says that "every component of the Nokia 2 -- from the display to battery, chipset to system design — has been engineered to draw as little power as possible from the huge battery." That's the main... draw here, alongside that cheerfully cheap price tag.

The renders suggest the phone is rather tasteful looking, but we'd reserve judgement there until we eye the thing in real life. It could be the true "festival phone", and it will reportedly go on sale next month in certain regions, with a launch in the UK, at least, penned for 2018.