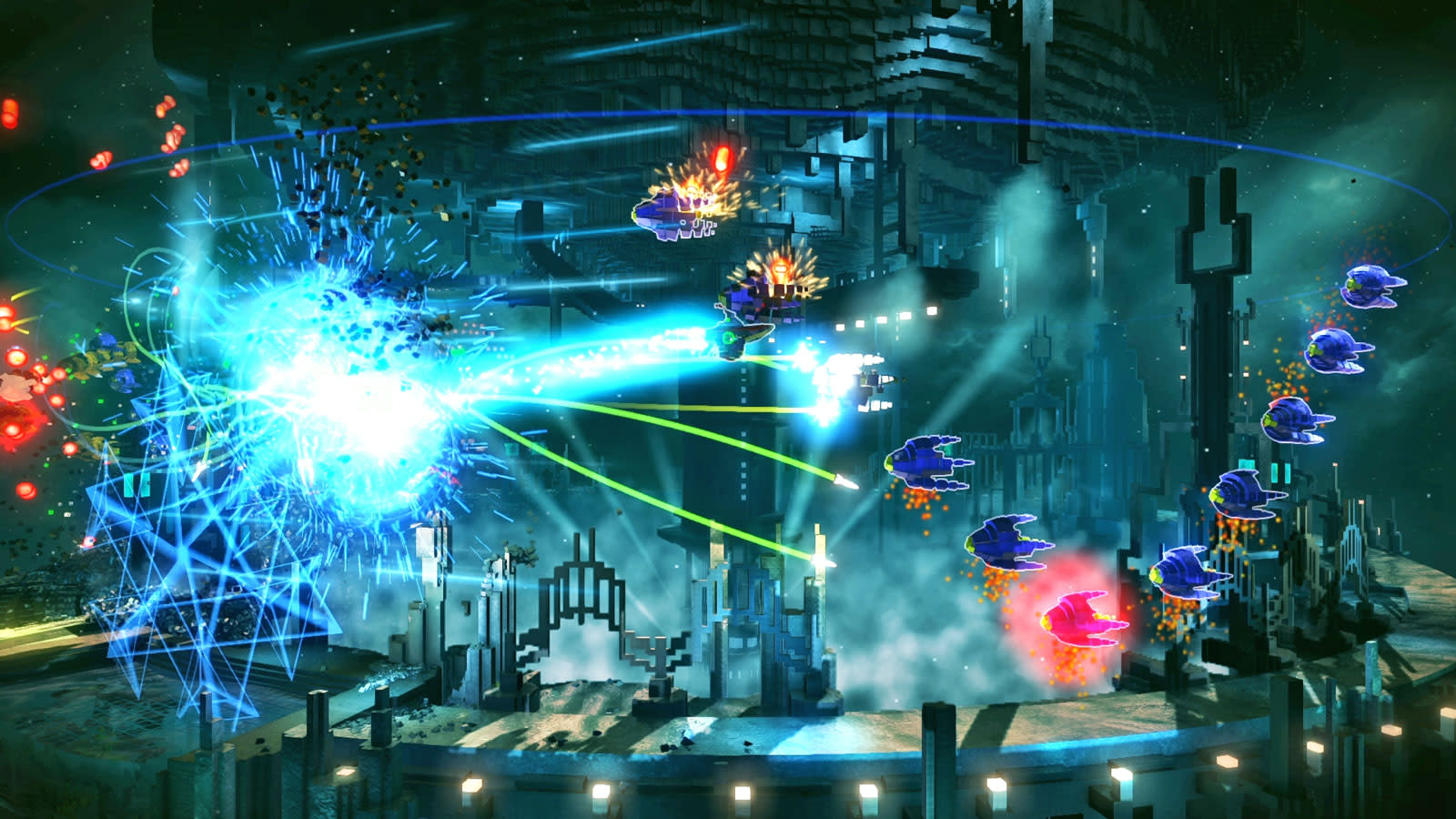 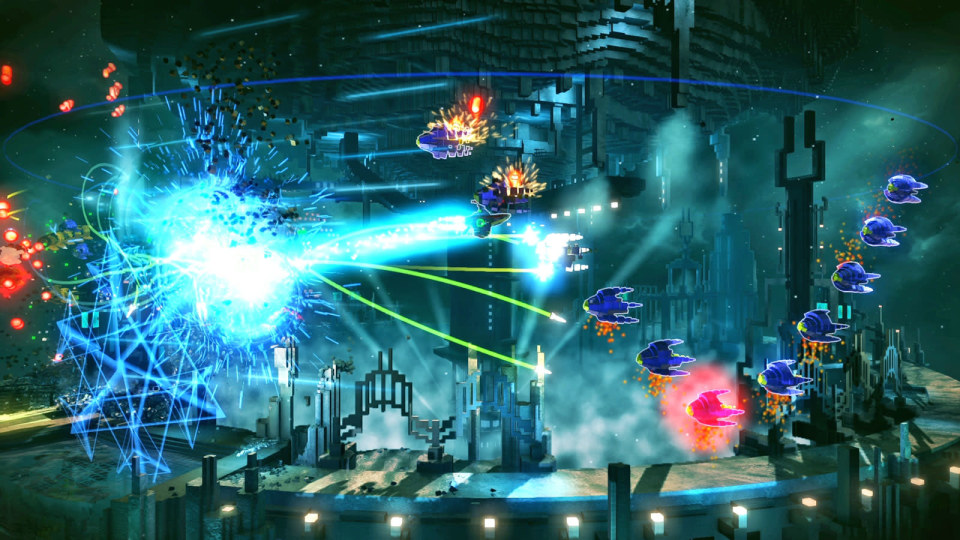 Over the past decade, the name Housemarque has become synonymous with arcade-style games. From the early PSN title Super Stardust HD to the PS4 launch savior Resogun, the Finnish studio has produced many critically acclaimed and commercially successful games. In recent years, though, good reviews haven't been followed by strong sales.

Nex Machina, a colorful top-down arcade shooter released earlier this year, is pure Housemarque. Created in partnership with arcade legend Eugene Jarvis, it's fast-paced, devilishly challenging and with tight controls. It received universal praise from reviewers -- a Metacritic average of 88 makes it the eighth-best-reviewed PS4 game of the year.

When I visited Housemarque's Helsinki studio last year, I described the game as "a Hail Mary for arcade shooters" -- and it's now clear that the Hail Mary failed. The company confirmed that it's sold less than 100,000 copies of Nex Machina across both PS4 and PC. The studio has roughly 50 employees working on two games at any given moment, and doing some napkin math will quickly reveal that it lost a lot of money on the game, which it released without the help of a publisher.

Matterfall, another arcade-inspired title, arrived in August and similarly failed to set the world on fire. As it was published by Sony, it hasn't affected Housemarque in the same way financially, but it clearly intensified the soul-searching.

"We are really proud of what we accomplished with Nex Machina," Housemarque CEO Ilari Kuittinen told Engadget. "It was a passionate work of love, and we got to work with our hero, Eugene Jarvis. We don't have regrets. We would have liked to continue down this path, but unfortunately that's not possible."

What exactly went wrong is still up for debate. "Are the audience grown up in a way that they are not interested in buying these games?" asked Kuittinen, "Or is it there's lots of competition, lots of titles? Maybe the audience have just moved away from these kind of things." It's now clear to Housemarque that it's time to move on as well. Its next game won't be a top-down or side-scrolling shooter. It won't be focused on leaderboards. It won't be anything like the games the studio is famous for.

Housemarque hopes to have more to say in the coming months, but its Head of Publishing Mikael Haveri talked about targeting more popular, mainstream genres. To me, this implies swapping the top-down or side-on views of Nex Machina and Resogun for third-person or first-person cameras. It's also likely we'll see a shift away from faux-retro voxels to more traditional 3D graphics. Haveri also spoke of "multiplayer- and service-centered games" being of interest, but wouldn't be more specific.

Housemarque released this video, originally intended for a 'Nex Machina' update, as a thank you to its fans today.

A lot has changed since Housemarque released its first big hit, Super Stardust HD in 2007. Back then, digital downloads on the Xbox 360 and PlayStation 3 were just starting to take off. The idea that you could spend 10 bucks on a great game without having to leave your couch was still a novelty. Now, the console market is flooded with such titles, and Steam is similarly cluttered. There are services like Sony's PS Plus and Microsoft's Games with Gold, which "give away" games for a small monthly fee, and Steam holds enormous sales multiple times a year.

It's hard to argue that these changes are bad for gamers, but how good they are for developers is another matter. Reducing prices, or giving games away as part of a subscription, is great for attracting new players. But when it makes people who would already buy your games hold off for a discount or a giveaway, it can be a big problem. Some games, like Psyonix's Rocket League, have found massive success with this model, but when I mentioned that game, Haveri was quick to point out that it's "multiplayer and service-focused."

"Resogun being such a breakout hit was mostly due to the fact that it was free for a lot of people," said Haveri. "That branding does stick with us, you know. People expect our titles to be available for free." By shifting genres, Housemarque hopes to also shed the perceived value, or lack of value, of its games.

"That branding does stick with us, you know. People expect our titles to be available for free."

An announcement of this type is usually accompanied by the depressing news that a studio is letting a considerable number of employees go. Kuittinen said this isn't the case, and that Housemarque is instead looking to hire additional people to pursue the more ambitious projects it's now working on. That too is posing a problem. "Before we talk about the new projects, or this new direction for Housemarque, it's very difficult to hire people without telling them what we would like to do," explained Haveri. "But we definitely anticipate to expand a bit."

Without knowing the details of its next game, it's hard to say how "hard" or "soft" of a pivot this represents for Housemarque. It's going to continue to target consoles and PCs, with a focus on gameplay and action over narrative or strategy. While understandably cagey about discussing business models, Haveri described Housemarque's culture as being "very anti-exploitation," but the talk of exploring "multiplayer and services" suggests a shift could be on the cards.

Wherever this new direction takes the studio, Haveri and Kuittinen were keen to stress that Housemarque will still stay true to its DNA. "We like fast-paced games, and we're not going to do mobile strategy, for sure," said Kuittinen. "They're obviously action orientated games that we are thinking of doing, and actually working on," Haveri added. "We're taking what we have learned over the years and trying to move forward with times."

"It's bittersweet in a sense," said Kuittinen, "but I think we've seen the writing on the wall for quite a long time. We were just hoping that we might be able to reverse the tide."

In this article: arcadegames, av, gaming, housemarque, microsoft, nexmachina, nintendo, resogun, sony
All products recommended by Engadget are selected by our editorial team, independent of our parent company. Some of our stories include affiliate links. If you buy something through one of these links, we may earn an affiliate commission.