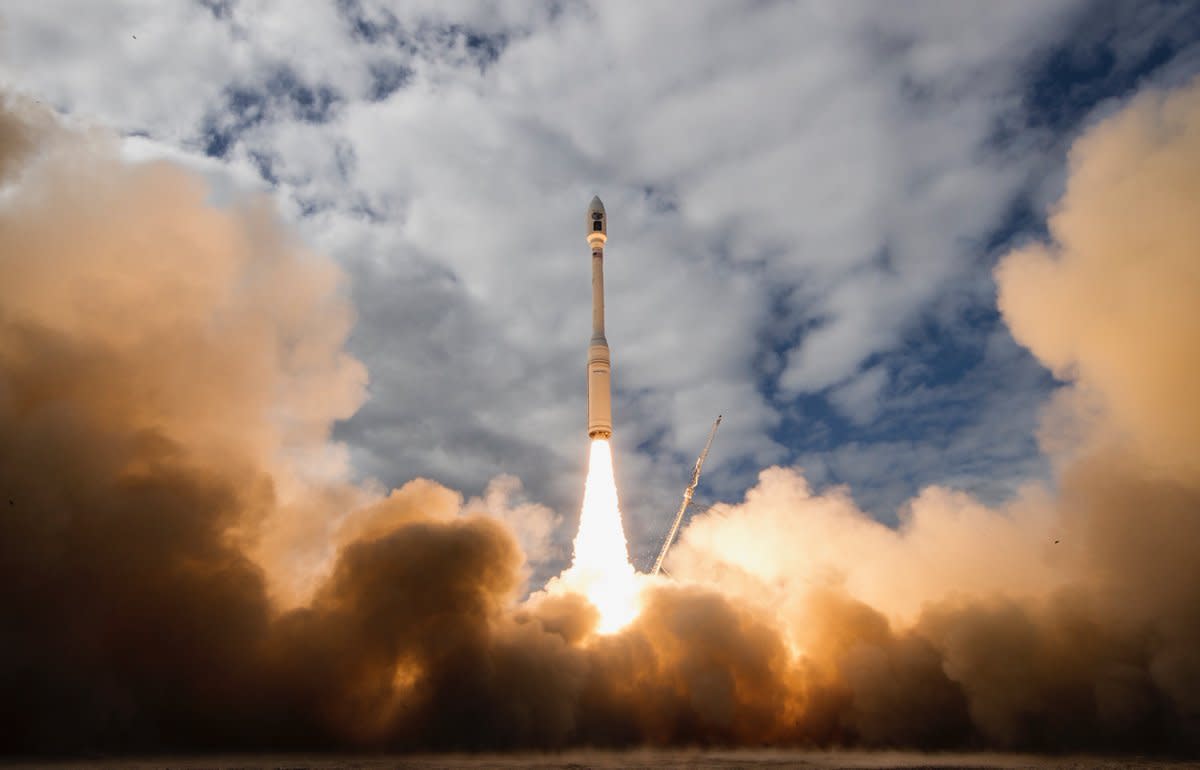 Six and a half years after its last launch ended in failure, private spaceflight company Orbital ATK's Taurus-XL rocket -- now called Minotaur-C -- has made it into space. Since its maiden flight in 1994, the rocket has seen six successful launches and three failures, one of which led to the loss of NASA's Orbiting Carbon Observatory, in 2009. But after a redesign that sees the Minotaur-C reimagined as hybrid of the company's Minotaur, Taurus, and Pegasus rockets, it successfully launched from Vandenberg Air Force Base in California on Tuesday. The rocket is equipped with four solid-fueled rocket stages, stands at 92 feet (28 meters) tall and can deliver payloads of up to 3,500 lbs into orbit.

This image shows the trajectory of this afternoon's #MinotaurC launch pic.twitter.com/EFfqCMvpmp

Its primary purpose is deploying six SkySat satellites and four loaf-of-bread-sized Dove satellites into orbit around 310 miles above the Earth, to provide data to San Francisco-based Planet Labs Inc. The high-resolution multispectral images of Earth gathered by the satellites will be used by businesses, governments and other organizations. And they'll be created in a much greener fashion than space is used to. Satellite propulsion systems are traditionally powered by highly toxic hydrazine, but the ones on board the SkySats run on High-Performance Green Propulsion thrusters, which are more efficient and safer to handle during manufacturing.