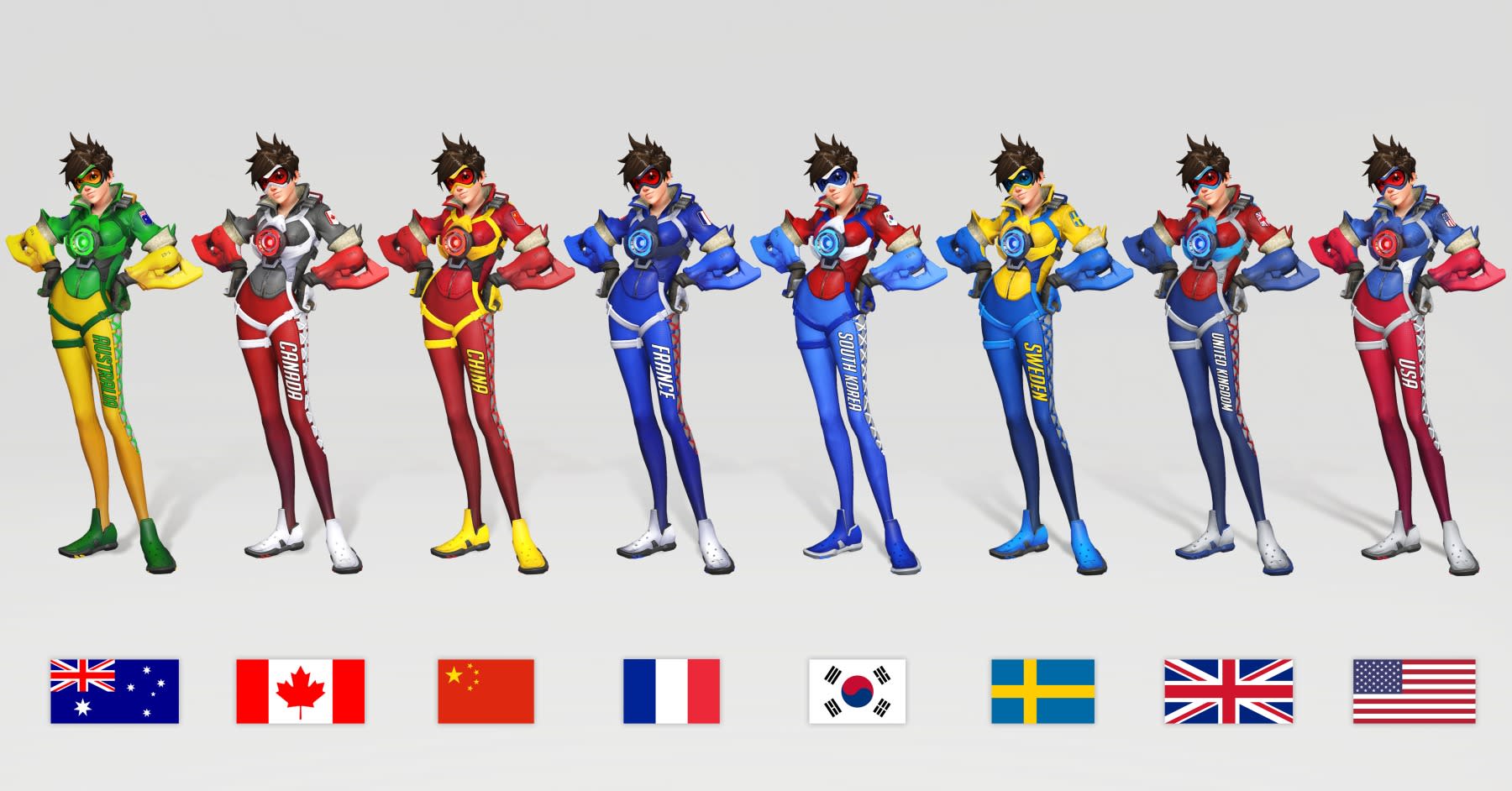 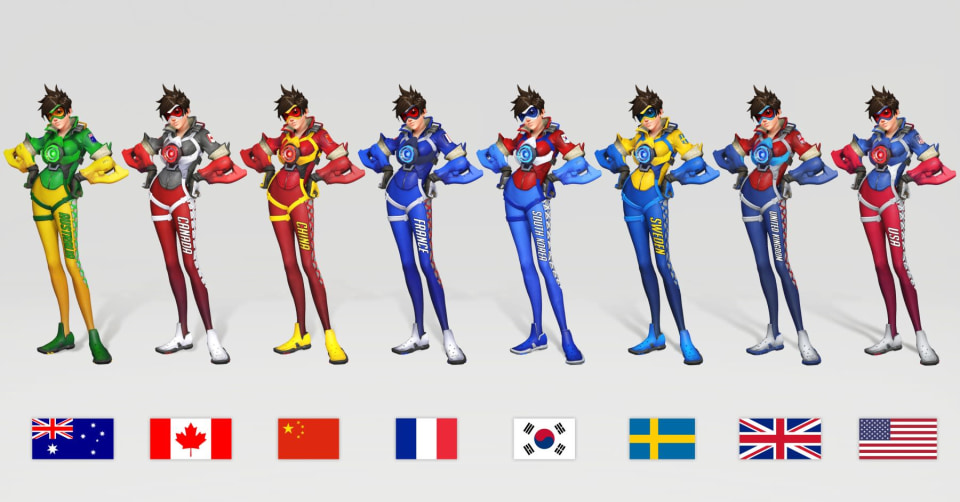 Last week Overwatch game director Jeff Kaplan explained some of the tweaks Blizzard planned to make this game easier to follow for viewers, and now a new video actually shows them off. As Blizzard prepares to launch its professional Overwatch League next year (and presents Overwatch World Cup matches over the next couple of days), it's going all-in to make the game TV-friendly, even for people who aren't yet die-hard eSports fans.

During the Overwatch World Cup playoffs on Friday and Saturday, viewers will see new team uniforms for each country, complete with home and away colors that include heads-up displays and special abilities that are customized to match. It should make it easier for viewers to identify (and identify with -- when's the merch coming?) each team, better than they would with the standard game's use of blue for allies and red for enemies.

We also got a peek at the previously-mentioned overhead map and third person smart camera, which we can already see will help people stay oriented on the most intense action and where it's happening. It's also key for the analysts to keep an eye on who is where at all times, and break down the action post-game with a new stats layout that puts every player's metrics on one screen. A new easily-accessible instant replay (complete with bullet-time style freezes and camera movement) can take viewers flying through the scene without making things too confusing.

Is eSports really ready for the big time? We'll find out soon, but these changes will definitely help give a regular viewer who hasn't heard of Twitch a reason to stick with the broadcast long enough to tell D. Va from Doomfist.

In this article: blizzard, entertainment, esports, gadgetry, gadgets, gaming, map, overwatch, overwatchworldcup, smartcamera, video
All products recommended by Engadget are selected by our editorial team, independent of our parent company. Some of our stories include affiliate links. If you buy something through one of these links, we may earn an affiliate commission.