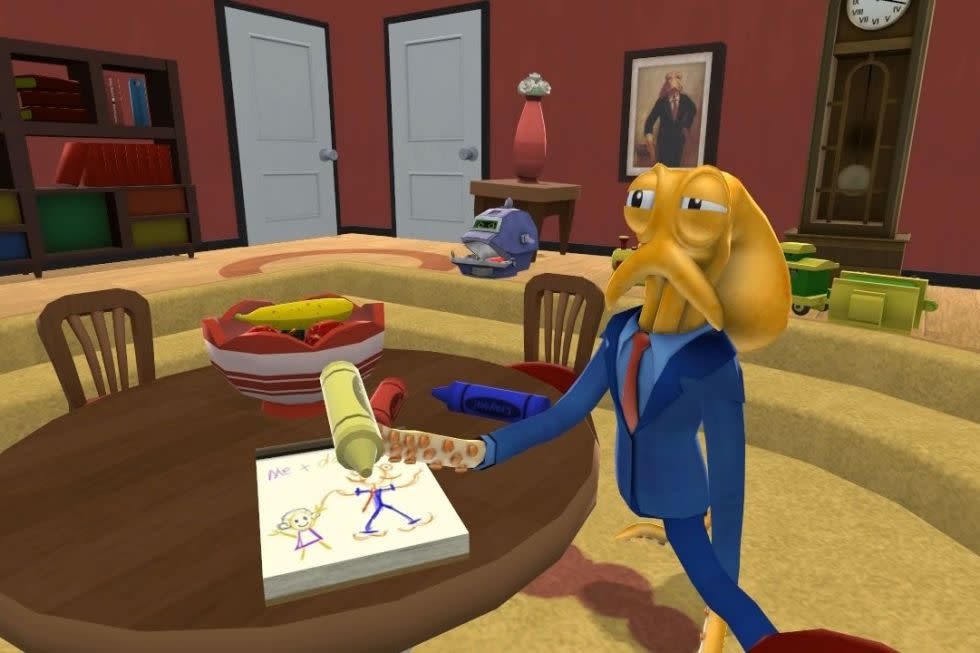 If you haven't played the ultra-charming (and maybe a little disturbing) game Octodad: Dadliest Catch, yet, now's maybe the time. Developer Young Horses just tweeted that it has ported the bizarrely compelling (and super successful) title to the Nintendo Switch. The game will be available for download on the Nintendo eShop on November 9th for $15.

If you have played the game before, perhaps being able to replay it on the go will make it worth your money. The game, itself a sequel to the freeware title Octodad, is on pretty much every current platform, including Android, iOS, Linux, Windows, OS X, PlayStation 4 and Vita, tvOS, Wii U and Xbox One. As one reply to the original tweet notes, "Do I have to buy this game for a 6th time? Calm down, boys."

Interestingly, one of the developers at the company also tweeted that it was an easy port from the Android version of the game. This makes sense, considering that Nintendo originally planned for the hybrid console to run Android.

So, the Switch was probably our easiest port we've done for Octodad. We hardly had to change much code from Android version.

In this article: av, dadliestcatch, game, gaming, nintendo, octodad, switch, videogame
All products recommended by Engadget are selected by our editorial team, independent of our parent company. Some of our stories include affiliate links. If you buy something through one of these links, we may earn an affiliate commission.