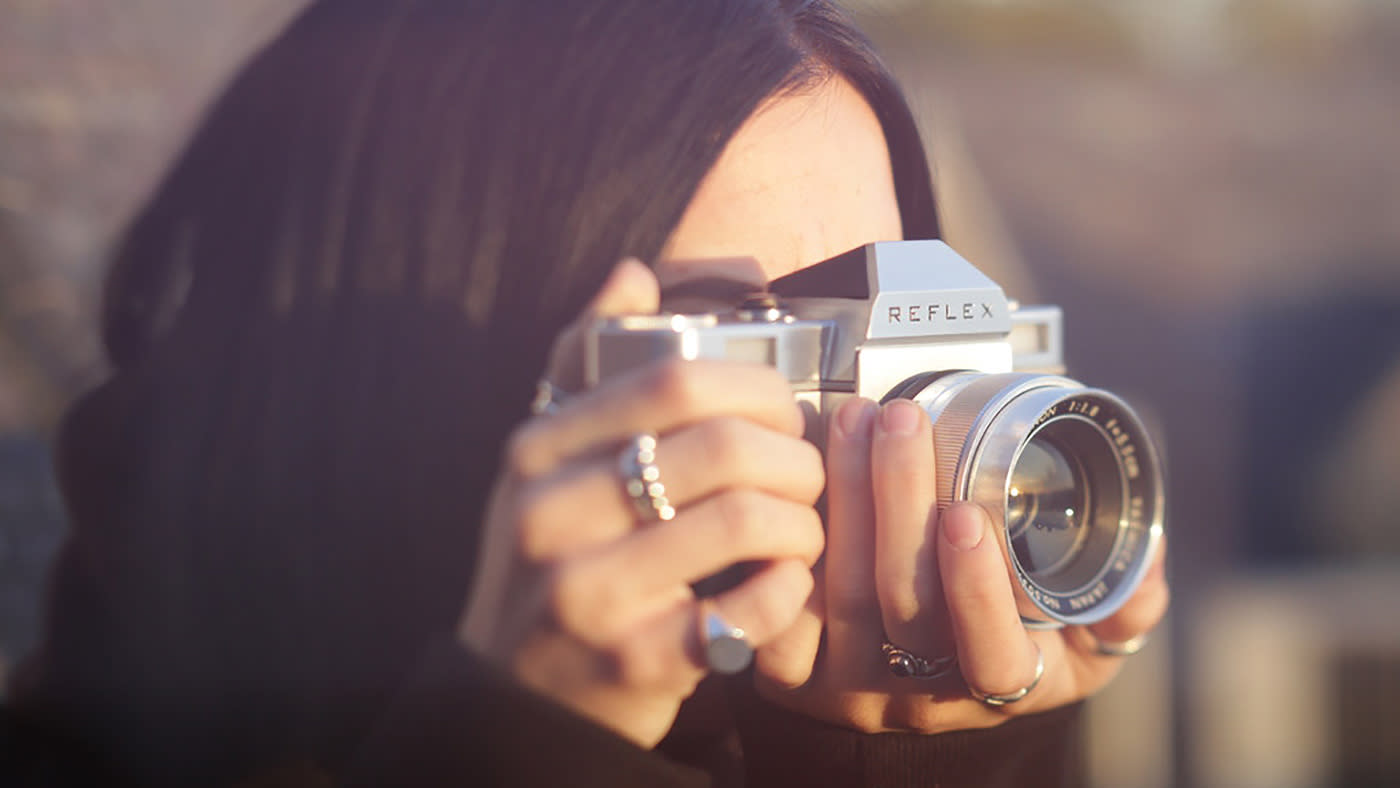 Written off not long ago as dead technology, film has recently been embraced by instant photographers and filmmakers like Quentin Tarantino and Christopher Nolan. A company called Reflex has capitalized on that trend by launching the manual focus, 35mm Reflex 1 SLR, "the first newly designed manual SLR system in over 25 years."

The Reflex 1 has the classic look of an older Nikon or Canon SLR, and comes with an interchangeable, modular plate that supports a variety of lenses, including Nikon F, Olympus OM, Canon FD and universal M42 thread mounts. It also includes an interchangeable film back that lets you load rolls of 35mm film instantly by swapping a fresh one in. You don't get automatic aperture control settings, but there's a button for depth-of-field previews.

You get both an integrated flash and continuous LED light source, each with three intensities. The camera supports manual exposure and aperture priority settings, with +4 stops of EV, and has ISO settings ranging from 25-6400. (Film stocks generally max out at 3200 ISO for black and white and 1600 for color.) If you're curious, a 36-exposure roll of 35mm film costs between around $6-10, and processing runs about $5 per roll ($10 with 36 4x6 prints).

So why get this instead of, say, a used SLR or even brand new Nikon F6 and FM10 35mm SLR cameras? For one thing, there's the price: It's on sale for £350 (around $465) on Kickstarter, before it goes up to £399 ($530) when the campaign is over. That's a bit cheaper than the $570 FM10, and a lot less than the $2,700 F6. The other interesting thing about the Reflex 1 is the interchangeable plate, which lets you change lens systems instantly -- handy if you have legacy glass lying around from different companies.

The Reflex 1 a relatively cheap, nice-looking, hand-made 35mm SLR camera being built in what looks like a serious way. As with any other Kickstarter project, there's a risk you'll lose your money, so you're buying into the concept and the company, not the camera itself. if you're just looking for a product, you can probably find a decent used SLR on eBay for a couple of hundred dollars.

In this article: 35mm, cameras, Film, InterchangeableLensMount, Kickstarter, Reflex1, SLR
All products recommended by Engadget are selected by our editorial team, independent of our parent company. Some of our stories include affiliate links. If you buy something through one of these links, we may earn an affiliate commission.