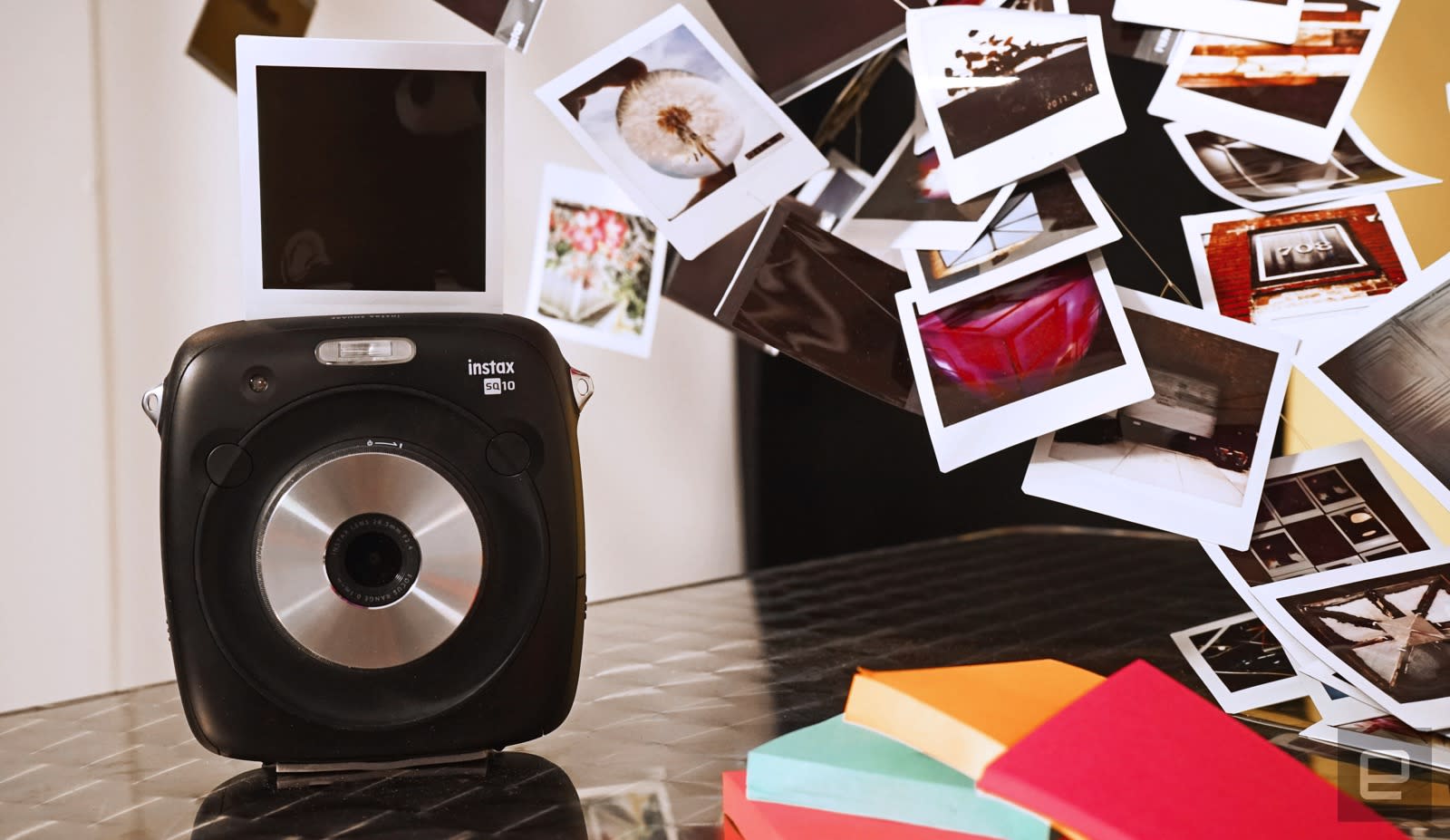 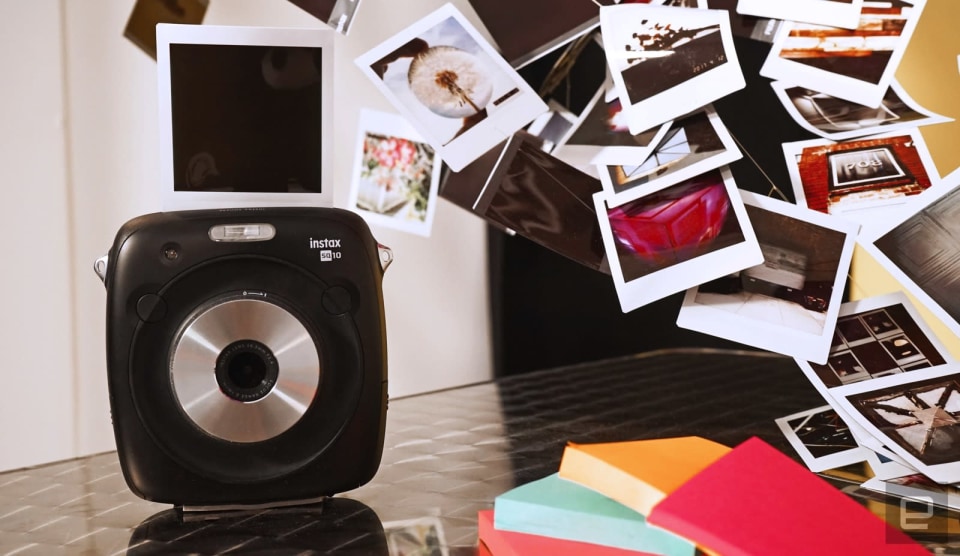 Instant film cameras have been making a comeback in recent years, and Fujifilm is partially responsible for this. The manufacturer's Instax Mini 8, for instance, is a best-seller on Amazon, which may have to do with the fact it only costs around $70. But the company seems to think people are willing to pay way more than that for one of its Instax shooters. Enter the Square SQ10, a hybrid digital instant camera that costs $280, offering the best of both worlds at a premium. It features a newly minted CMOS sensor (1/4-inch) with a 28.5mm f/2.4 fixed lens and an image processor that, Fuji says, will push out the best shots yet from an Instax product.

On the back of the SQ10, there's a 3-inch, 460,000-dot LCD (no touchscreen) and a physical dial for browsing the camera's menu. Around that dial are six buttons, which let you do things like set exposure, control vignette effect, click to print and select between 10 image filters. Yes, it's like Instagram but in real life. While the SQ10 doesn't support WiFi, Bluetooth or NFC, you do have the option to transfer your shots via microSD -- the aspect ration is 1:1, hence the Square moniker. As for battery life, Fujifilm says you'll get close to 160 prints from a single charge, after which you can recharge via USB. Compared to the Instax Mini 8, the SQ10 is a little chunky, but that's to be expected given that this model has a built-in screen and a large metal ring around the lens that acts as the power button. The good thing about its bulkiness is that it makes it feel like an actual camera, rather than a toy. Fujifilm also put two shutter buttons on the SQ10, making it easy to take pictures as you're gripping it with either your left or right hand.

The Instax Square SQ10 comes with 10 prints included, and each set after is going to cost you roughly $18. That's important because the camera alone is already $280, so you could end up spending a few hundred bucks in a short period of time. If money isn't a problem, though, you can pre-order it now from stores such as B&H, with shipments expected to arrived by the end of this week.

15
In this article: applenews, camera, cameras, filmcamera, fuji, fujifilm, fujifilminstax, gadgetry, gadgets, gear, hands-on, instagram, instantcamera, instax, instaxsq10, instaxsquare, instaxsquaresq10, polaroid, sq10, squaresq10
All products recommended by Engadget are selected by our editorial team, independent of our parent company. Some of our stories include affiliate links. If you buy something through one of these links, we may earn an affiliate commission.