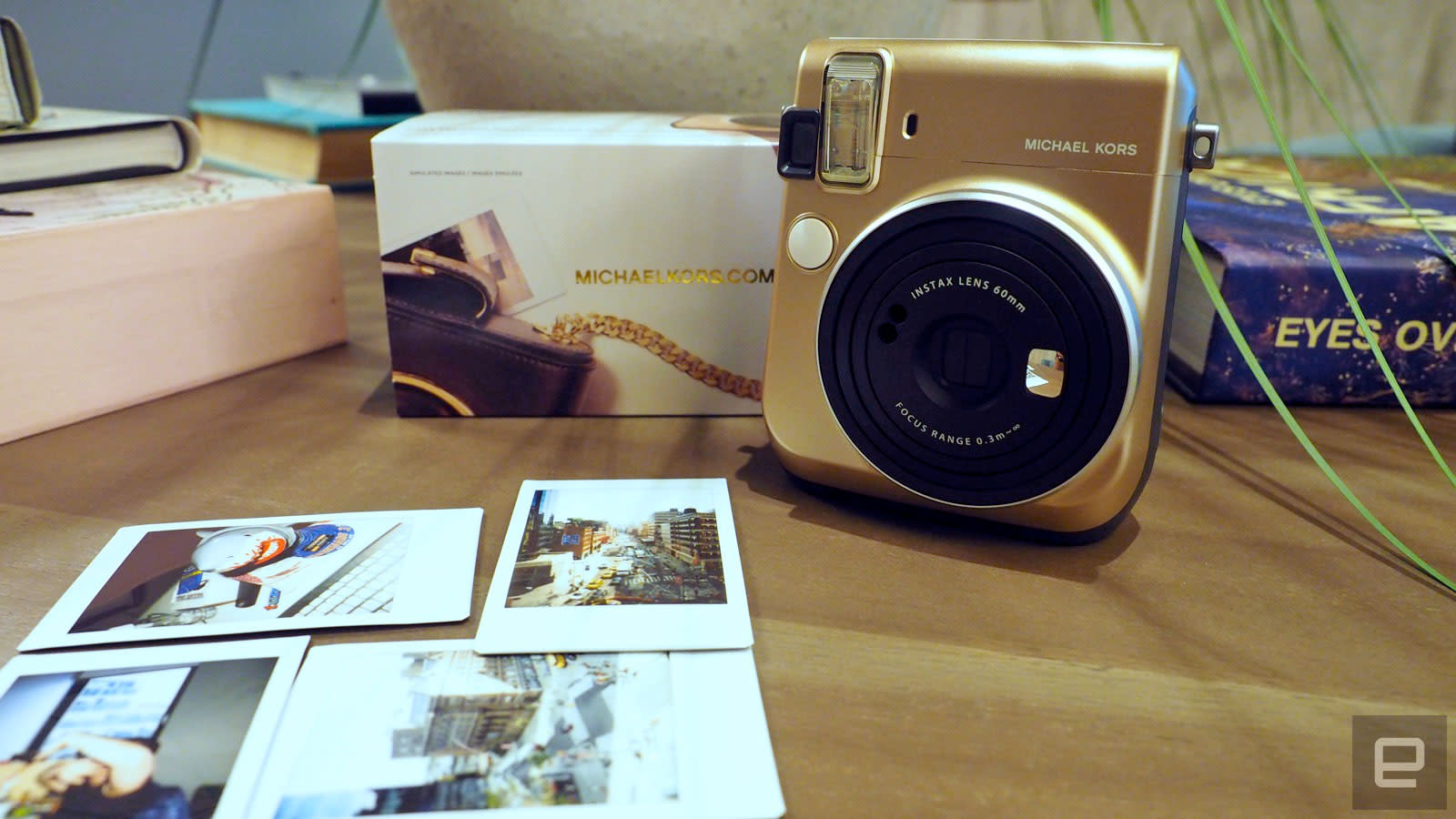 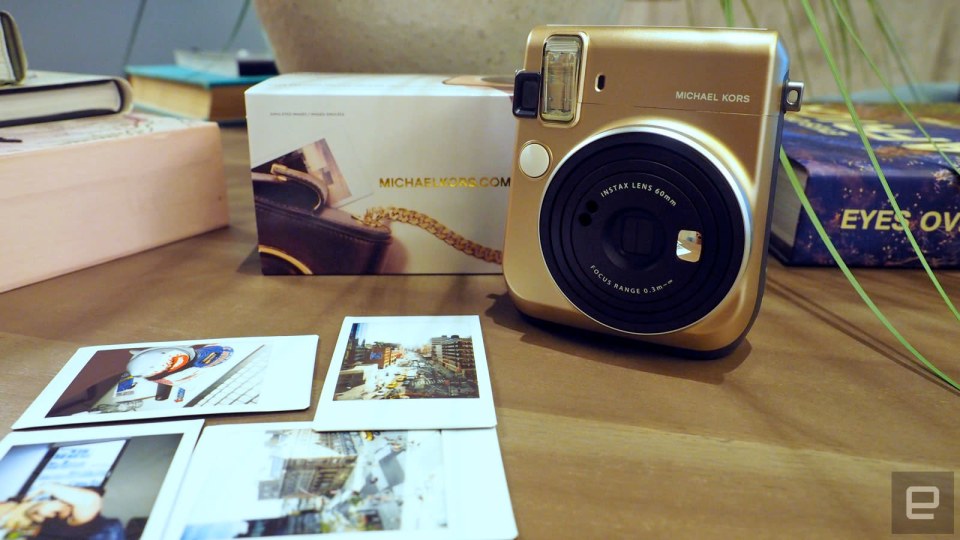 Fashion designer Michael Kors wants to make a mark on the tech world. Less than a month after the debut of his brand's Access Android Wear watches, a new product is being born from partnership with a popular camera maker. Meet the Michael Kors x Fujifilm Instax Mini 70, an instant film shooter that's geared toward fashionistas everywhere. Or, really, anyone who feels nostalgic and wants a camera that reminds them of the good ol' days. The MK edition of Fujifilm's Instax Mini 70 features gold tones, a 60mm lens, flash and viewfinder -- nothing shocking there. Now, we do wish the device came with a rechargeable battery, as opposed to the pair of Cr2 lithium batteries that are required. Sure, you can buy a rechargeable set, but not from a known brand. Back to the design, you'll also find Michael Kors' replica signature on the back of the Instax Mini 70, as well as some additional branding on the front of it. It's definitely more appealing than other Fujifilm instant models, such as the retro-looking Mini 90. For all of that, though, you're going to want to use the camera only on special occasions. While there is a film pack (10 shots) included in the box, extras go for around $15 in packs of two. That can add up when you consider that the camera alone is $149. There's also no digital connectivity here, meaning you can't share your pictures to a smartphone over Bluetooth or WiFi. You can, however, be extra meta and take a snap of your instant film shots and then post them on Instagram. Because why not.

The Michael Kors x Fujifilm Instax Mini 70 will be available for a limited time, from October 20th through the end of this holiday season. Fujifilm says it's set to only hit Michael Kors retail stores and website at launch, though that could change later on.

In this article: cameras, design, fashion, filmcamera, fujifilm, fujifilminstaxmini70, gear, hands-on, instantcamera, instax, instaxmini70, michaelkors, photokina, photokina2016
All products recommended by Engadget are selected by our editorial team, independent of our parent company. Some of our stories include affiliate links. If you buy something through one of these links, we may earn an affiliate commission.