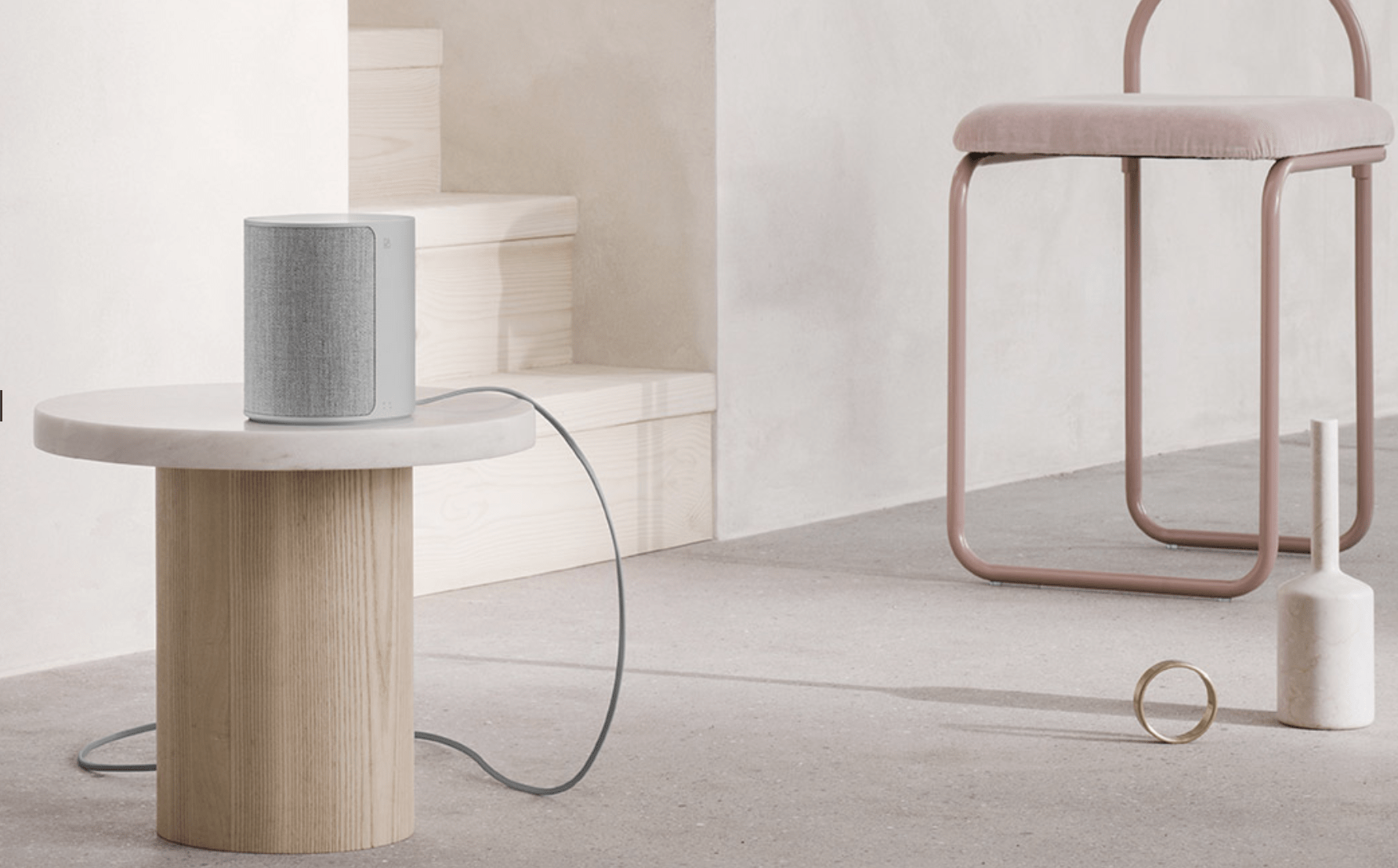 Bang & Olufsen speakers generally sound pretty great, but they're also just as well-known for being very expensive. If you want to outfit a house with wireless speakers, like the Beoplay M5, it's going to get even pricier. Fortunately for those who like B&O's sound and style, there's a new, slightly less expensive option: the $299/£279 Beoplay M3. That's half the price of the Beoplay M5, which will make it a lot easier to get a handful of these and place them around your home.

The M3 comes in two colors (black and "natural" white) and also has changeable covers, like the bigger and more expensive M5 and A6. As for what you'll find inside, the M3 has a single 3/4-inch tweeter and a 3.75-inch woofer -- quite a bit less than the three tweeters, midrange and woofer units found in the M5.

But functionally, both speakers work with AirPlay, Bluetooth and Chromecast technology for streaming your music. Strangely, though, the M3 doesn't have access to Spotify Connect, which lets you directly broadcast music from the Spotify app to compatible speakers -- the M5 can do that, but not the cheaper M3. Still, between Chromecast, Bluetooth and AirPlay most users will be well covered here.

The $300 price point is reasonable, but the M3 has a lot of competition in the wireless audio space. Market leader Sonos has a voice-activated speaker starting at $200 now, and it works directly with far more streaming services. Meanwhile, Apple is getting ready to launch the $350 HomePod and Google has the $400 Home Max coming soon as well -- both of those speakers may cost a little more, but they're larger and have more drivers across the board. Still, if you've wanted to try B&O without totally breaking the bank the M3 should be a decent entry point into their wireless ecosystem.

In this article: av, B&O, BangAndOlufsen, gear, M3, multiroom, multiroomaudio, speaker, streamingmusic, wirelessspeaker
All products recommended by Engadget are selected by our editorial team, independent of our parent company. Some of our stories include affiliate links. If you buy something through one of these links, we may earn an affiliate commission.