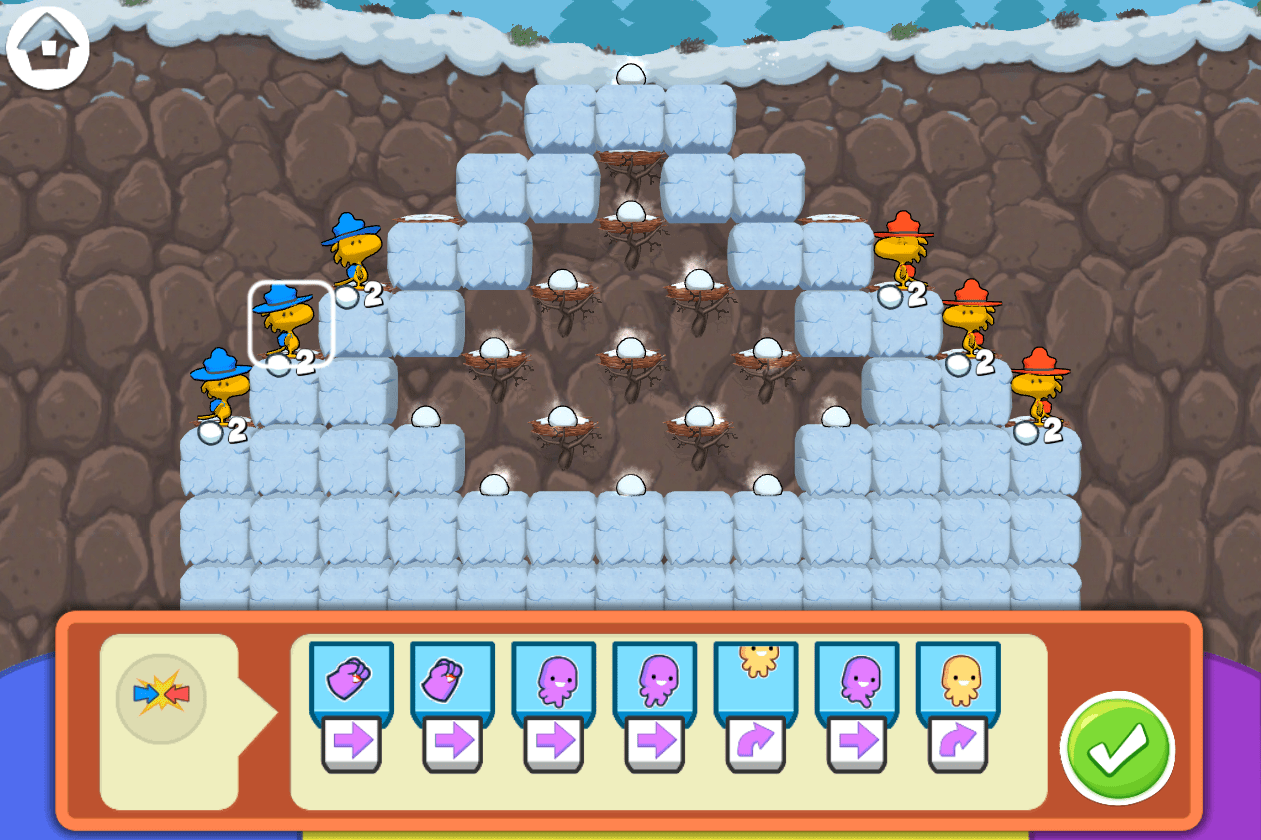 Snoopy is taking a break from lying on his doghouse and staring at the sky to help kids learn about computers and coding. As part of Computer Science Education Week (December 4-10), codeSpark Academy and the Peanuts brand are teaming up to release holiday-themed Snoopy Snow Brawl, a cute multi-player coding game that encourages kids to use problem-solving, strategy and algorithms in a snowball fight between Woodstock and his bird buddies, refereed by Snoopy.

The game focuses on sequencing, with codeSpark claiming that kids score up to 22% higher in sequencing tests after just three sessions. Kids (or adults -- let's not underestimate the universal appeal of the Peanuts gang) can play against each other or the computer, in one-on-one or two-on-two challenges, trying their hands at interactive puzzles and word-free block programming. There are four stages for learners of every level, and they'll get step-by-step guidance along the way. Snoopy Snow Brawl is live now and playable for everyone until January 15, 2018 via the codeSpark Academy app on iOS, Android and the web.

In this article: app, code, codespark, coding, computerscience, game, hourofcode, kids, Peanuts, programming, sequencing, services, Snoopy, SnoopySnowBrawl
All products recommended by Engadget are selected by our editorial team, independent of our parent company. Some of our stories include affiliate links. If you buy something through one of these links, we may earn an affiliate commission.