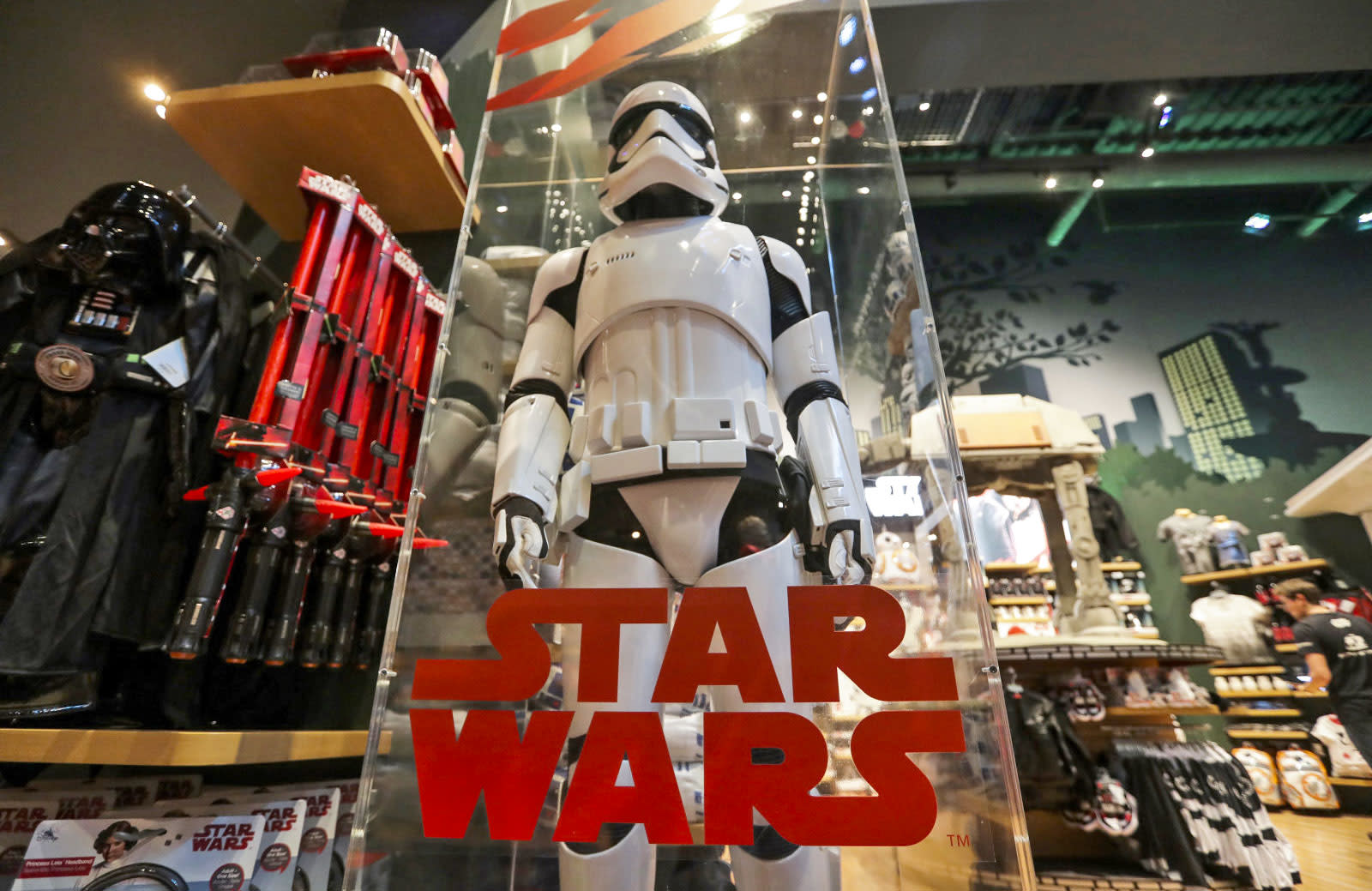 After years of rumors of a live-action Star Wars TV series, it's finally happening. The only catch? It'll be exclusive to Disney's upcoming streaming service, Polygon reports. CEO Bob Iger didn't have any details to share about the new series, but the fact that it's coming is still a bombshell for the Star Wars universe. And, of course, it's also a smart way to sell Disney's streaming service, which is set to launch in 2019.

Additionally, Disney will be producing three other original series from its Marvel, Monster's Inc. and High School Musical franchises. Disney revealed a few months ago that it'll remove its content from Netflix, which includes existing Star Wars films, and move it over to the company's streaming service in 2019.

In this article: av, Disney, entertainment, StarWars
All products recommended by Engadget are selected by our editorial team, independent of our parent company. Some of our stories include affiliate links. If you buy something through one of these links, we may earn an affiliate commission.