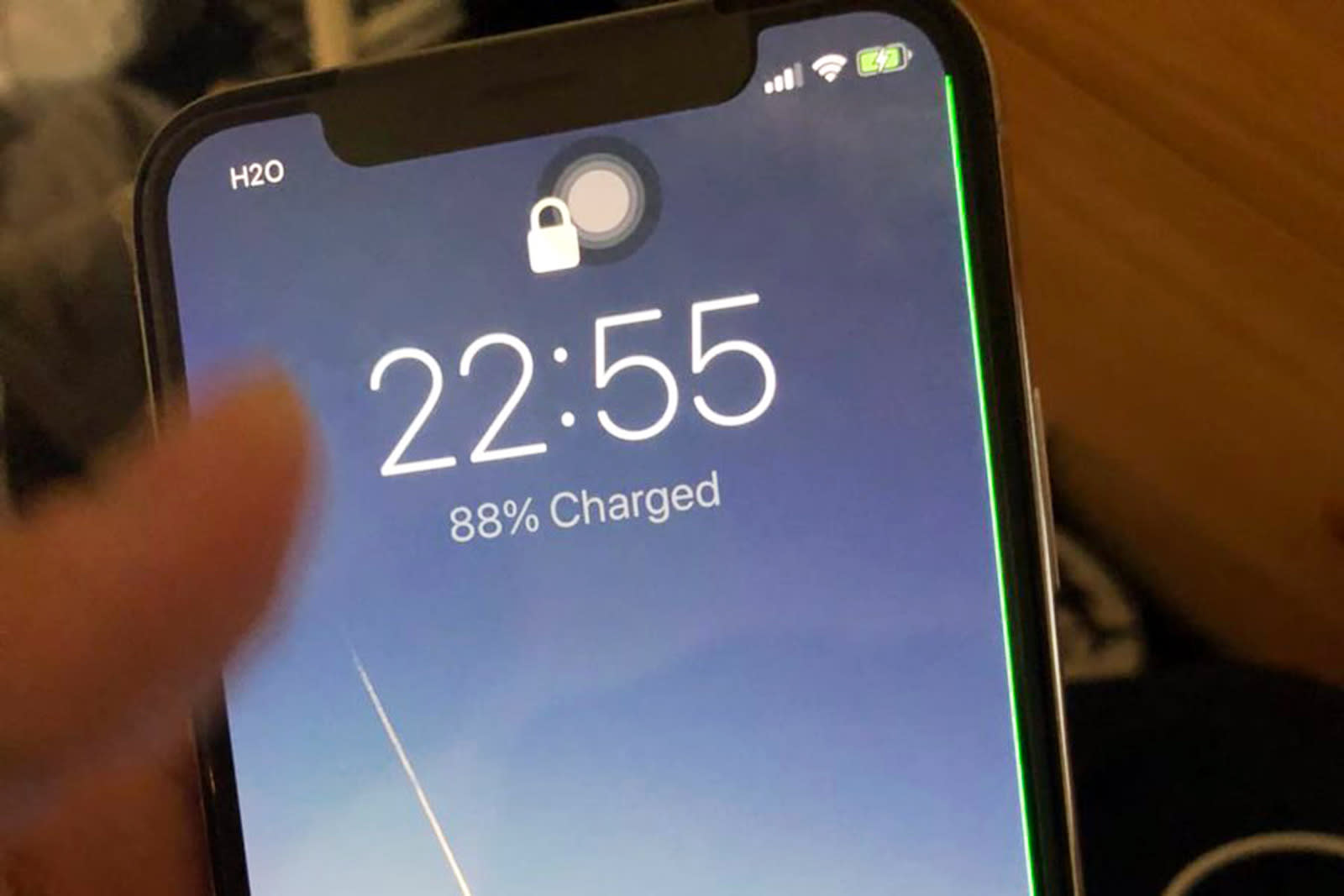 The iPhone X's design revolves around its all-encompassing OLED display, so you can imagine the heartbreak when that display is glitchy... and unfortunately, it looks like a handful of owners are going through that pain. People on Apple's forums, Reddit and elsewhere are reporting a glitch where a green line runs down the left or right edge of the display, regardless of what's happening on-screen. This doesn't appear to affect the functionality, but it's clearly annoying.

We've asked Apple for comment on the issue. It doesn't appear that restarts or other common software solutions fix it, though, and this might be strictly a hardware problem. It's not necessarily an overscan line like you might see on a TV, either. No matter what, it's safe to say that you can get a replacement if the usual troubleshooting proves fruitless.

It's unclear how many people are affected by the green line, although it doesn't appear to be a widespread issue. Between this and the (software-fixable) cold weather responsiveness issue, though, it appears that the iPhone X has some teething troubles. That's not entirely surprising. It's Apple's first phone to use an OLED screen, and it's using a custom (Samsung-manufactured) panel at that -- there may be a learning curve involved as the companies master their production techniques. As it is, Samsung has had problems with its own OLED phones. Provided the iPhone X flaw is a hardware issue, it illustrates the broader issues with manufacturing cutting edge OLED screens.

My new #iPhoneX appears a green line on the screen😂, and the faceID can't recognize me when I with glasses.@Apple @AppleSupport pic.twitter.com/Fgj5fg9v2x

In this article: apple, display, gear, glitch, iphone, iphonex, mobile, smartphone
All products recommended by Engadget are selected by our editorial team, independent of our parent company. Some of our stories include affiliate links. If you buy something through one of these links, we may earn an affiliate commission.