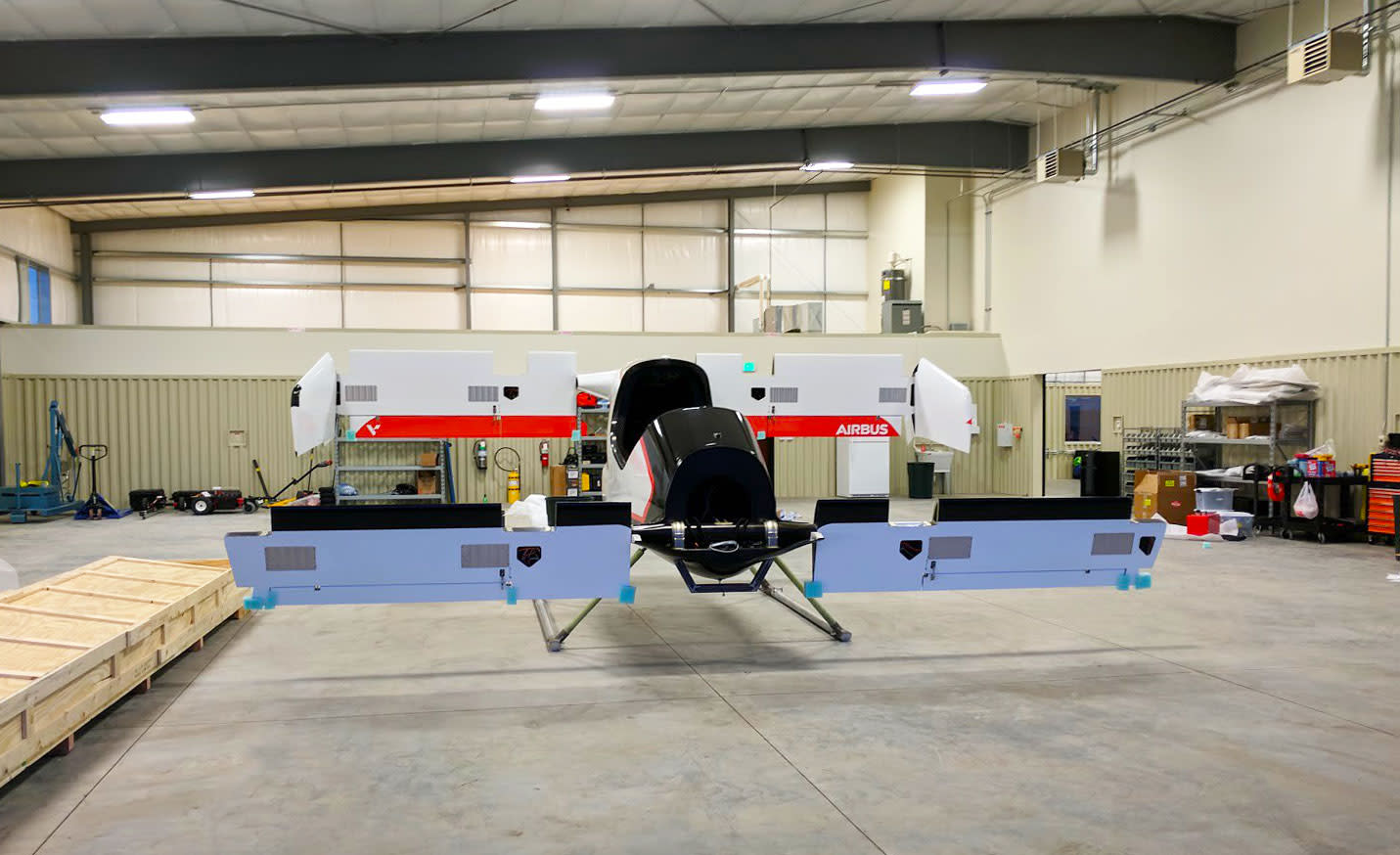 We've covered Airbus's Vahana project, which is the aeronautical company's endeavor to build a self-flying taxi network, in detail before. Now, it looks as though Airbus has reached a major milestone. The company is ready to test its Vahana flying car after moving it from the company's headquarters to a dedicated hangar in Pendleton, Oregon, as the Vahana team details in a blog post.

Preparing the aircraft for shipment meant disassembling it and loading it into a truck. Once it arrived in Pendleton, the team took Vahana's landing gear and towing provisions on its first real-world test. After the aircraft arrived safely in the hangar, the team reassembled it. Because the plane was designed to be quickly assembled and disassembled, this process took less than a day.

Now that this cumbersome process is complete, Vahana can finally make its first test flights. Earlier reports had the aircraft on track to complete its first test by the end of next year, 2018, but it's possible it could come sooner, given the success of the transfer to Oregon.

In this article: airbus, tomorrow, transportation, vahana, hidden:vv_3x4:0a0797e6-93ea-37df-9a9c-45b8ca198ab5, hidden:vv_16x09:c4efdacf-ceab-313d-8891-989d90a024f5
All products recommended by Engadget are selected by our editorial team, independent of our parent company. Some of our stories include affiliate links. If you buy something through one of these links, we may earn an affiliate commission.