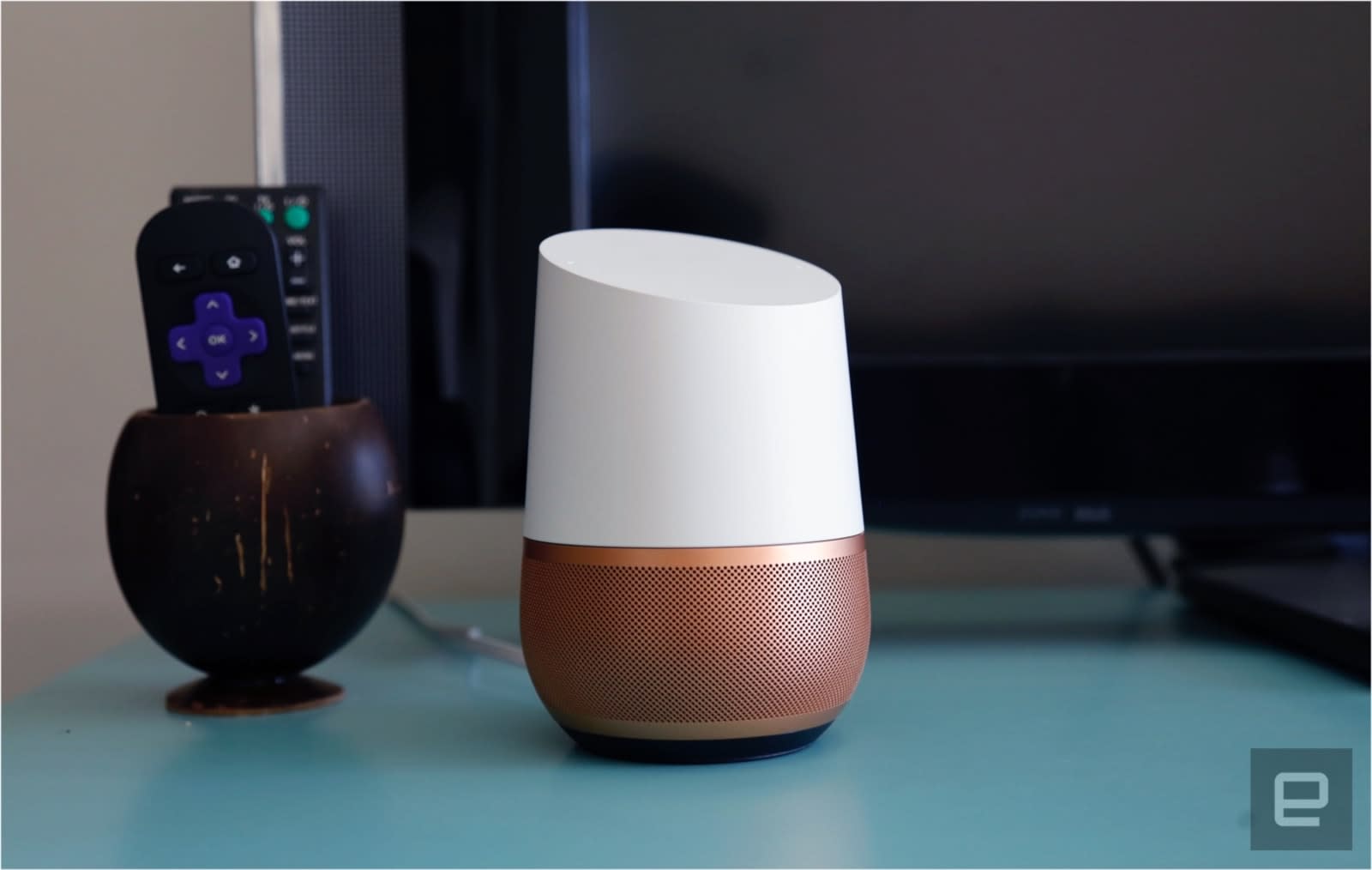 Amazon isn't the only one turning smart speakers into intercoms. Google is pushing an Assistant upgrade that lets you broadcast your voice to every Home speaker in your house using either another speaker or your phone. If you need to gather the household, you just have to say "OK Google, broadcast" and whatever you want to deliver. It'll even ring a dinner bell if you say "it's dinner time." And you don't have to be at home, either -- you can tell the family you're on your way without having to make a phone call or send a text message.

The intercom feature works on all devices signed into the same Google account. You can use it today if you're in a predominantly English-speaking country (Australia, Canada, the UK or the US), but more languages are coming soon. Is Google a little late to the party when Amazon has had an equivalent for months? Probably, but we won't knock the addition. It's one of the most obvious uses for a smart speaker, and it'll be a relief to anyone who's tired of marching around the house or shouting themselves hoarse.

In this article: av, gear, google, googleassistant, googlehome, home, intercom, internet, mobile, speaker
All products recommended by Engadget are selected by our editorial team, independent of our parent company. Some of our stories include affiliate links. If you buy something through one of these links, we may earn an affiliate commission.