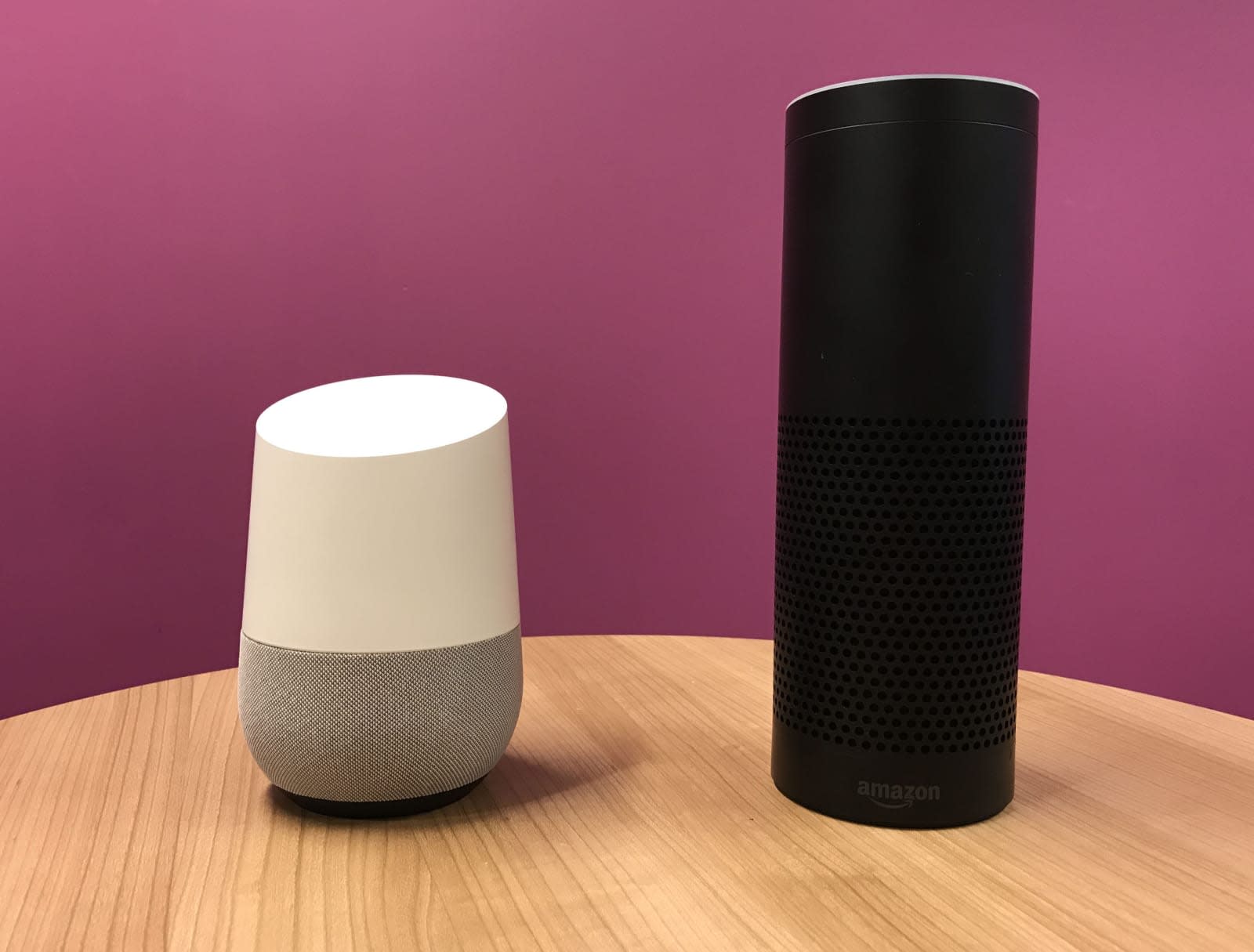 Back in September, Bluetooth-connected device owners got a little scare when security firm Armis disclosed a new hack exploit known as BlueBorne. In theory, bad actors could target smartphones, tablets and such using specific vectors in Bluetooth connectivity. Armis had informed Apple, Microsoft and Google months before and they patched up the vulnerabilities ahead of the news release. But today the firm disclosed that it wasn't just handheld devices that might have been affected -- Amazon's Echo and Google Home were vulnerable, too.

Once again, Armis notified the companies in question long enough for them to patch out the vulnerabilities, so updated devices should be safe. (Echo owners can verify for themselves by making sure their devices are using version v591448720 or newer.) But the firm noted in its release that each of the 15 million Amazon Echoes and 5 million Google Homes sold were potentially at risk from BlueBorne.

Just like the other BlueBorne vulnerabilities, users wouldn't have known if their Echoes or Homes had been affected. But those devices posed additional risk given that they're constantly listening to Bluetooth communications and, thanks to their limited UI, there's no way to turn it off.

In this article: bluetooth, exploit, gadgetry, gadgets, gear, vulnerability
All products recommended by Engadget are selected by our editorial team, independent of our parent company. Some of our stories include affiliate links. If you buy something through one of these links, we may earn an affiliate commission.