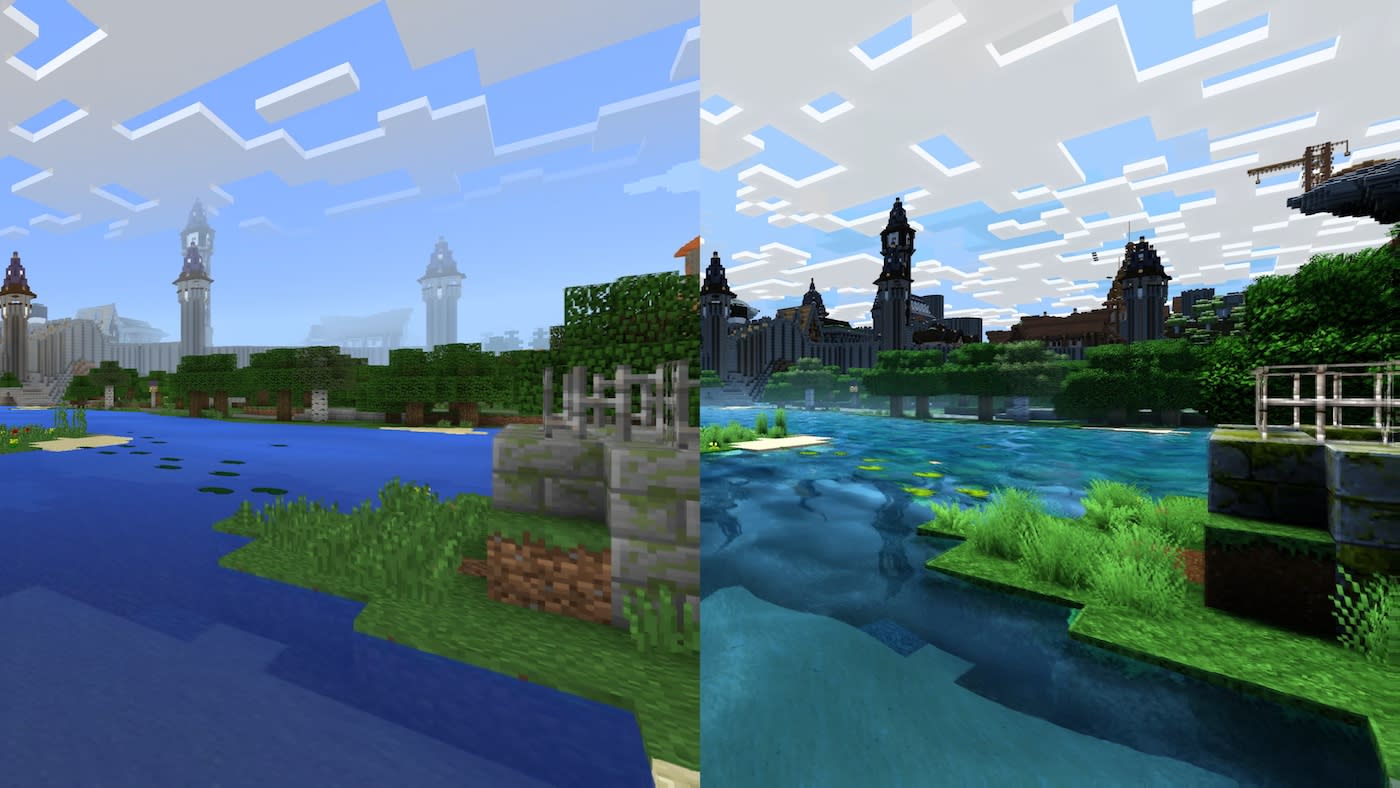 The Minecraft team had a bunch of news at their MineCon Earth convention, but the biggest news may be what's not happening. Mojang and Microsoft have delayed the launches of both the Super Duper Graphics Pack and cross-platform Switch multiplayer to sometime in 2018. They're not elaborating on the reasons behind the delay, but in both cases the features simply aren't finished. More information on the graphics delay is coming "soon," according to the creators.

Instead, the biggest improvement (beyond the Better Together release) is The Update Acquatic, which refines underwater adventures. There are new water physics (such as buoyancy), dolphins, coral and a water-appropriate weapon (the trident). There's no release date just yet.

This certainly isn't going to trigger a crisis for Minecraft players, but it does suggest that the graphics pack and Switch update were more than a little ambitious. It's going to take a while for the world-building game to grow significantly beyond its roots.

In this article: av, cross-platform, games, gaming, microsoft, minecon2017, mineconearth, minecraft, mojang, nintendo, personal computing, personalcomputing, superdupergraphicspack, switch, theupdateaquatic, videogames
All products recommended by Engadget are selected by our editorial team, independent of our parent company. Some of our stories include affiliate links. If you buy something through one of these links, we may earn an affiliate commission.