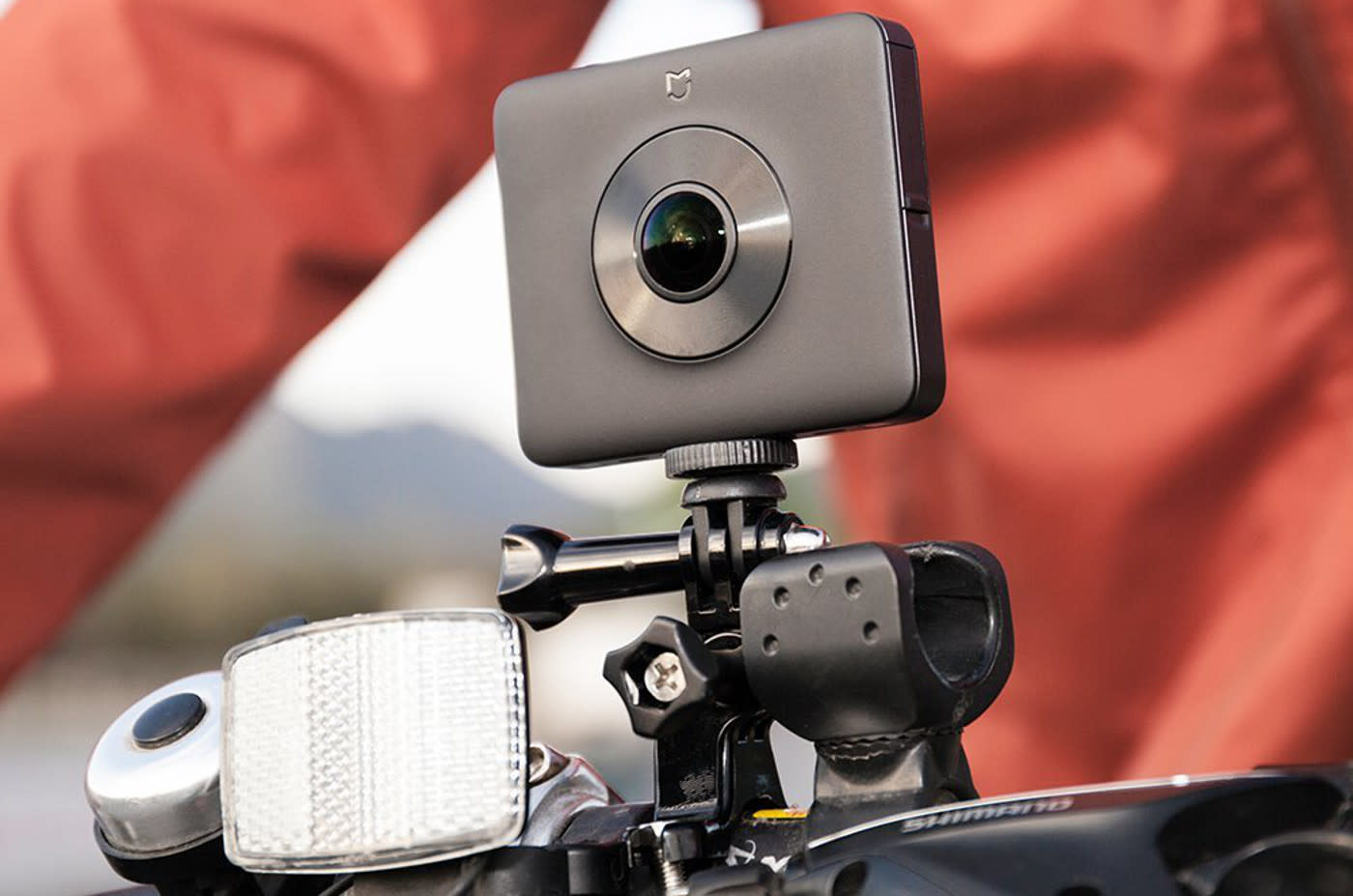 Xiaomi has chosen to focus its efforts on dozens of markets outside the US that very few of its products ever make it stateside. It has slowly been bringing its offerings into the country, though, and has started selling four new products on Amazon (with one more to come) just in time for this year's holiday shopping season. The priciest one you can add to your Christmas list is Xiaomi's GoPro rival, the $300 Mi Sphere Camera kit, which is a 23.88-megapixel 360-degree camera that can record videos in 3.5K.

Xiaomi has also released a $140 robot builder kit with Lego-like components and electronic parts like high-speed motors and engine that you can use to build robotic dinosaurs, Transformer-like machines or pretty much anything you want. You can write programs for your creations with the kit's accompanying app even if you don't know how to write code. If you're not really a builder but love listening to music, the next item in Xiaomi's list is for you: a pair of $130 gold-and-black Hi-Fi stereo headphones that has a closed-loop design that can supposedly block noise.

The company is releasing a cheaper ($25) pair of in-ear headphones, as well, but that's not arriving until November 24th. Finally, there's the manufacturer's 10,000 mAh powerbank with a microUSB and USB Type-C connection for your newer phones. It will only set you back $30, which is quite cheaper than the one Tesla released, though it's also unfortunately sold out at the moment. The sphere camera is also temporarily out of stock, but the headphones and the robot builder are both available and ready to be snapped up as somebody's Christmas gift.

In this article: gadgetry, gadgets, gear, miheadphones, mirobotbuilder, mispherecamera, powerbank, xiaomi
All products recommended by Engadget are selected by our editorial team, independent of our parent company. Some of our stories include affiliate links. If you buy something through one of these links, we may earn an affiliate commission.