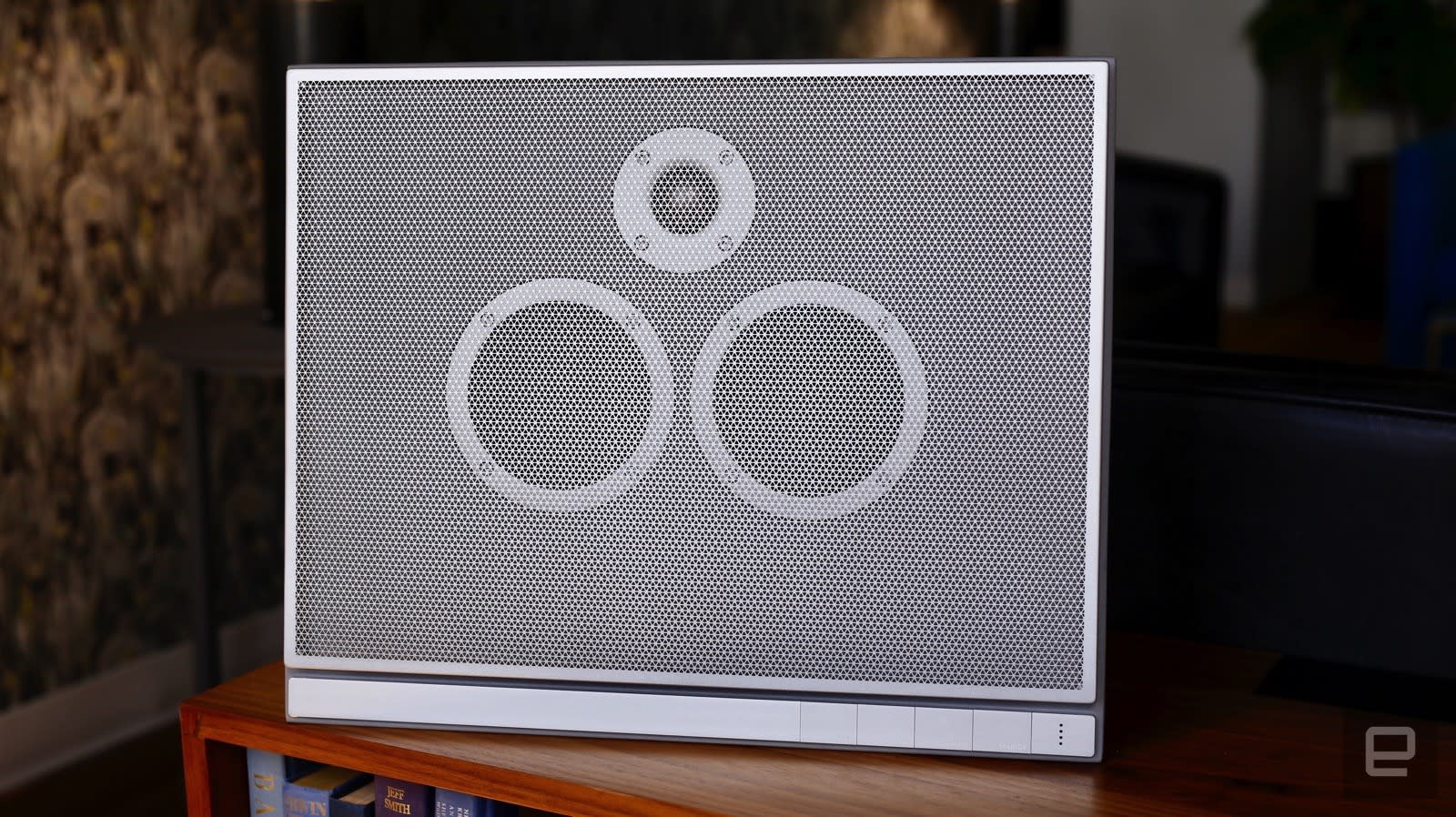 Unfortunately, the MA770’s price tag is its main flaw.

If you're a fan of well-designed headphones that have a unique aesthetic, Master & Dynamic should be at the top of your list. The company has been pairing colored leather and metal accents for years now, creating some of the best looking audio accessories available. Earlier this year, the company ventured into another product category: wireless speakers. In true M&D fashion, it didn't cut corners on design, materials or sound and even opted to make its first model out of concrete. Sure, it's been done before, but concrete speakers are still a novelty. It looks great and, as I discovered after spending several weeks with one, the MA770 is more than capable when it comes to audio quality. But, it's not for everyone.

For the MA770, Master & Dynamic teamed up with Sir David Adjaye, an architect you may know from his work on the National Museum of African American History and Culture at the Smithsonian in Washington, DC. The collaboration resulted in a speaker that exhibits physical weight and dramatic angles, so the ties to Adjaye's work are obvious. To construct the MA770, the company developed a unique type of concrete to increase the material's sound dampening properties and overall acoustics. The shell is also one solid molded piece.

As you might expect, a speaker made out of concrete is pretty heavy -- 35 pounds to be exact. It's definitely a "lift with your legs, not with your back" type situation. The extra heft means you have to give some thought to where the MA770 will sit. Most bookcases and tables will have enough strength to support the audio gear, but you'll need to look beyond a flimsy shelving unit or a small mantle. For me, a dresser was a good spot to accommodate the overall size of the speaker and give it the recommended clearance from the wall. The speaker is much larger than something from the likes of Sonos, Sony and others so placement took some planning. The MA770 is more comparable in size to Bang & Olufsen's BeoPlay A6, another speaker that will put a dent in your wallet. A concrete speaker is something you're going to want to show off in your home, and Master & Dynamic is well aware of that fact. On the face of the MA770, there's a magnetic metal grille that's easily removed to expose the device's dual speakers and single tweeter. You can see through the grille already, but just in case you want to display that bare concrete facade, you're able to do so. Along the bottom of the speaker's front is a metal strip that holds the MA770's four onboard buttons and an LED indicator for which connection is active. The controls are for volume, play/pause and selecting a source and that light will tell you if you've picked Cast, Bluetooth, aux or optical to play your tunes. Since most music apps have audio controls, I only had to get up to change the source rather than to tweak the volume or pause a song.

Once you've found a place to put it, the MA770 is easy to set up. All you have to do is plug it in and download the Google Home app on a phone or tablet. Since Master & Dynamic's speaker uses Chromecast for its WiFi connectivity, you'll need the Google app to get it connected to your home network. In my testing, the speaker was recognized immediately and the setup was complete in less than five minutes. Sometimes connected speakers can take a while to get going or require multiple attempts to get them online. That wasn't the case here, thankfully. From there, broadcasting audio via WiFi to the MA770 is a matter of firing up your favorite compatible audio app and hitting the Cast button. For me, that's a mix of Spotify (through Spotify Connect) and PocketCasts. Bluetooth is available for all of the options that don't play nice with Chromecast, like Apple Music. It works fine, but I rarely used it. And let's face it: If your go-to audio apps are Chromecast-enabled, there's little reason to.

You can also opt to use two MA770 units as a stereo pair for both wired and wireless audio. I wasn't able to test this out as I only had one unit on hand, but if you feel the need to splurge for two, just know this feature is available. In terms of wired connectivity, there's a 3.5mm aux input around back as well as an optical input. Unfortunately, I'm not (yet) a turntable owner so I wasn't able to put the MA770 through its paces with vinyl.

If the audio quality I experienced over Chromecast is any indication, you can expect Master & Dynamic's trademark sound no matter the input method. It's an audio profile that's more "natural," than Vizio and Sony speakers I've tested. I've always liked it on the company's headphones, especially when a lot of other options tend to overly favor the low end. There's also 100W of power at work, so the concrete speaker can blast those tunes at a high volume without sacrificing overall quality. Most genres shine on the MA770, but I found bluegrass, jazz and rock sounded best. The Punch Brothers and Miles Davis especially since they have a ton of detail that can get lost on lesser speakers and headphones. The music was crisp and clear, which allowed the finer points to come through. Indeed, the more conservative approach to bass does have an effect when listening to hip-hop and other genres that need serious low end. Don't get me wrong, Kendrick Lamar, Run the Jewels and Big K.R.I.T. all sound great, but a little more bass could make the MA770 better suited for every genre instead of a few standouts. Sonos is still my top choice -- the sound quality you get for the price is unmatched. With a smidge more bass, the MA770 could put up more of a fight, but as it stands, Sonos is still the first on my list.

Of course, the most pressing issue for many would-be buyers is the price. The MA770 costs $1,800, putting it on a Bang & Olufsen level of luxury. Sure it sounds really good, has a unique look and the allure of using a rather unique material, but that's a lot of money to drop on one piece of audio gear. Even if the price tag is a deal breaker for most people, the MA770 is a lofty first voyage into speakers for Master & Dynamic, and one that checks all the boxes in terms of design, audio and ease of use. Indeed, Master & Dynamic will likely introduce more speakers down the road and the financial commitment should be a little easier to swallow. Consider B&O: The company built its reputation on stellar audio at astronomical prices before introducing the more consumer friendly BeoPlay line, with a variety of speaker options from $2,699 down to $169. The options may not be as diverse as B&O's lineup, but hopefully we'll see some more affordable speakers from Master & Dynamic soon enough. Until then, most will choose to admire the MA770 from afar. If the price isn't a concern, the company is showing off the speaker at its first retail location in NYC's SoHo neighborhood from November 30th through December 24th. You can at least see it in the flesh before you take a chunk out of your savings account.