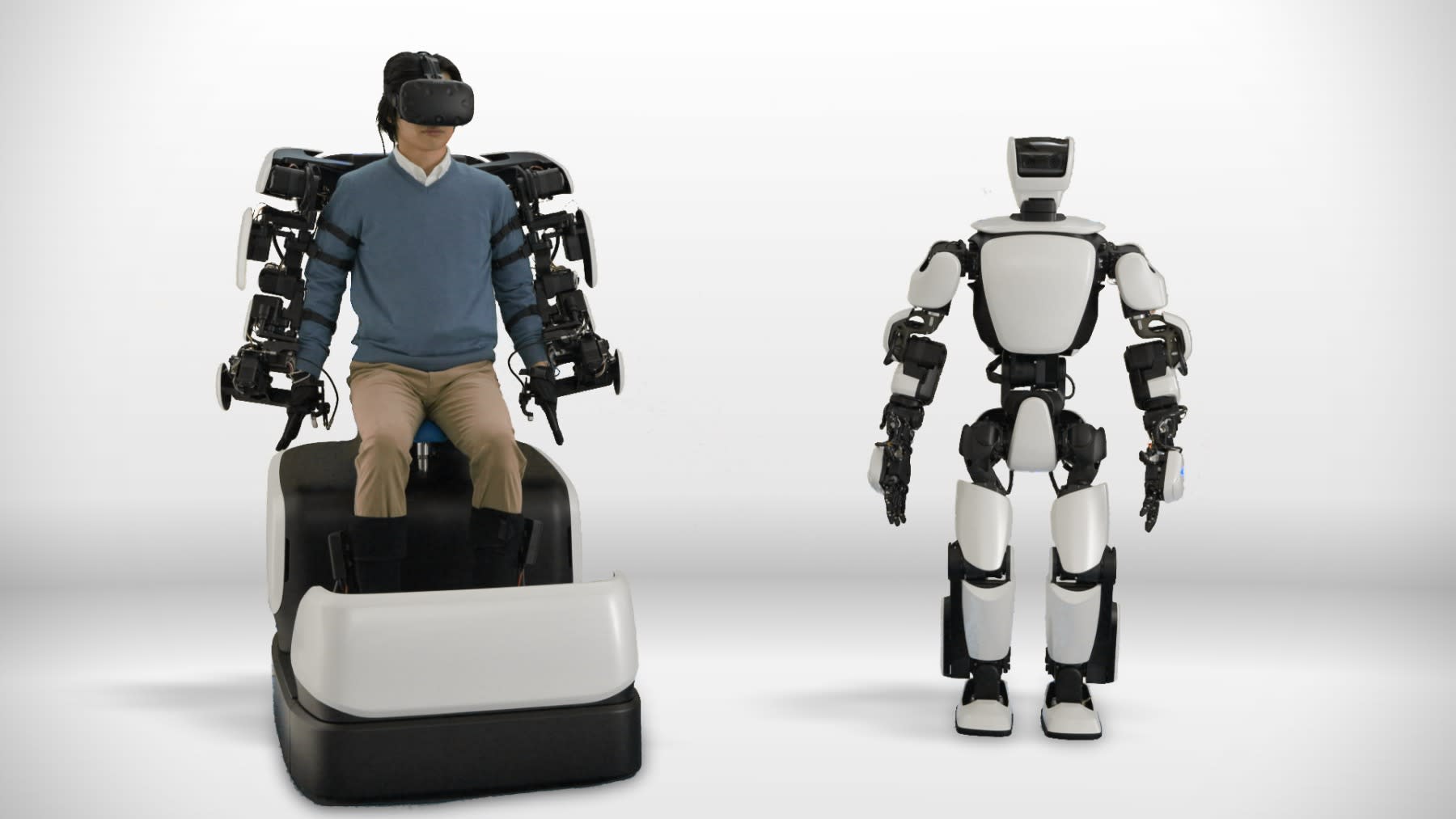 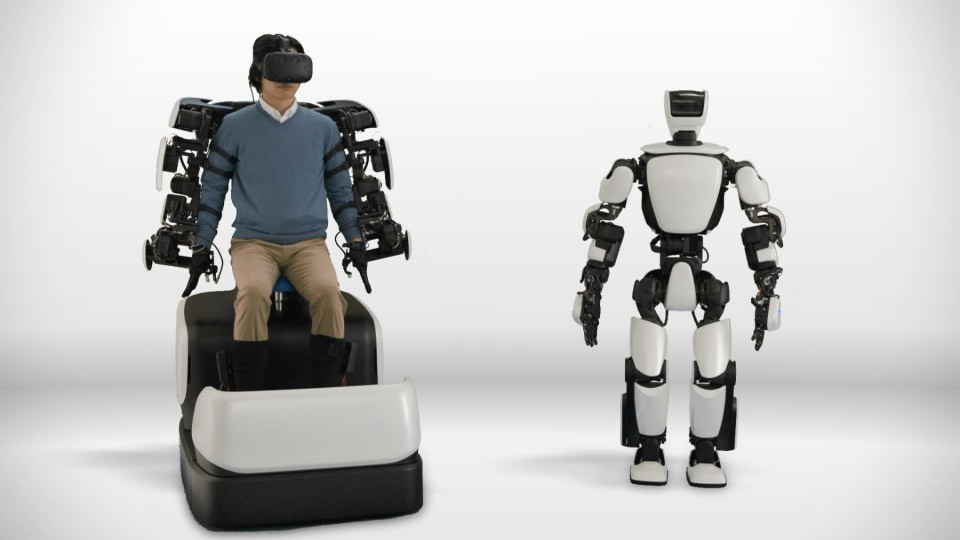 While Honda's ASIMO has taken much of the attention for automaker-built robots, Toyota has been working on humanoid helpers of its own for years, and now it's unveiling a third-generation model. The THR-3 expands on previous models built to test specific joints and movements by putting together a full body to be controlled by a human operating its Master Maneuvering System. The force feedback-enabled control system includes a head-mounted display (HTC Vive), "data glove" and torque servos that allows the operator to "instantly manipulate" the robot by mapping their motions and force precisely. The 5-foot-tall, 165 lb robot is still intended as a test platform, but the idea is to build on this with robots that "home, medical facilities, construction sites, disaster-stricken areas and even outer space." The video shows off T-HR3 practicing its balance, and sensitively picking up a ball without popping it, although there's nothing in the demo that matches the backflipping Boston Dynamics robot -- yet. That may explain why Toyota also pursued acquiring the robot builder before Softbank snapped it up and still has plans to invest over a billion dollars in robots and AI research.

In this article: gear, humanoid, robot, robotics, robots, t-hr3, tomorrow, toyota, video
All products recommended by Engadget are selected by our editorial team, independent of our parent company. Some of our stories include affiliate links. If you buy something through one of these links, we may earn an affiliate commission.