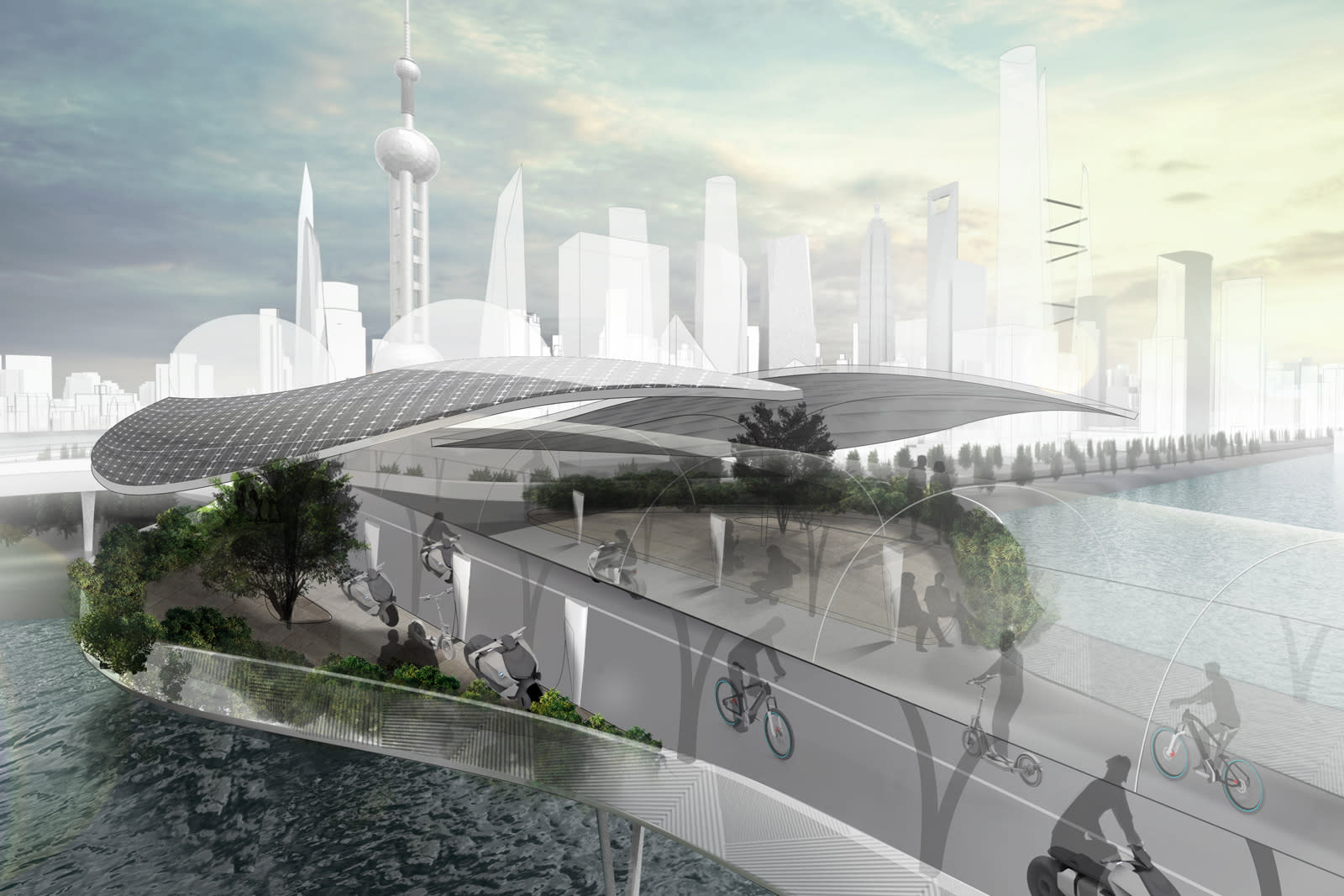 In some cities, the most common electric vehicles are likely to be two-wheelers like bikes and motorcycles. But cities aren't really designed for them -- you have to compete with cars on the road and at charging stations. BMW and Tongji University think they can do better: they've developed a concept, Vision E3 Way, that gives e-bike riders their own roads. The paths would be safer and reduce traffic congestion, as you might expect, but they'd also take advantage of the electric nature of the vehicles to make two-wheel riding more accessible.

The routes would typically sit above regular roads, and would be decidedly cozier thanks to covering and a cooling system driven by purified rainwater. An automatic speed limit (in the concept, about 15.5MPH) and AI-driven traffic management would prevent the faster vehicles from crashing into scooters. And you might not even need to own a machine to use it -- BMW envisions a rental system where you'd pick up a bike at an access point if you need to get across town in a hurry.

You won't necessarily see something like this in markets where cars dominate, like North America. A system like Vision E3 Way could be very useful in countries like China, however. It's not just that many more people ride bikes in these areas -- it's that high population densities could necessitate separate, automated roads to keep traffic flowing. The challenge is getting cities to take up the idea. Even if these roadways don't cost much to build, it's no mean feat to significantly alter the urban landscape.

In this article: bmw, concept, e-bike, ElectricBike, ElectricMotorcycle, ev, gear, road, tomorrow, tongjiuniversity, transportation, urbanplanning, visione3way
All products recommended by Engadget are selected by our editorial team, independent of our parent company. Some of our stories include affiliate links. If you buy something through one of these links, we may earn an affiliate commission.