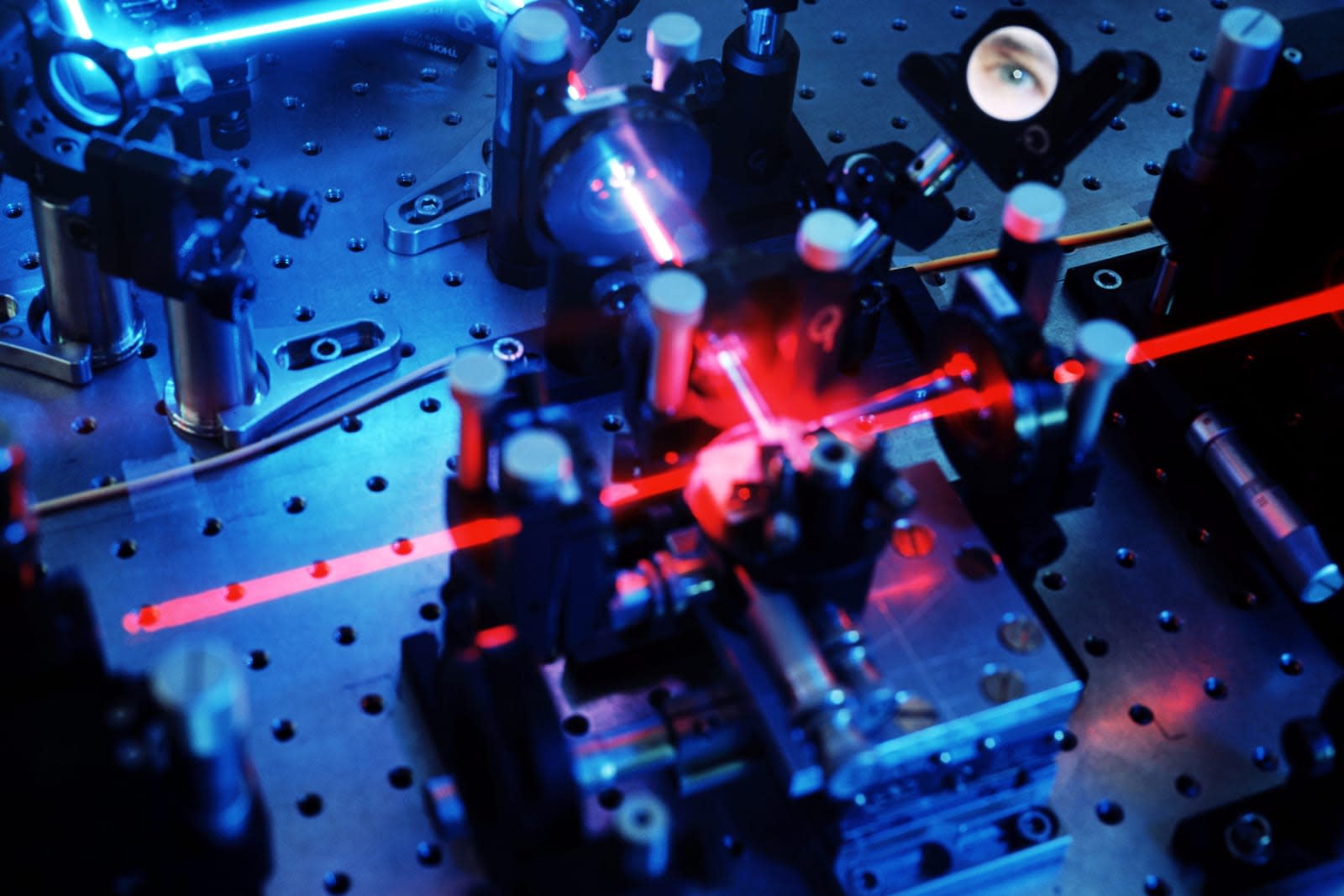 Quantum encryption is theoretically a dream for security, as you can't even inspect the data without altering it. However, it's currently several times slower than the conventional kind, which makes it impractical for voice calls or streaming video. Science may have come to the rescue, though: researchers have developed a quantum encryption key distribution system that promises to be five to 10 times faster than existing methods, or roughly on par with conventional encryption when run in parallel. The trick was to cram more data into each photon.

Normally, you can only encode one bit per photon by using a weak laser. The team discovered that it could encode two bits by tweaking the release time of photons and using high-speed photon detectors to track these changes. Effectively, they're giving photons properties they couldn't have before.

There's a lot of effort left before this becomes practical, not the least of which is the size: a transmitter/receiver combo would be about as large as a computer. It's more realistic than you might think, mind you. All the parts beyond the single-photon detector are readily available, and it could even be used for "free space" (read: over the air) transmissions. Eventually, there may be a time when you could hold a secure voice chat knowing that even the most determined spy couldn't listen in.

In this article: DukeUniversity, encryption, internet, personal computing, personalcomputing, quantumcomputing, quantumencryption, science, security, tomorrow
All products recommended by Engadget are selected by our editorial team, independent of our parent company. Some of our stories include affiliate links. If you buy something through one of these links, we may earn an affiliate commission.