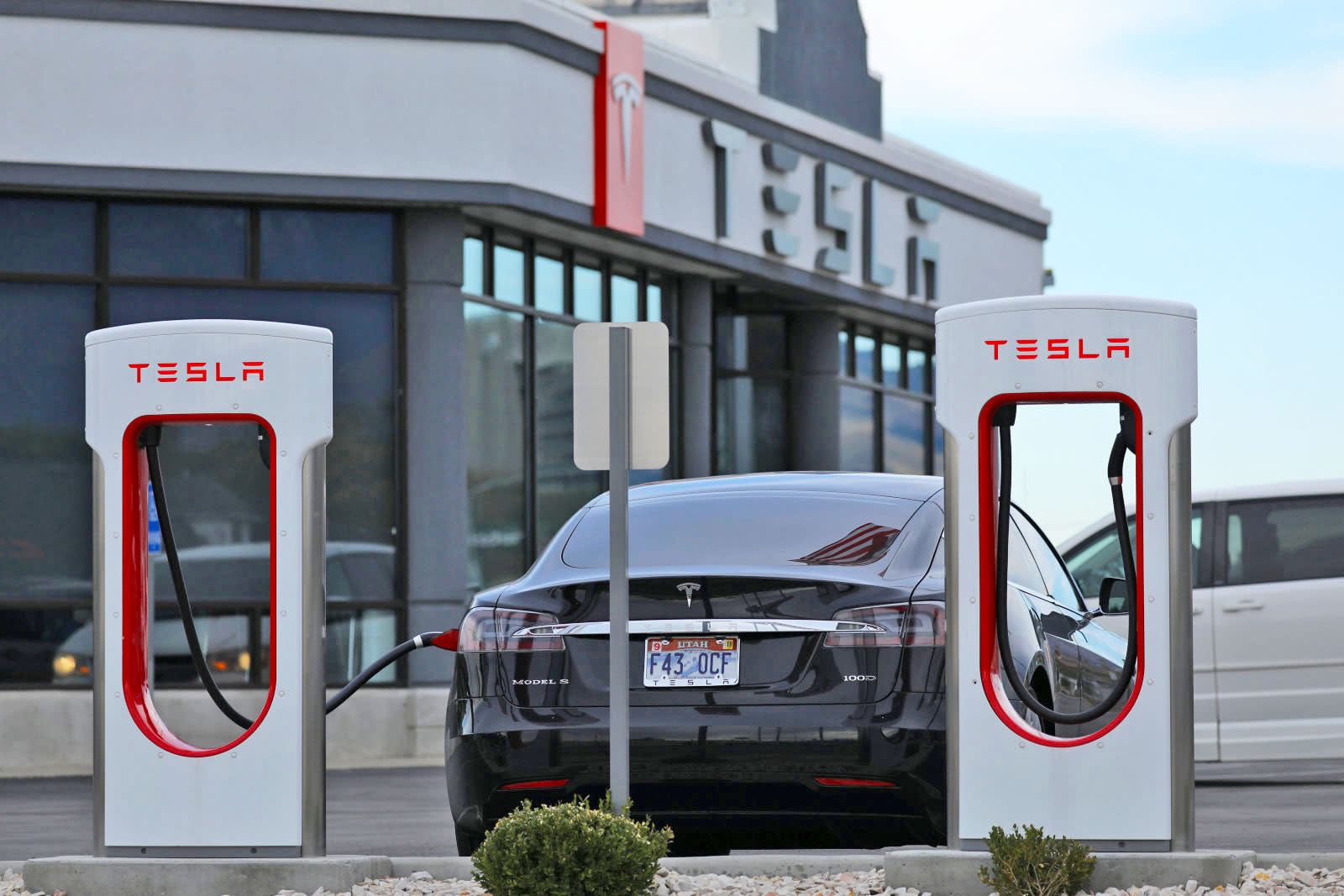 Tesla's aren't easy to steal, but thieves in Utah allegedly made off with three $80,000 models by breaking into a dealership and stealing the fobs. After that, however, their master plan fell comically apart. "One guy claimed a family member had died and left them all this stuff, but two of them actually said (it was given to them) by (a man named) Tesla," South Salt Lake police detective Gary Keller told Fox 13.

Investigating a break-in at the dealership, police tracked down a suspect in one of the stolen Teslas and found him to be in possession of keys, the dealership's business license and a check for $49,500 made out to Tesla. In a burst of what may have been alcohol-fueled inspiration, he claimed his name was "Tesla" and that someone he barely knew gave him the car and keys.

While police checked clues at the dealership, a stolen Tesla happened to drive right by them. It ran out of battery power a moment later, so police easily picked up the 27-year-old female suspect, who apparently forgot about the whole "never return to the scene of the crime" thing.

Later in the morning, the third stolen vehicle was found parked outside (wait for it) a liquor store. The latter two individuals said they were part of the "Tesla family" and the woman said she received the high-priced vehicle from "Mr. Tesla" himself.

Luckily the cars were undamaged and the doors not pried, likely because the thieves had the keys to get in. After getting lucky with the initial theft, it's pretty clear they weren't criminal masterminds, though. "It's one of those cases where you're going, 'What?' and you're scratching your head," Keller told KSL.com. "The good thing is we have four people in custody and hopefully all the property returned."

In this article: Dealership, gear, green, Mr.Tesla, Tesla, Theft, transportation, Utah
All products recommended by Engadget are selected by our editorial team, independent of our parent company. Some of our stories include affiliate links. If you buy something through one of these links, we may earn an affiliate commission.