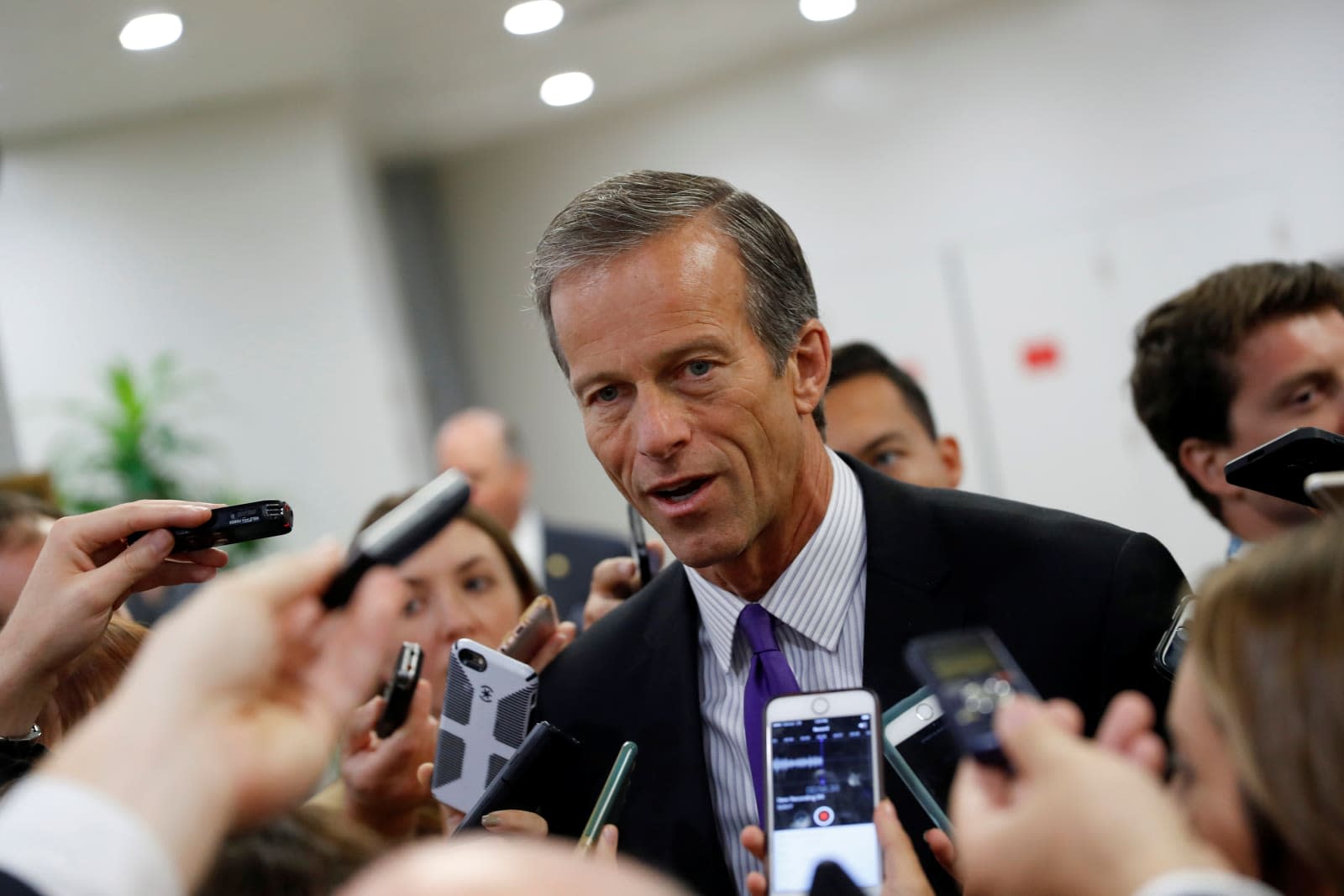 Five states are already investigating Uber's breach that exposed data on 57 million of its users, which the company hid for a year. But now the ridesharing titan will have to explain its actions to Congress. Five Democratic and Republican Senators sent a series of letters to Uber asking why it didn't inform customers sooner, whether it's working with law enforcement and how it will help the users affected.

Four Republicans headed by John Thune (R-SD), who lead committees overseeing tech, telecom, finance and data security, sent a letter to Uber asking when the company discovered the data had been stolen, when it had alerted authorities and if users' Social Security numbers were compromised. The lone Democrat Mark Warner (D-VA) inquired as to why Uber didn't have better security and why it didn't inform affected users earlier.

Uber is "working to respond to their inquiries and address their concerns," the company told Recode. At the least, we know that Uber's new CEO Dara Khosrowshahi was told about the breach two weeks after he assumed his office on September 5th, sources informed The Wall Street Journal. Between learning about it and informing the public over two months later, Uber determined exactly how many users were affected and fired the executives who covered up the breach.

When reached for comment, an Uber spokesperson said: "We take this matter very seriously and we are happy to answer any questions regulators may have. We are committed to changing the way we do business, putting integrity at the core of every decision we make, and working hard to re-gain the trust of consumers."

In this article: breach, congress, DataBreach, security, uber
All products recommended by Engadget are selected by our editorial team, independent of our parent company. Some of our stories include affiliate links. If you buy something through one of these links, we may earn an affiliate commission.