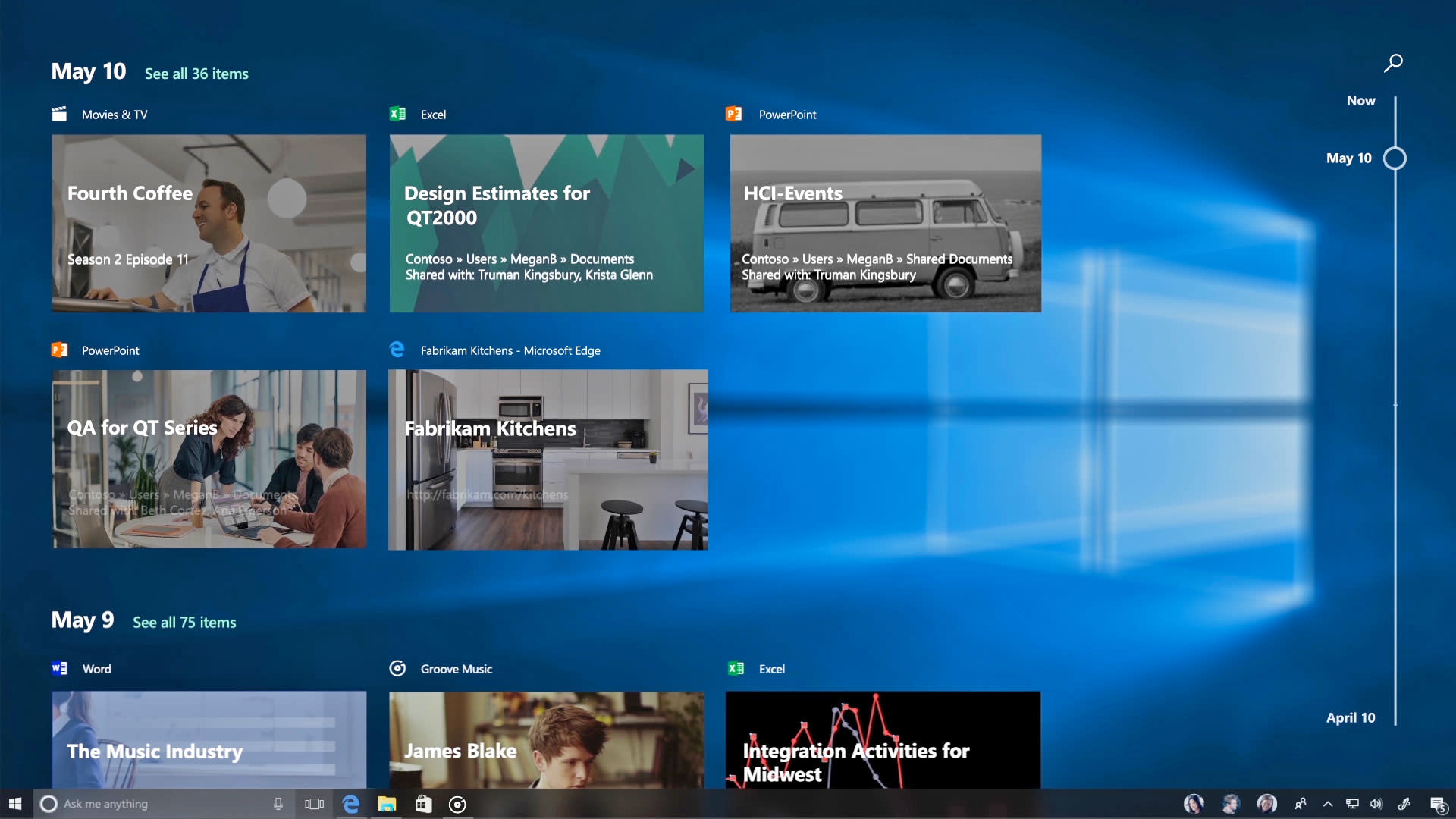 If you were bummed that this fall's Creators Update for Windows 10 didn't include Microsoft's version of Handoff, we feel you. But if you're a Windows Insider Program member, there's good news: Timeline will soon be available to folks in the Fast Ring. Cool, right?

The feature was first shown off at Build back in May and its tools for resuming work from where you left off, regardless of the device you were using at the time, seemed incredibly ambitious. It was so ambitious that they wouldn't make it in time for September's big update. In July, Microsoft's Joe Belfiore said that the feature wouldn't launch until sometime after the seasonal patch.

And that brings us back to today; closing the loop if you will. Timeline isn't nearly as flashy as the other new feature that's out soon -- Sets -- but it's still pretty useful.

In this article: desktop, fastring, gear, microsoft, patch, personal computing, personalcomputing, timeline, update, windows10, windowsinsiderprogram
All products recommended by Engadget are selected by our editorial team, independent of our parent company. Some of our stories include affiliate links. If you buy something through one of these links, we may earn an affiliate commission.