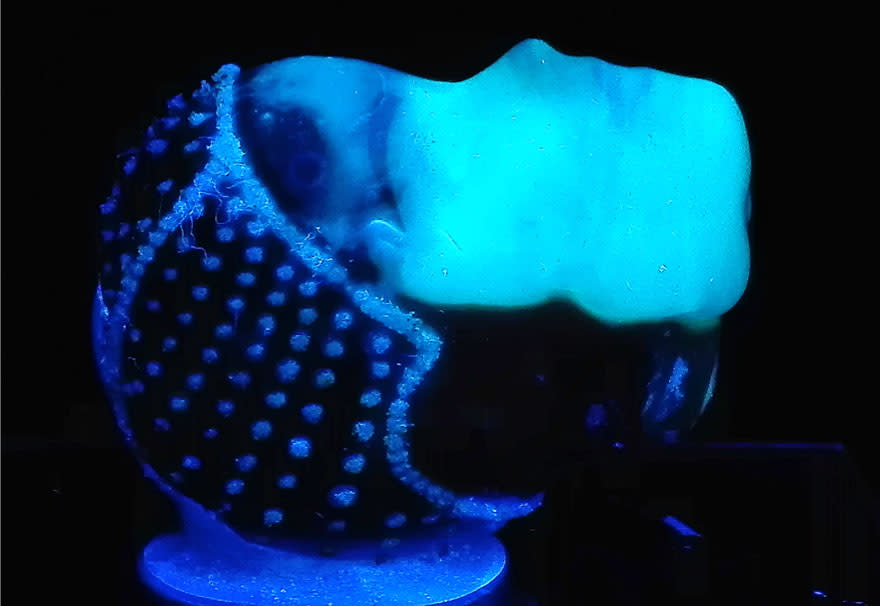 In a new study published today in Science Advances, researchers present a 3D-printable ink that contains bacteria and they say that depending on what species of bacteria it holds, the ink stands to have a number of useful applications. "Printing using bacteria-containing hydrogels has enormous potential, as there is such a wide range of useful bacteria out there," Patrick Rühs, an author of the study, said in a statement.

The scientists behind the material have dubbed it "Flink," for "functional living ink and it's composed of a hydrogel mixed with both bacteria and the nutrients required to keep that bacteria alive. It can be 3D-printed into nearly any shape, but the challenge was finding the right texture. If the ink is too stiff, the bacteria aren't be able to move and in some cases aren't able to secrete useful products, limiting their benefits. However, if it's too thin, the structures aren't able to hold their shapes. "The ink must be as viscous as toothpaste and have the consistency of Nivea hand cream," said Manuel Schaffner, a researcher on the project.

The research is in the early stages, but the ink could be used in many different ways. In the study, the researchers showed that with one type of bacteria, the ink could be used to break down a toxic chemical often produced as a byproduct in the chemical industry while a second type of bacteria that naturally secretes cellulose could be used in medical applications, like burn treatments and skin replacements, for example. With other species of bacteria, the researchers envision uses for cleaning up oil spills, sensing toxins in drinking water or studying how bacteria form biofilms.

The next steps are to find ways of speeding up printing times and scaling up production.

In this article: 3dPrinting, bacteria, biomedical, ink, medicine, research, tomorrow, treatment, video
All products recommended by Engadget are selected by our editorial team, independent of our parent company. Some of our stories include affiliate links. If you buy something through one of these links, we may earn an affiliate commission.