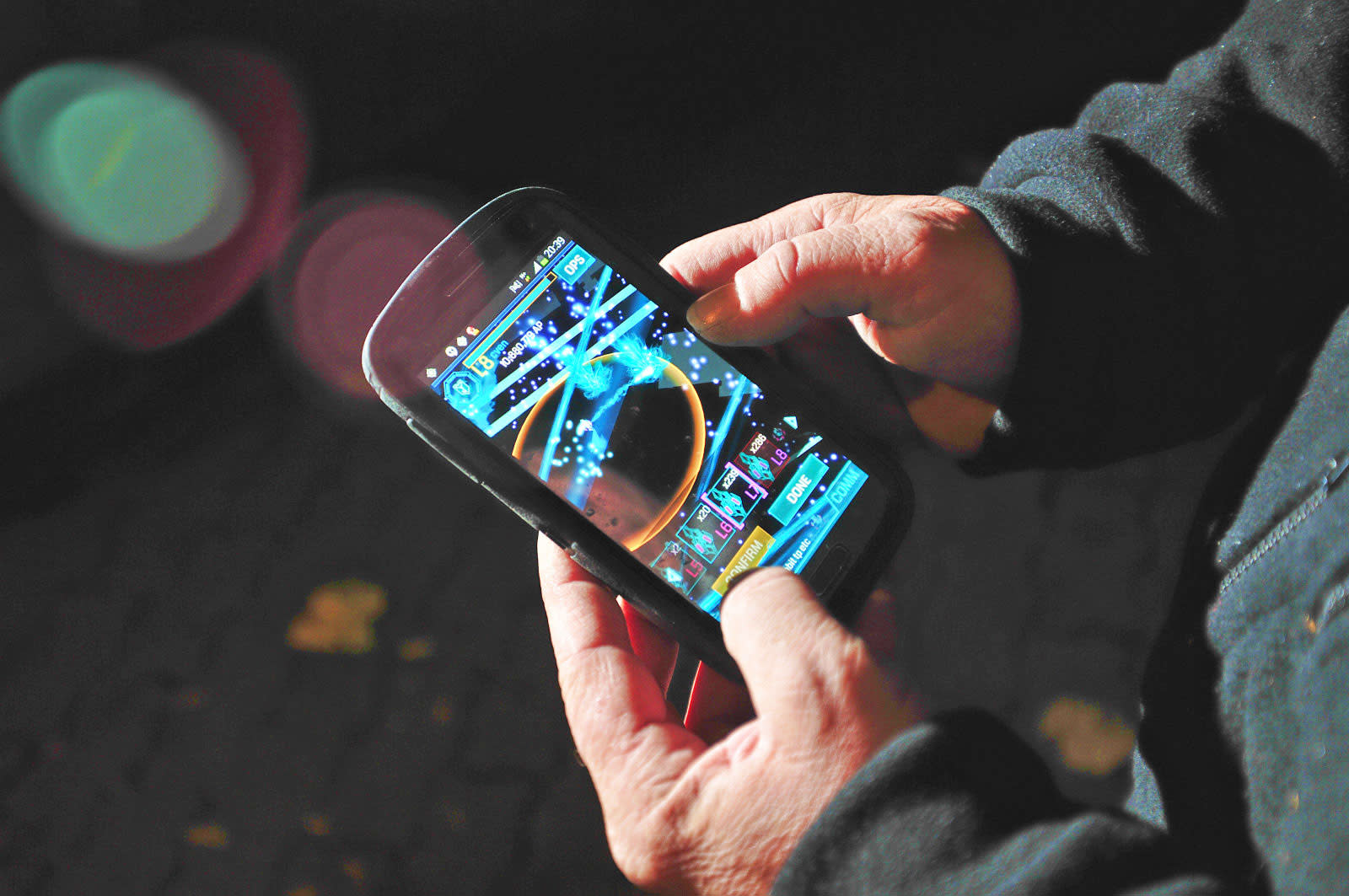 With all the buzz around Pokémon Go and an upcoming Harry Potter game, it's easy to forget about Niantic's original augmented reality title, Ingress. It's looking old in the tooth, and not just because of its 2012-era visuals -- it's using aging tech that was made long, long before augmented reality hit the mainstream. The pioneering release is about to catch up, though. Niantic has offered a peek at Ingress Prime, a revamp of its hidden-reality sci-fi game due to launch in 2018. It'll sport a more polished, up-to-date design, but the biggest improvements will come from Pokémon Go... and not just the expected under-the-hood elements.

The company explained to The Verge that Prime will share the same underlying platform as its Pokémon counterpart. This will not only let it share upgrades and fight cheaters, but make use of slicker augmented reality frameworks like ARKit and ARCore. More importantly, the reworked Ingress should be considerably more accessible to newcomers. Niantic is aware that the game is relatively cryptic (it's something of an exclusive club that depends on finding teammates), and it's using lessons learned from Pokémon Go to give you a gentler introduction.

Story will also get an overhaul. The core plot is familiar (we'd expect exotic matter and the Shapers to play prominent roles), but it'll unfold differently and will even include anime segments to tell the tale.

Let's be honest: Ingress will likely continue to live in the shadow of Pokémon (and eventually Harry Potter) without brand recognition to reel people in. However, the improvements coming with Prime could keep it relevant, making sure that the game isn't just limited to hardcore fans willing to master the game and immerse themselves in the storyline.

In this article: augmentedreality, games, gaming, ingress, ingressprime, internet, mobile, niantic, pokemongo, video
All products recommended by Engadget are selected by our editorial team, independent of our parent company. Some of our stories include affiliate links. If you buy something through one of these links, we may earn an affiliate commission.