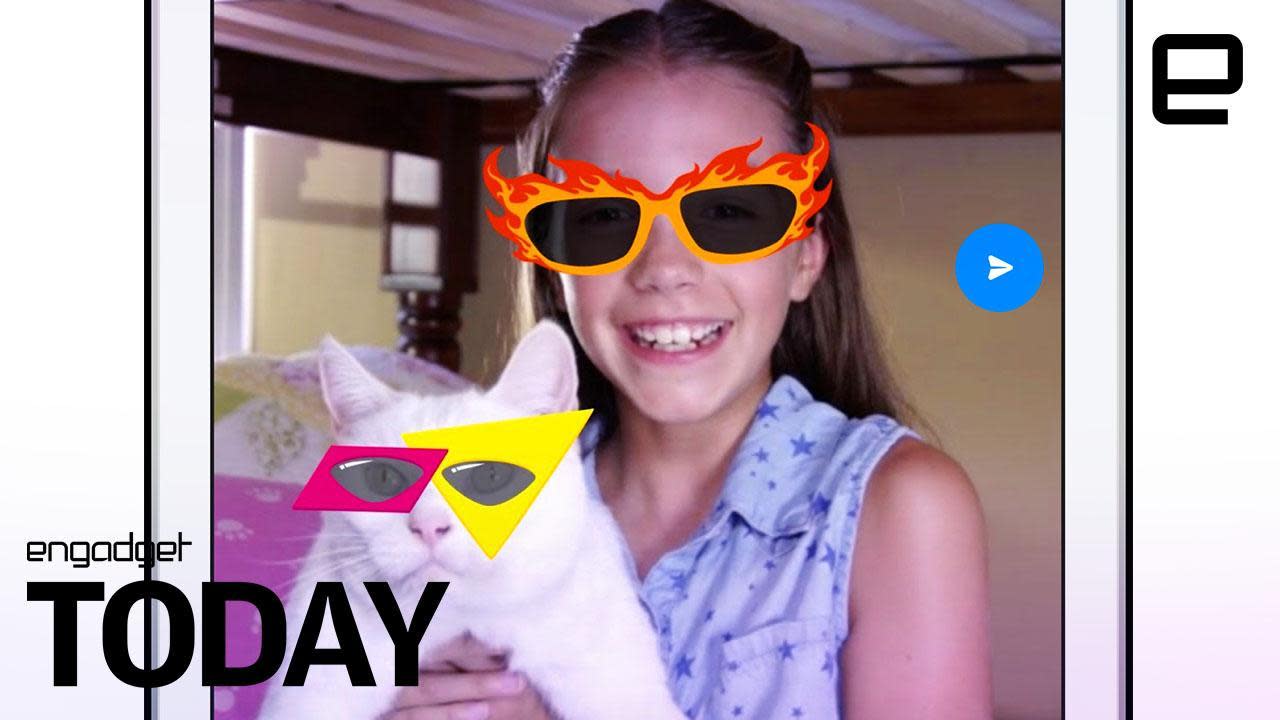 It's no surprise that kids are using technology at a pretty young age these days, and a key part of that is using it to communicate with friends and family. But most kids tend to use tablets or iPod Touches that don't have phone numbers, so normal texting and video chats are a no-go (unless it's with mommy's phone, which isn't always great for mommy). Sure you could use an app like FaceTime or Hangouts, but most of them don't offer the kind of control that parents want, especially for really young kids. Facebook, however, has come up with a solution. It's called Messenger Kids and yes, it's basically a standalone child-friendly Messenger app with parental controls baked right in.

But let's say your child wants to befriend other children, like his classmate Peggy, on Messenger Kids. What then? In this case, you have to already be Facebook friends with Peggy's parents. If Peggy is already on Messenger Kids, you'll see her name under her parent's name and you can tap it to add her as a friend to your child. Peggy's parents will then have to approve your contact request in order to add your child to Peggy's friends list. And, of course, parents can remove Messenger Kids contacts at any time from their own account, and the child cannot reinstate an account that have been removed. On top of that, Messenger Kids has report and block controls within the app itself, so kids can report and block people if they want. And, any time a child reports or blocks anyone, their parents will get a notification letting them know about it. Loren Cheng, a product manager at Facebook who led the Messenger Kids project, said that the company actually has a dedicated team at Facebook who looks at all the reports, and will proactively ban any account that is seen as harmful.

As for the app itself, it's designed to be very visually oriented. The home screen has big thumbnail shortcuts to frequent contacts like friends and family, with a heavy emphasis on real-time video chat. "Kids really like real-time communication," said Cheng. "They want to be in the moment, back and forth [...] Kids see communication as play." Of course, Messenger Kids also allows for normal text-based communications as well, just like regular Messenger.

That is also why the video chat on Messenger Kid is loaded with emojis, GIFs, selfie frames and stickers, all of which have been screened to be age-appropriate. In fact, Facebook actually built a custom art team just for Messenger Kids, and worked with child development experts across the country to come up with what would be good for kids at this age, developmentally, and what would be good for families. One particular photo mask, for example, is an AR experience that helps educate kids about vaquitas, an endangered species of dolphins, and immerses them in a scuba-diving environment.

Facebook told us that it took great pains to reach out to child development experts such as the National PTA, the Center of Media and Child Health, the American Association of Pediatrics and many more as part of an Advisory Committee when developing Messenger Kids.

"What we learned is that parents want more control over who their kids have contacts with," said Antigone Davis, Facebook's head of safety. "They want the content to be appropriate, and they want to have better control over time spent on these technologies." At the same time, Davis said that parents also want their children to be digitally literate, and to build the skills necessary to communicate in the modern world.

"Messenger Kids was designed to bring families together for conversations, as kids learn how to navigate the digital world," said Cheng.

Messenger Kids is available for preview in the US starting today. It's iOS-only at launch, but will roll out to Android users later this month.

In this article: aoloriginals, dailyshow, Engadget, EngadgetToday, engadgetvideo, entertainment, facebook, Facebookmessenger, gear, internet, KerryDavis, messengerkids, mobile, video
All products recommended by Engadget are selected by our editorial team, independent of our parent company. Some of our stories include affiliate links. If you buy something through one of these links, we may earn an affiliate commission.