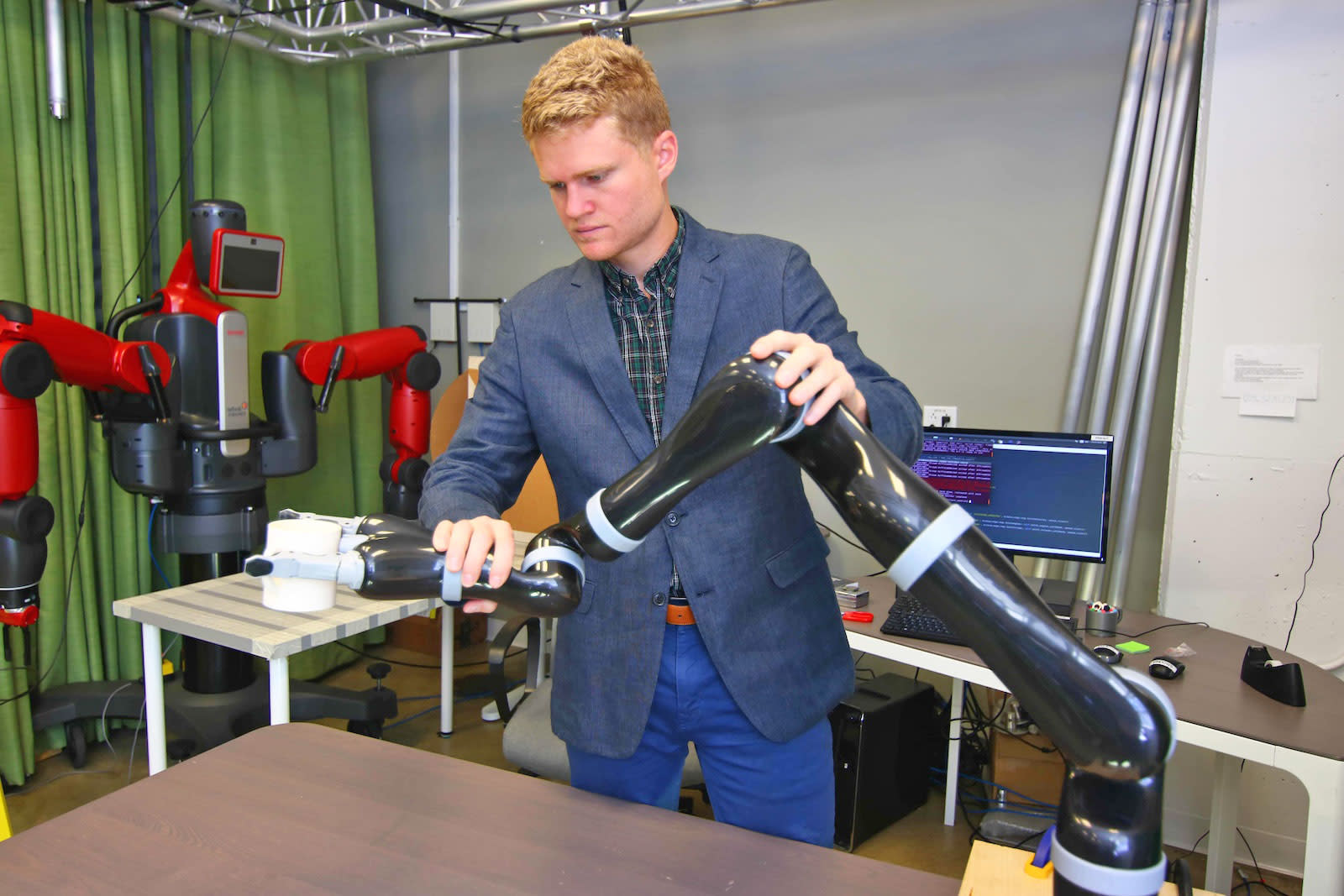 Researchers at Rice University have developed a way to train robots with just a little push. Their method uses algorithms that allow robots to not only respond to a human's touch in the moment, but alter their trajectory based on that physical input. "Here the robot has a plan, or desired trajectory, which describes how the robot thinks it should perform the task," said graduate student Dylan Losey about the project. "We introduced a real-time algorithm that modified, or deformed, the robot's future desired trajectory."

Typically, when robots are programmed to respond to physical contact from a human, they usually only only do so in the moment and go right back to their original trajectory soon thereafter. But with the Rice team's algorithms, their robots were able to take that input and use it to adjust their trajectories in real time. "By replanning the robot's desired trajectory after each new observation, the robot was able to generate behavior that matches the human's preference," said Losey.

You can check out the robot in action in the video below. In it, the researchers show that when the robot was in a typical impedance mode, humans could only adjust the robot's movements temporarily and changing the path in any real way took constant adjusting. But when it was placed in learning mode, a single adjustment could set the robot on a new, more desirable path. "The paradigm shift in this work is that instead of treating a human as a random disturbance, the robot should treat the human as a rational being who has a reason to interact and is trying to convey something important," Losey said in a statement. "The robot shouldn't just try to get out of the way. It should learn what's going on and do its job better."

The research was published recently in IEEE Transactions on Robotics.

In this article: algorithm, design, gadgetry, gadgets, gear, impedance, learning, RiceUniversity, robots, training, video
All products recommended by Engadget are selected by our editorial team, independent of our parent company. Some of our stories include affiliate links. If you buy something through one of these links, we may earn an affiliate commission.