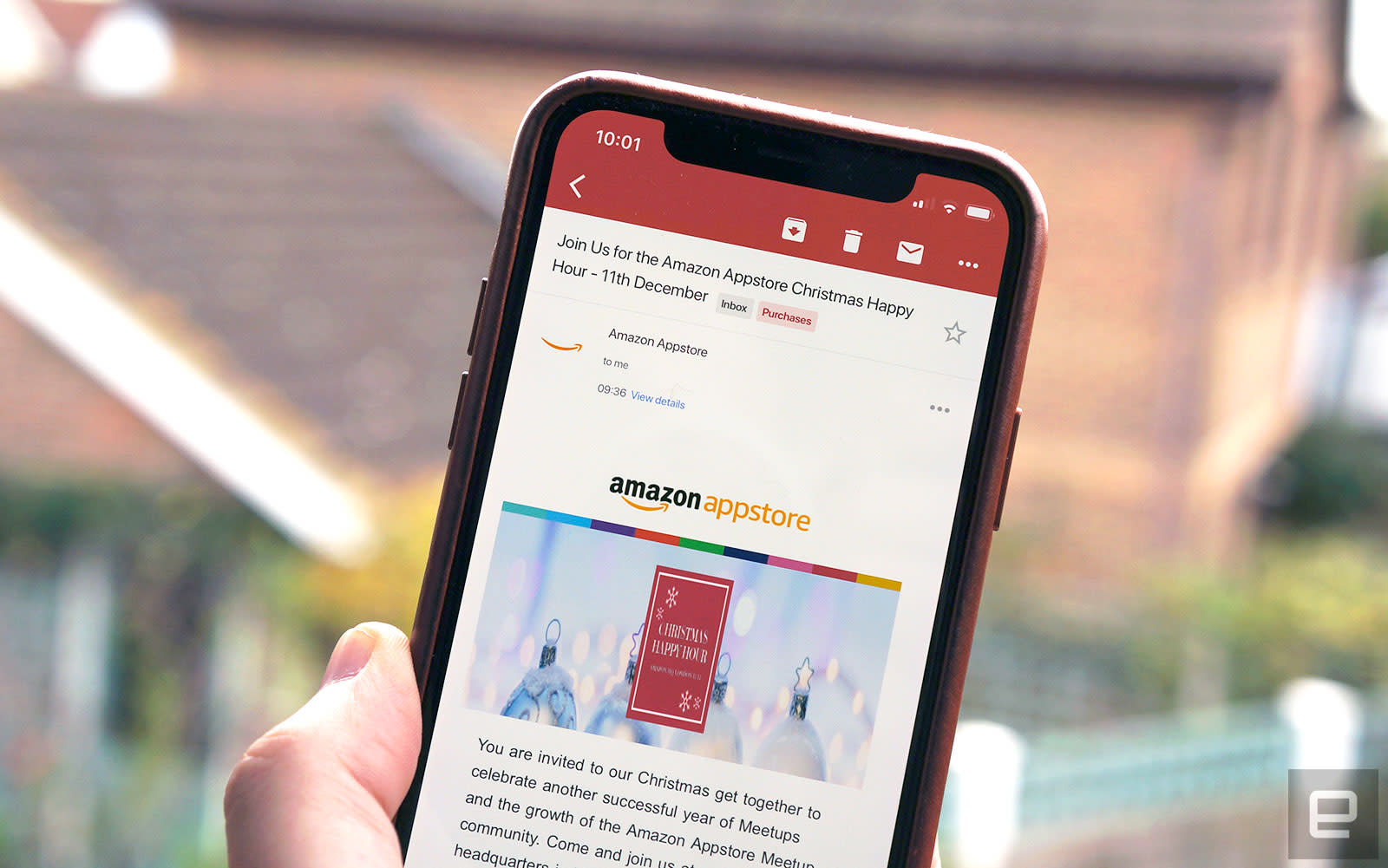 First released on November 3rd, the iPhone X forced developers to scramble to adapt apps to that famous notch and the lack of a home button. Google is no exception, and after optimizing its productivity suite last week (Docs, Sheets and Slides), it's now Gmail's turn. No longer will you have to put up with a letterboxed view of your communications, as Google's mail app now integrates the cutout in its top rail.

It's a bit odd that it took Google until now to get to Gmail for the iPhone X, as it has already seen its way to updating Waze, YouTube, Google Home, Maps, and the aforementioned Drive apps. Luckily, iOS Gmail users will get more in the bargain than just the notch feature. Google has also added support for third-party email apps including iCloud, Outlook and Yahoo mail -- a feature it first revealed in a beta not long ago.

In this article: app, apple, gear, gmail, google, ios11, iphonex, mobile, notch, TL18SHR, update
All products recommended by Engadget are selected by our editorial team, independent of our parent company. Some of our stories include affiliate links. If you buy something through one of these links, we may earn an affiliate commission.