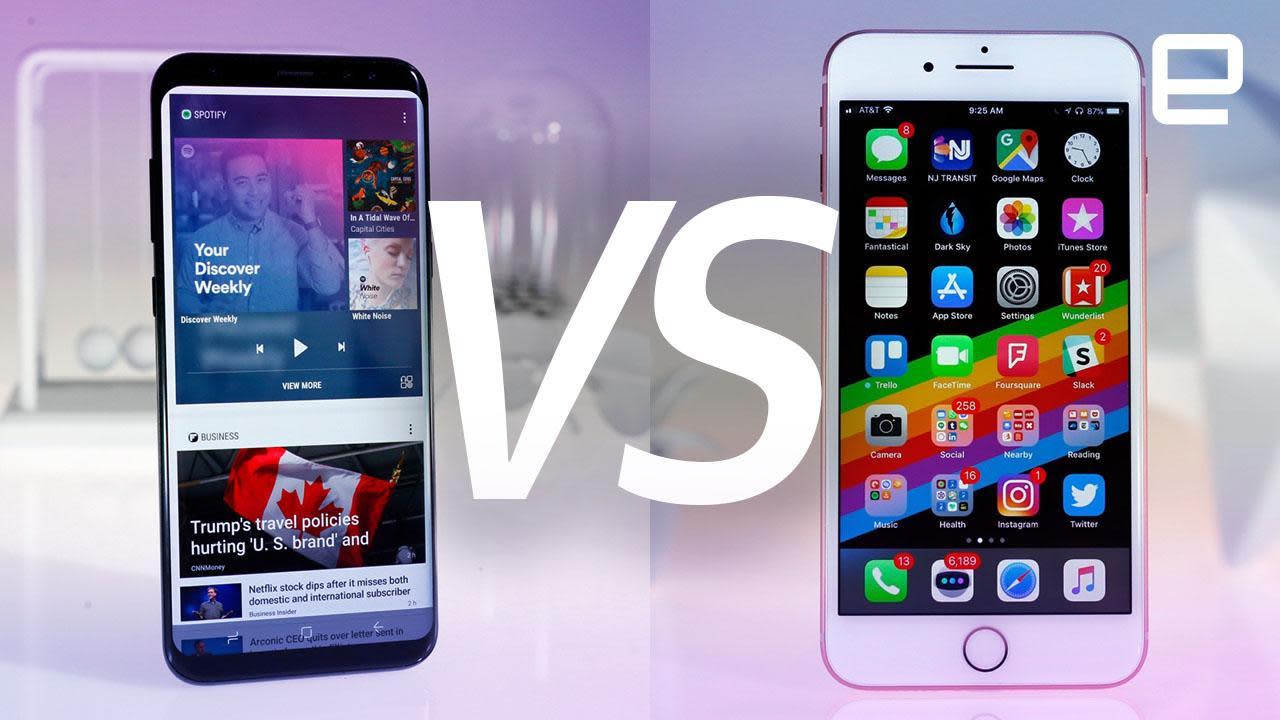 Before you start throwing down cash for new phones like a Grinch post heart-expansion, watch our video to directly compare more factors than just name brand and price on two of the most popular phones. The iPhone 8 and Galaxy S8 Plus are both less than $1000 (no thanks, iPhone X) but still expensive, beginning at $699 and $825, respectively.

Either would make a great gift to yourself or someone else, but it all depends on what you're going for. The iPhone 8 looks a little ho-hum in terms of standard old design, but acts zippier because of the new A11 bionic chip, which Apple claims makes it 25% faster.

Alternatively, maybe you love Samsung or are just now open to one because of Apple's no headphone jack policy. The S8 and S8 Plus have a slick design that our own phone reviewers absolutely love and its display (a dazzling 2,220 x 1,080) compared to Apple's (a meh 1,334 x 750) really put it at the top of the visual appearance heap.

After testing set-up, call quality, video downloading time, playback, visual appearance and cameras on each of the phones, we picked the Samsung Galaxy S8 Plus as the winner of this particular head-to-head challenge. Let us know in the comments what we should test next!

This article was briefly removed from the site to update the video thumbnail and pricing. Prices now reflect MSRP rather than Amazon's "Buy Now" option in our database.

In this article: aoloriginals, Apple, ApplevsSamsung, cameras, dailyshow, Engadget, EngadgetToday, engadgetvideo, entertainment, gadgetry, gadgets, GalaxyS8Plus, gear, internet, iPhone8, iPhonevsGalaxy, KerryDavis, mobile, Samsung, versus, versusvideo, video
All products recommended by Engadget are selected by our editorial team, independent of our parent company. Some of our stories include affiliate links. If you buy something through one of these links, we may earn an affiliate commission.