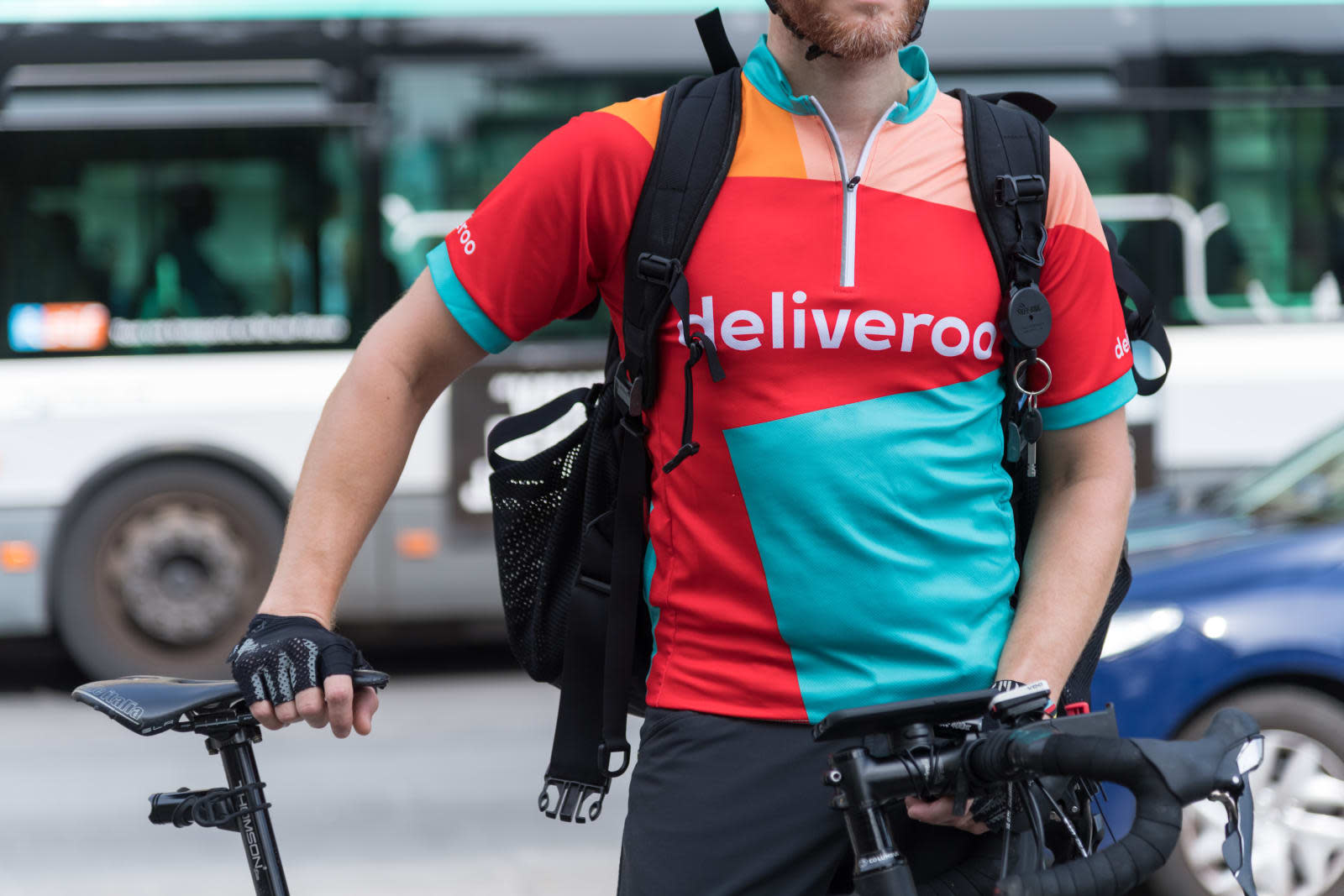 Deliveroo is combating criticism of its employment practices with a new sickness and accident insurance policy for riders. Bicycle, scooter and motorcycle couriers can now access "industry-leading cover" — supplied by Bikmo, a cycle insurance specialist, through benefits site Perkbox — for £1.85 per week. With this, people who are unable to work because of illness or an accident can claim 75 percent of their average weekly earnings for up to 26 weeks. The average amount will be based on their gross income — before tax and national insurance — in the 12 months prior to the claim.

The policy also grants riders to £2,500 in annual medical expenses cover, £2,000 for dental repair, £200 for phone damage caused during an accident, £700 for jury service cover, and £1,500 annual cover for overnight hospital stays, as well as £750 for accompanying family members. Taken as a whole, Deliveroo says the insurance policy is "cheaper than comparable products for people working in the on-demand economy." In addition, cyclists can take out public liability insurance — legal cover should they injure a member of the public or cause property damage — for 65 pence per week, covering costs up to £2 million.

Deliveroo has enjoyed extraordinary growth since it launched in 2013. The company stood out with its legion of lycra-clad couriers — removing the requirement for restaurants to have their own drivers — and big-name restaurant partnerships including Byron, Zizzi and PizzaExpress. The way it employs riders, however, has been called into question. Delivery personnel are currently treated as self-employed, limiting their rights and job security. Some ministers believe they should be classified as "workers" instead — a fuzzy middle-ground between self-employed and full-time work that would give them the right to the national living wage, minimum levels of paid holiday, and basic protections against discrimination.

Uber falls into the same camp. Some of its drivers have successfully challenged their self employed status, much to the company's chagrin. (It's currently trying to appeal the decision.) The government is now debating regulatory reform. In July, Matthew Taylor completed an independent review of modern work practices for the government. As part of that work, Deliveroo argued that the law should be changed in one of two ways: create a whole new category of employment, or allow companies to offer self-employed people additional rights. Two parliamentary groups have since argued that gig economy drivers should be treated as workers by default.

The UK government needs to make a decision. According to the Guardian, it was going to make an announcement later this month. Those plans have been shelved, however, due to fears that right-wing party members will kick up a fuss. That would reflect poorly on a government that is already struggling with Brexit negotiations. It's not clear, then, if or when the law will be updated to reflect the rise in Deliveroo and Uber workers. In the meantime, individual cases will be examined by the courts, providing legal precedent for subsequent people who believe they deserve better rights.

In this article: business, Deliveroo, gear, gigeconomy, politics, Selfemployed, transportation
All products recommended by Engadget are selected by our editorial team, independent of our parent company. Some of our stories include affiliate links. If you buy something through one of these links, we may earn an affiliate commission.