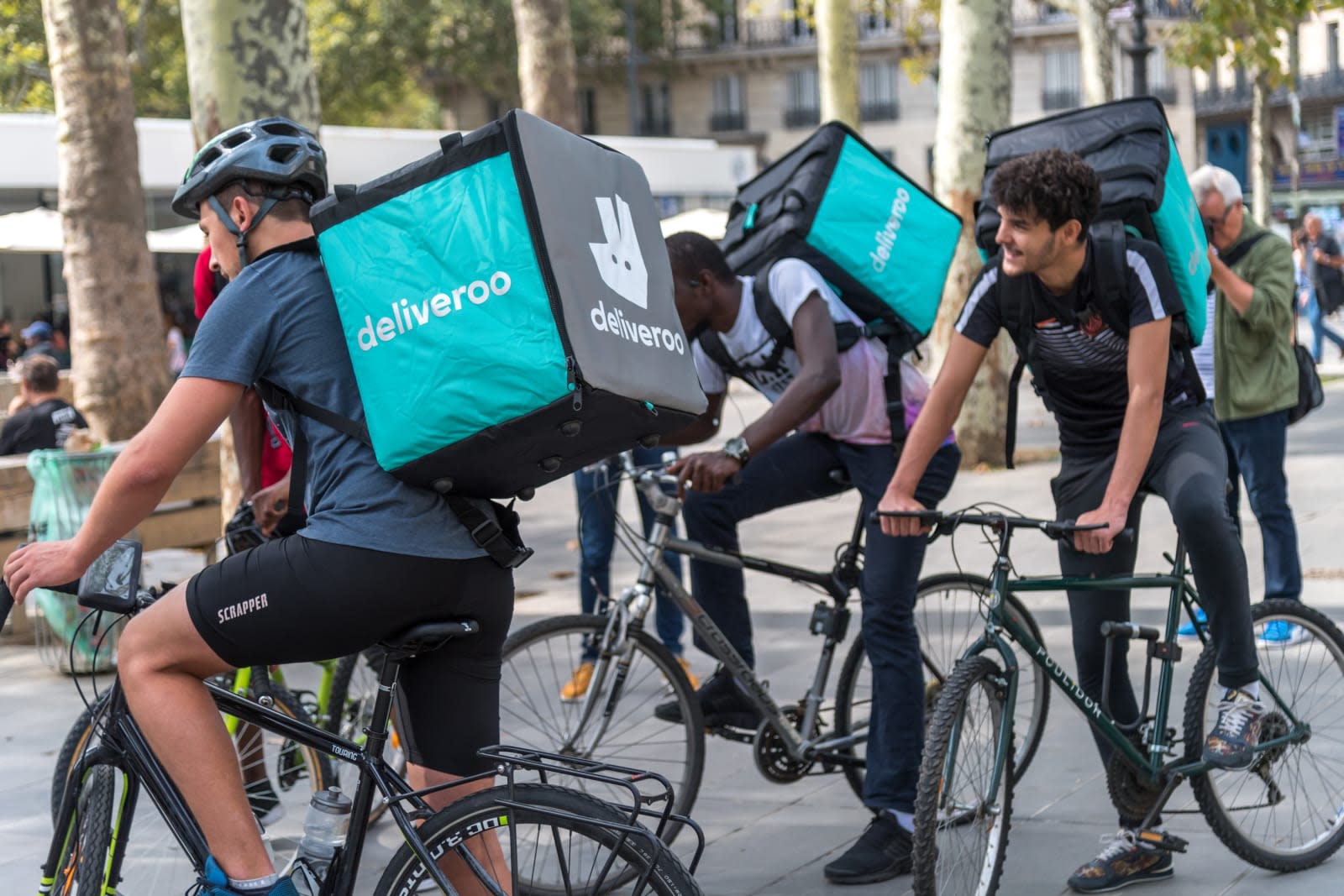 Two parliamentary groups have called on the UK government to introduce a new law that would extend the rights of Uber, Deliveroo and other "gig economy" workers. A year ago, two Uber drivers won an employment tribunal case that classified them as "workers," rather than "self-employed." That distinction might seem small, but legally it gave them the right to the national living wage, minimum levels of paid holiday, and basic protections against discrimination. Uber is trying to appeal the decision, but has so far been unsuccessful. Now, two select committees want everyone in the gig economy to be categorised as "workers" by default.

"The onus would be on the firm to prove self-employed status, when disputed, rather than on the worker to do so through the courts," the Works and Pensions Committee and the Business Select Committee wrote in their report. Worker status is different from a traditional "employee," however. A full or part-time member of staff, for instance, is also entitled to sick and parental pay, minimum notice periods and protection against unfair dismissal. "Worker," then, is a vaguely defined middle ground in UK law. The two committees would like "increased clarity" so that employers, workers and legislators know exactly how the rules apply.

Uber and Deliveroo, of course, are happy with the status quo. Typically, these companies draft contracts which don't have worker benefits in them — so drivers and couriers are automatically treated as self-employed. It's then down to the individual to take their employer to court and prove they deserve the worker classification. The two committees are now calling on the government to close this "loophole" and block "dubious business practices." "Recent court cases have exposed a pattern of companies using bogus self-employed status as a route to cheap labour," the MPs argue.

Some people prefer to be labelled as self-employed, however, and the two committees don't want to put an "unnecessary burden" on this group. They do, however, want tribunals to be "more effective," with higher fines for companies that have lost similar cases in the past.

While worker status is the bulk of their demands, the group is also calling on the government to tackle the "volatile availability" of gig economy work. If you're a Deliveroo courier, for instance, there's no guarantee that you'll be offered a delivery when you 'log on.' To combat this, the committees want a new "wage premium" for hours where work can't be guaranteed. Such a scheme could, MPs argue, encourage companies to provide staff rotas and other shift details. For Uber and Deliveroo, however, that seems unlikely given the fluidity of customer orders.

Finally, the two parliamentary groups want the UK's enforcement bodies to have more power and resources. Fines should be increased and non-complying companies need to be "named and shamed," the politicians argue. "We need new laws but also much tougher enforcement," Rachel Reeves, an MP and chair of the business, energy and industrial strategy committee said, "to weed out those businesses seeking to exploit complex labour laws, and workers, for their competitive advantage."

In this article: Deliveroo, gigeconomy, politics, tomorrow, transportation, Uber
All products recommended by Engadget are selected by our editorial team, independent of our parent company. Some of our stories include affiliate links. If you buy something through one of these links, we may earn an affiliate commission.