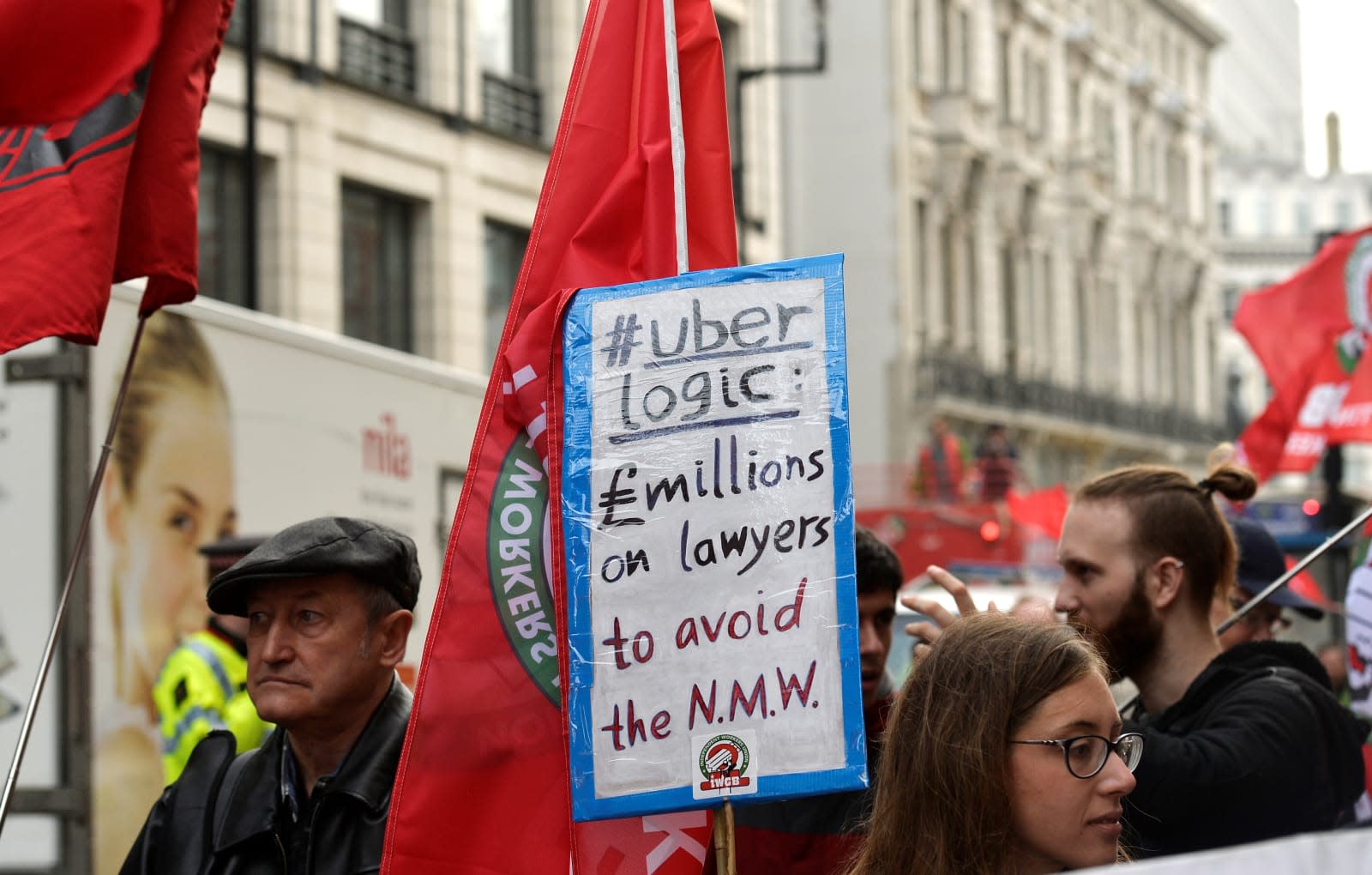 Is Uber a taxi firm or a technology company, and are its drivers self-employed or mistreated employees? These questions are being asked of Uber the world over, and last year an employment tribunal case in the UK concluded two drivers were, in fact, entitled to minimum wage, holiday pay and other benefits. The ride-hailing service contested this potentially precedent-setting decision, as you'd expect, but today Uber lost its appeal. In other words, the appeal tribunal upheld the original ruling that drivers should be classed as workers rather than self-employed.

The appeal tribunal agreed that when a driver is logged in and waiting for a job, that's still tantamount to "working time." Working time they aren't getting paid for, of course. Interestingly, the ruling also noted that Uber basically has a monopoly on private hire via an app. Therefore, drivers are beholden to them and can't reasonably engage in other work while also being at Uber's disposal.

GMB, the union for professional drivers that's behind the original case, is calling it "a landmark victory." Naturally, the law firm representing the GMB and Uber drivers feels much the same. No points for guessing who has a slightly different opinion.

"Almost all taxi and private hire drivers have been self-employed for decades, long before our app existed. The main reason why drivers use Uber is because they value the freedom to choose if, when and where they drive and so we intend to appeal. The tribunal relies on the assertion that drivers are required to take 80% of trips sent to them when logged into the app. As drivers who use Uber know, this has never been the case in the UK. Over the last year we have made a number of changes to our app to give drivers even more control. We've also invested in things like access to illness and injury cover and we'll keep introducing changes to make driving with Uber even better," the company's statement reads.

It's the same old arguments on both sides of the fence. Uber says the average driver earns well over minimum wage and appreciates the flexibility of the service. Previously, Uber's also argued that in drawing up employment terms for drivers, it might have to set minimum hours and defined shifts, which goes against the whole point of the business model. On the flip-side, organisations such as the GMB assert that Uber is simply trying to avoid coughing up for benefits and a guaranteed wage.

While today's judgement is an interesting development, this is far from the end of the road. Uber will now take the case to the Court of Appeal, followed by the Supreme Court after that, if necessary. And the reality is, drawn-out legal proceedings such as this are unlikely to provide a best-fit solution for the gig economy as a whole, which some call exploitative and others, innovative. It's eventually going to come down to regulation and legislation by the government, which is taking a long, hard look at the gig economy as we speak.

Between this and losing its London licence, not much is coming up Uber right now.

In this article: appeal, employee, employment, employmenttribunal, gear, gigeconomy, transportation, tribunal, uber
All products recommended by Engadget are selected by our editorial team, independent of our parent company. Some of our stories include affiliate links. If you buy something through one of these links, we may earn an affiliate commission.