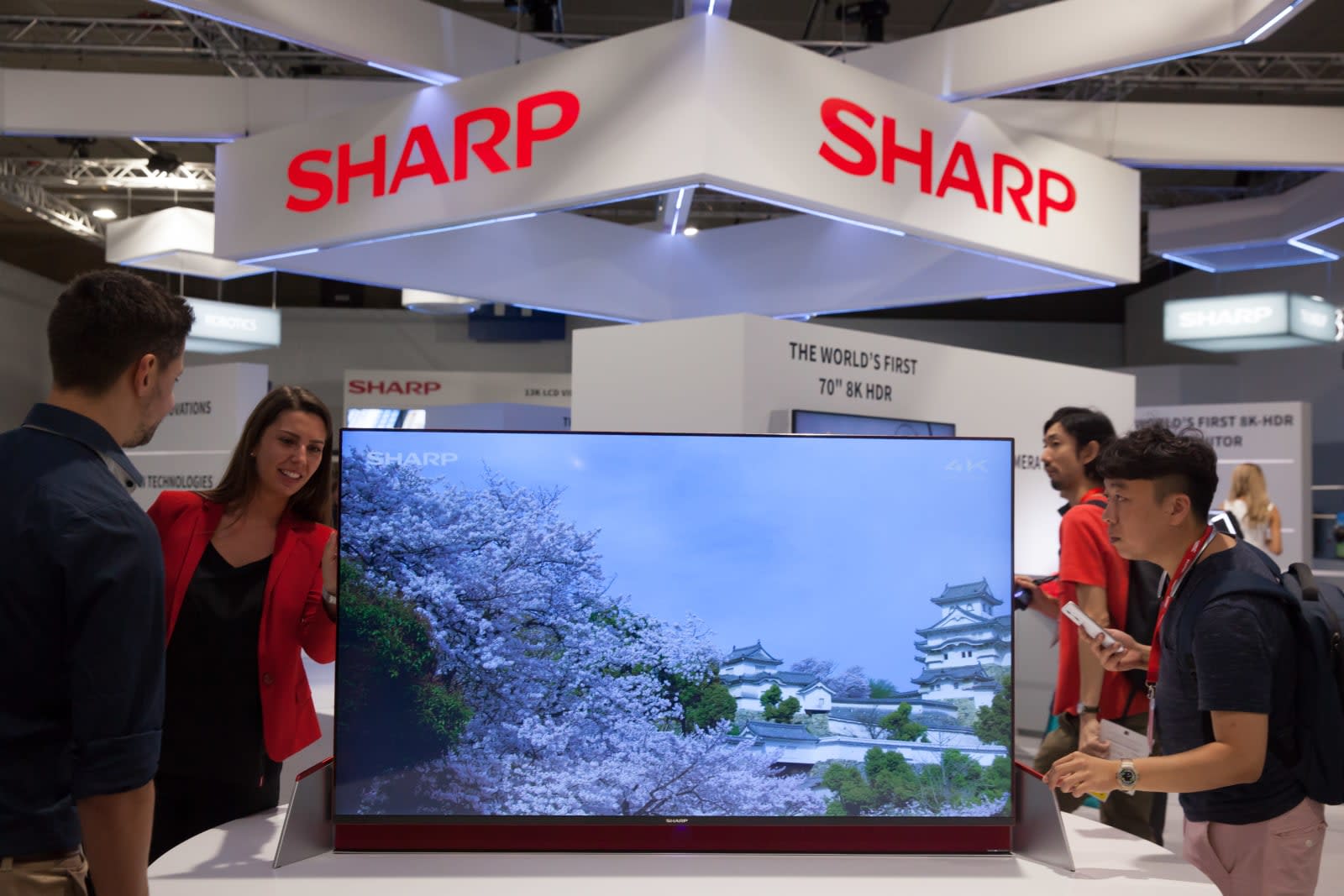 Sharp wants to gain a foothold in the OLED market by teaming up with rival company Japan Display. Sharp's chief executive, Tai Jeng-wu, told reporters at the Tokyo Stock Exchange that he wants to form a "Japan alliance" to better compete with the South Korean makers that are dominating the industry.

Reports earlier this year suggested Sharp was planning to introduce OLED TVs to its production lines, but just a month later South Korean rival LG, already a leader in OLED products, revealed its plans to invest a further 7.8 trillion Korean won ($7 billion) into its OLED businesses over the next three years.

Tai said he plans to consult the government about forming the all-Japan alliance, as well as discuss potential investment in JOLED, an affiliate of Japan Display, which has recently made headlines for its plans to mass-produce "printed" OLED panels.

There's a huge demand for OLED products, both from manufacturers and, increasingly, consumers. But with only one or two key players producing them, it's been a challenge taking the technology mainstream. This "Japan alliance," if successful, could make strides in opening the market for everyone.

In this article: av, business, Japan, JapanDisplay, JOLED, LG, OLED, Sharp, SouthKorea, TV
All products recommended by Engadget are selected by our editorial team, independent of our parent company. Some of our stories include affiliate links. If you buy something through one of these links, we may earn an affiliate commission.