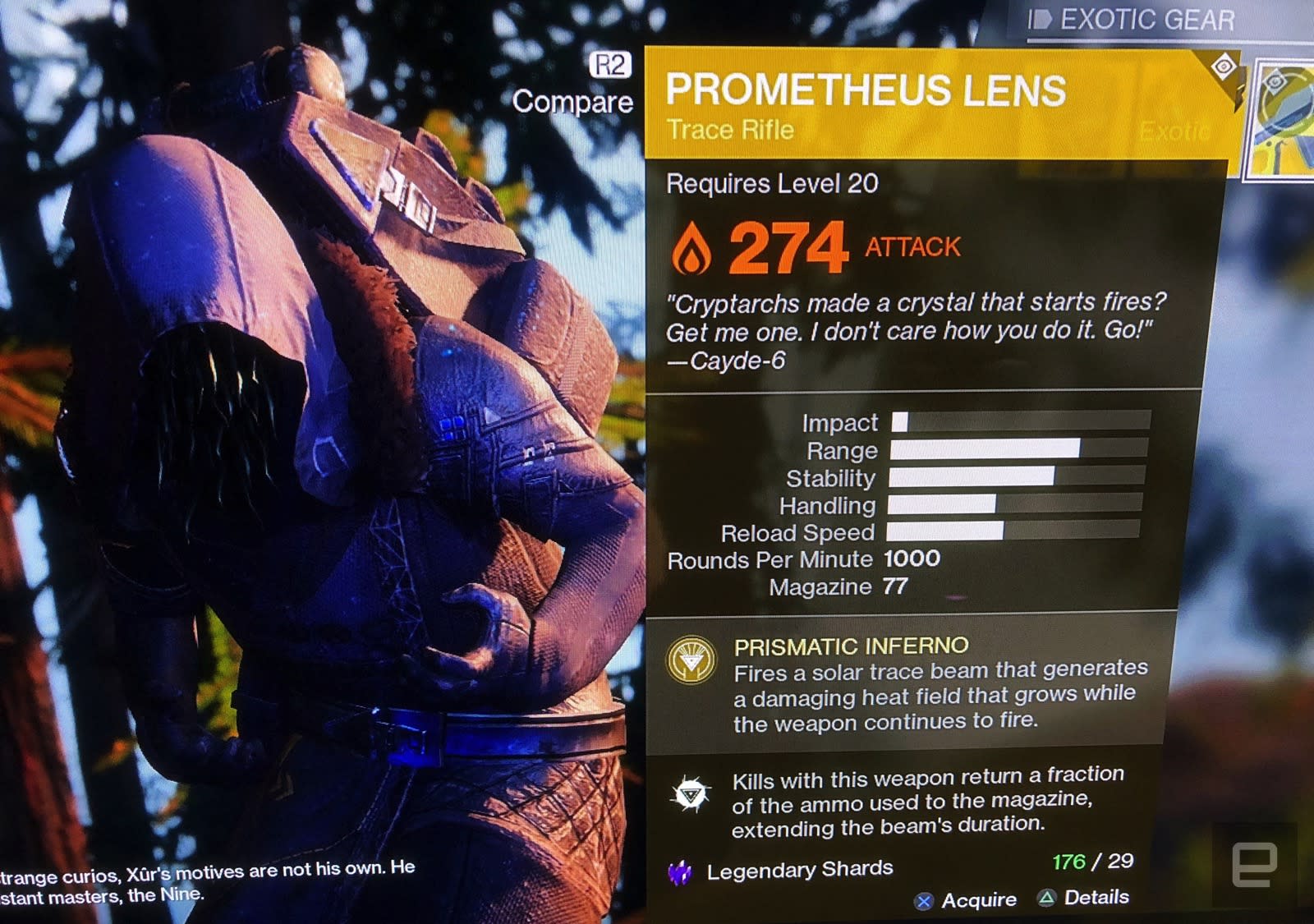 Recently, a massively overpowered, game breaking laser gun called the Prometheus Lens was available to high-level players as a random drop, making it too easy for those who found it to dominate the PVP maps. Bungie had plans to fix the issue, but maybe it's grown tired of all the whining, since Destiny 2's exotic weapons sales-alien, Xur, has the gun on sale for anyone who wants it.

Did you make a bet that we wouldn't let Xur sell Prometheus Lens?

It's available in the EDZ. Your move.

The effect of everyone having such a high-range BFG on PVP modes right now is hilariously predictable, of course. Kotaku's Kirk Hamilton said that "the Laser Pointer of Doom" is like an instant-delete button.

In lieu of a (still-incoming) proper fix, Bungie gets to give a little bit of a finger to its sometimes toxic community and garner some "fun" news coverage. Maybe this will encourage us all to drop back into the game over the weekend and even get our butts to Mercury.

In this article: av, bfg, bungie, destiny, destiny2, gaming, laser, prometheuslens, xur
All products recommended by Engadget are selected by our editorial team, independent of our parent company. Some of our stories include affiliate links. If you buy something through one of these links, we may earn an affiliate commission.