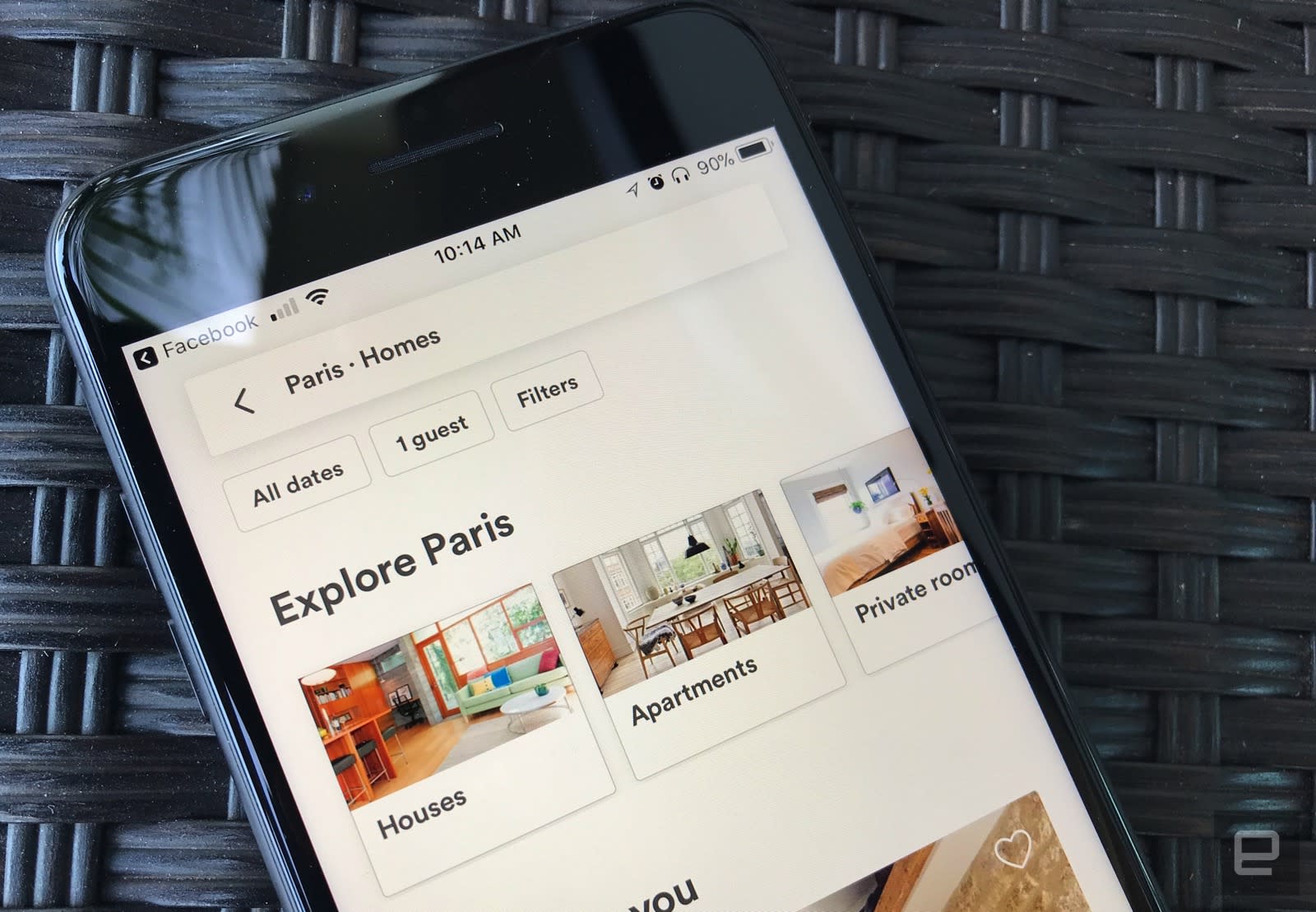 Airbnb has a long history of legal struggles in various cities in which it operates. Now, according to a report in AFP, Paris has requested that Airbnb comply with new regulations to register with the city. If the company (along with four other competitors -- HomeAway, Paris Attitude, Sejourning and Windu) won't de-list apartments that owners haven't registered with the city, Paris plans to take them to court.

AFP reports that the city has received complaints that short-term holiday rentals like Airbnb's have increased property speculation, pricing hotels out of the market. The new registration allows Paris to make sure that apartments and other housing spaces aren't rented out for more than the maximum of 120 days per year. According to the report, only a fifth of existing properties have been registered. Officials have flagged around 1,000 Airbnb listings (along with 400 or so from the other companies) that are not in compliance. "The least they can do is respect the law," Ian Brossat, deputy to Paris mayor Anne Hidalgo, told AFP.

Update: An Airbnb spokesperson sent the following statement via email:

"Airbnb has been working hard to help hosts comply to their new registration requirements in Paris. So far we informed all Parisian hosts on host registration through series of emailings and publics meetups where city hall officials were invited, and changed our platform to allow local hosts mention their registration number on their listings.

We always maintained host registration is not an efficient solution to regulate hosts activity in Paris, and everyone can see now this regulation is broken and ineffective. This is why we are introducing automated caps for hosts in central Paris, following positive talks with officials from these districts, in order to help tackle local historic housing concerns."

In this article: Airbnb, business, gear, HomeAway, Paris Attitude, Sejourning, Windu
All products recommended by Engadget are selected by our editorial team, independent of our parent company. Some of our stories include affiliate links. If you buy something through one of these links, we may earn an affiliate commission.