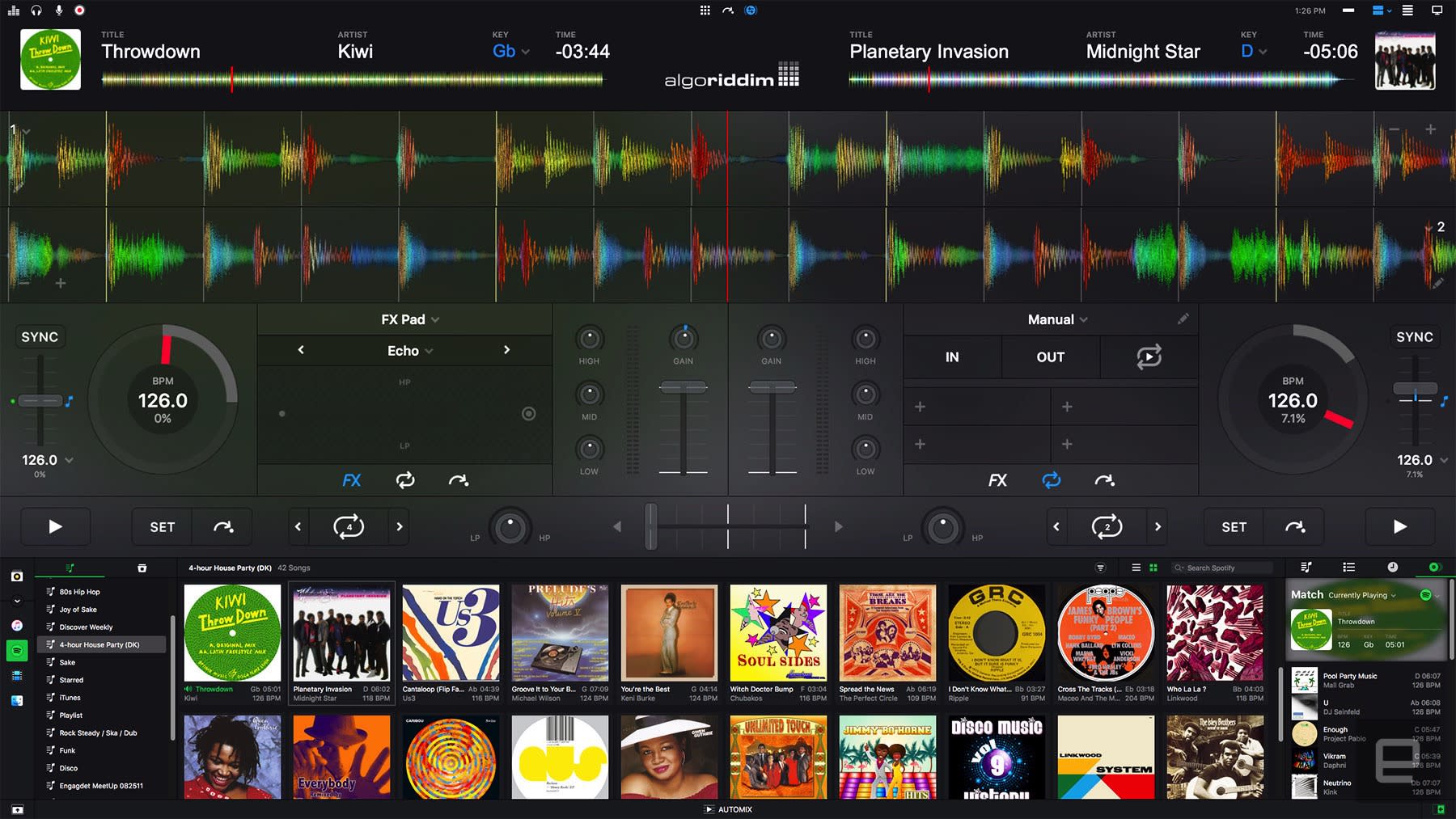 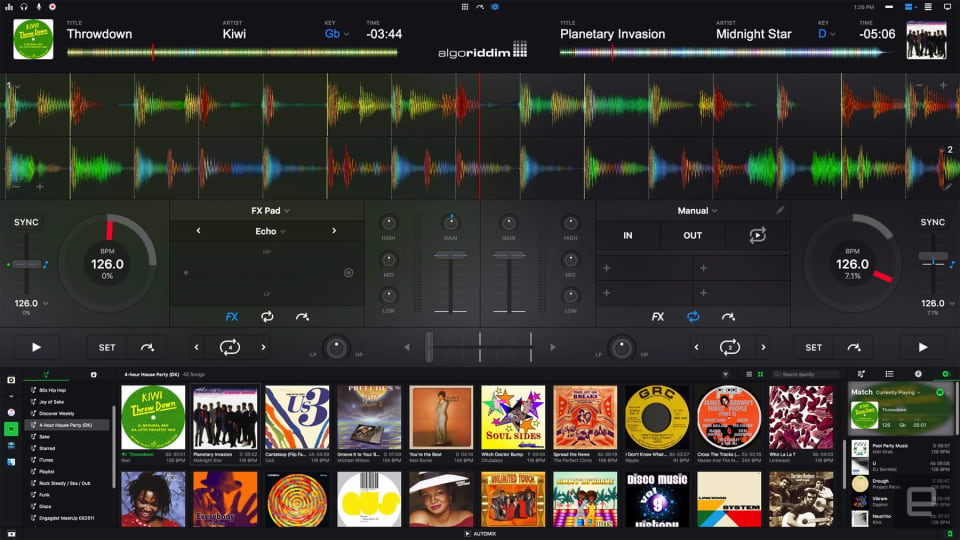 Algoriddim has been improving its DJ software consistently over the past few years for both mobile and desktop, with its most recent foray breaking ground on Microsoft's turf. Today, the company announced another step forward with an update to its Mac desktop app called djay Pro 2 (macOS 10.11 or higher). This is still a high-functioning hybrid with both music and video mixing capabilities, but new features along with various tweaks to the look and feel are welcome changes.

The standout feature here is Automix AI, which leverages machine learning as part of its improved functionality. It may seem like a slight against practiced human ability, but as long as you're not trying to Paris Hilton your way through gigs, it's actually quite useful. You can let this feature take the reigns both selecting and blending tracks at small gatherings or house parties, while still being able to jump in for some mixes and giving it a nudge in the right musical direction.

While the Automix AI mode is useful, it still has a way to go at handling more complicated rhythms. Techno tracks with a simple 4/4 beat-driven style get mixed rather well, while the AI falters a bit on more complicated and orchestrated tracks. Tunes like Derrick May's "Strings of Life" have always taken a deft hand and ear, though. Algoriddim's AI should improve over time and it's already been fed a steady diet of human DJ mixes for practice. Any downside is more likely to be a lack of keeping the vibe alive, rather than trainwrecks. The system is adept at keeping tempos matched and adjusting various knobs to facilitate the transition.

That said, it's nice to have the mix session go on cruise control for a bit if you're opening to an empty venue or just chilling around the house. The algorithms for picking the next tune work similar to services like Pandora and the blends usually go well enough, especially if you're not focusing too much on the mix. Plus, you get the opportunity to chat once in a while and give your spidey-sense of when a track is about to end a rest.

As for looks, you'll notice a fresh skin on the software, with semi-transparency and subtle shades taking over for solids in some places. There are also new and flexible layouts to enjoy aimed at providing a less crowded interface while still surfacing important features. New layout views include the Automix hero mode which makes it easy to see what's playing, along with the single track view, which is perfect for music management work like prepping playlists, setting cue points and loops. The associated track and file view is also much better now, letting you create playlists in the djay Pro 2 app itself with the ability to mix and match files from selected local drives, Spotify and iTunes all in one place. The split library view lets you see your working playlists and your various libraries all in one go, making it easier to search and drag files between them. New smart filters have also been added to the playlist section, letting you narrow down tracks by BPM, key and more.

You'll also want to get some photo slideshows ready before your gigs, now that the video mixing portion of djay Pro 2 includes PhotoBeat. Just drag photo albums or groups of files and drop them onto a video mixing deck. This will create beat-matched visual output, shifting images according to the music with time ranges of 1/4 beat to 4 beats per photo.

Other new features include seemingly minor but incredibly useful additions like fully customizable keyboard shortcuts, post fader effects (so you can echo out of one track while mixing into the other) and the ability to drill down into more detailed, high-res waveforms.

You can find djay Pro 2 in the Mac App Store today for $40 -- a limited time discount off the regular $50 price. The iPhone and iPad versions of the existing djay Pro app will also be 50-percent off as part of a limited launch sale, priced at $5 and $10 respectively.

In this article: AI, algoriddim, apple, av, DJ, djaypro2, DjSoftware, entertainment, food and drink, food-and-drink, foodanddrink, gadgetry, gadgets, gear, MachineLearning, mixing
All products recommended by Engadget are selected by our editorial team, independent of our parent company. Some of our stories include affiliate links. If you buy something through one of these links, we may earn an affiliate commission.