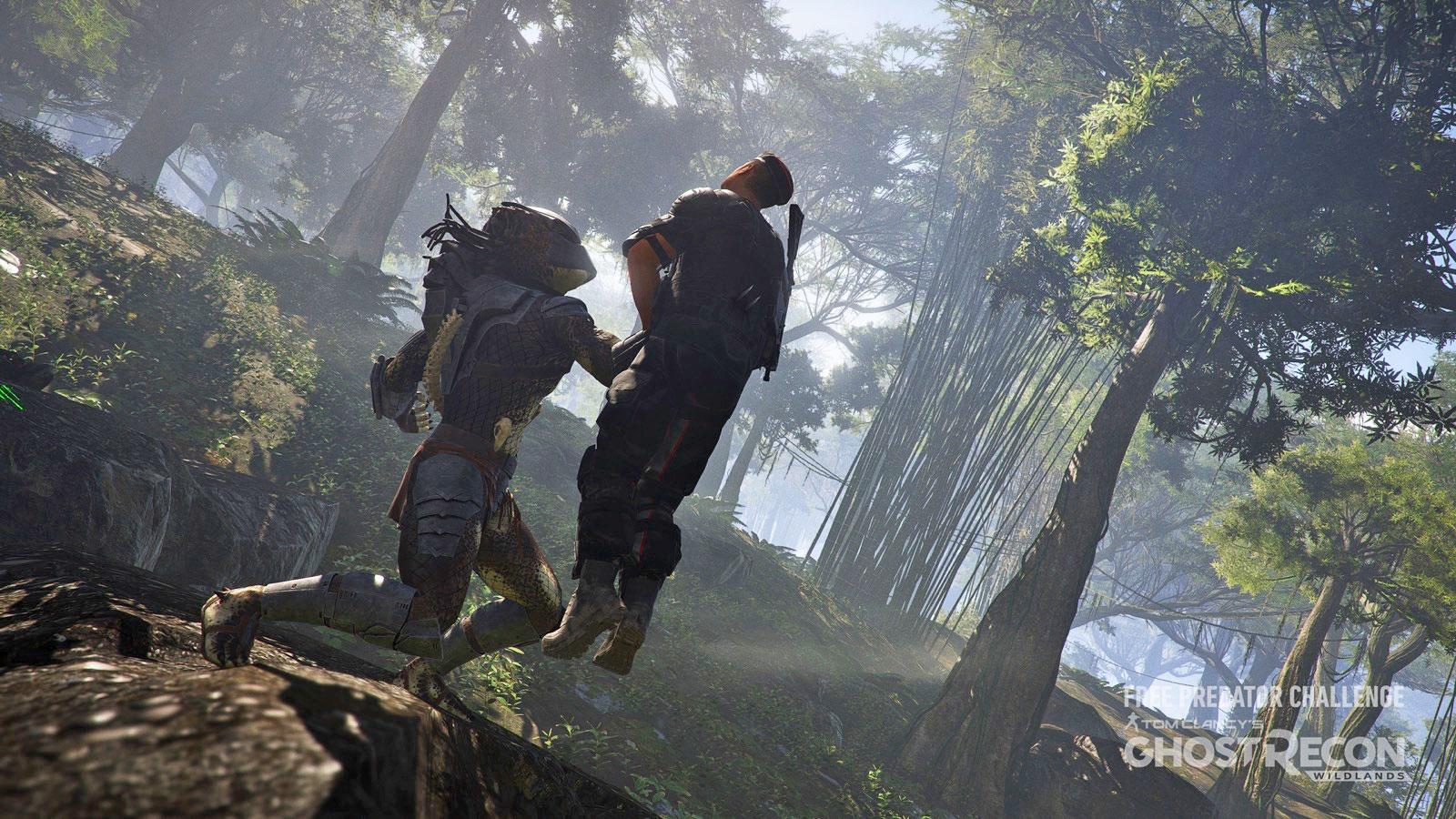 It's been 30 years since Arnold Schwarzenegger's Dutch headed into the jungles of Central America, only to find himself hunted by a stealth alien warrior nicknamed the Predator. Now players of Ghost Recon Wildlands, Ubisoft's open-world tactical shooter, will fall under the watchful eye of the Predator in an all new special event running from December 14th through early January.

"At Ubisoft Paris, we have been fans of the Predator for a long time and are thrilled to bring such an iconic character to our game" said Ubisoft senior producer Nouredine Abboud in a statement. "The challenge is full of references to the original Predator movie, and we cannot wait to see the reaction of our players!"

The new Predator content will appear as an event for solo or co-op players (up to four) in the game, and while defeating it will be a difficult task, you'll earn exlusive items like a mask with Predator vision. You can also buy a Predator Pack via the in-game store, which contains 15 new customized items, including movie-inspired weapons and a close combat move. Plus, Ghost War PVP mode will get a new soldier inspired by Dutch himself, who will be able to engage a "battle rage" berserker mode as well.

Abboud said that the free mission is meant to recreate the tension of the original 20th Century Fox film. You'll see hints of the alien's presence long before you actually meet or fight it. "Getting that feeling of being swallowed by the surrounding jungle was something we really wanted to convey," he said in a blog post. If nothing else, playing the title might tide you over until the Predator film reboot next February.

In this article: 20thcenturyfox, av, dlc, dutch, free, gaming, ghostreconwildlands, predator, schwarzenegger, ubisoft
All products recommended by Engadget are selected by our editorial team, independent of our parent company. Some of our stories include affiliate links. If you buy something through one of these links, we may earn an affiliate commission.