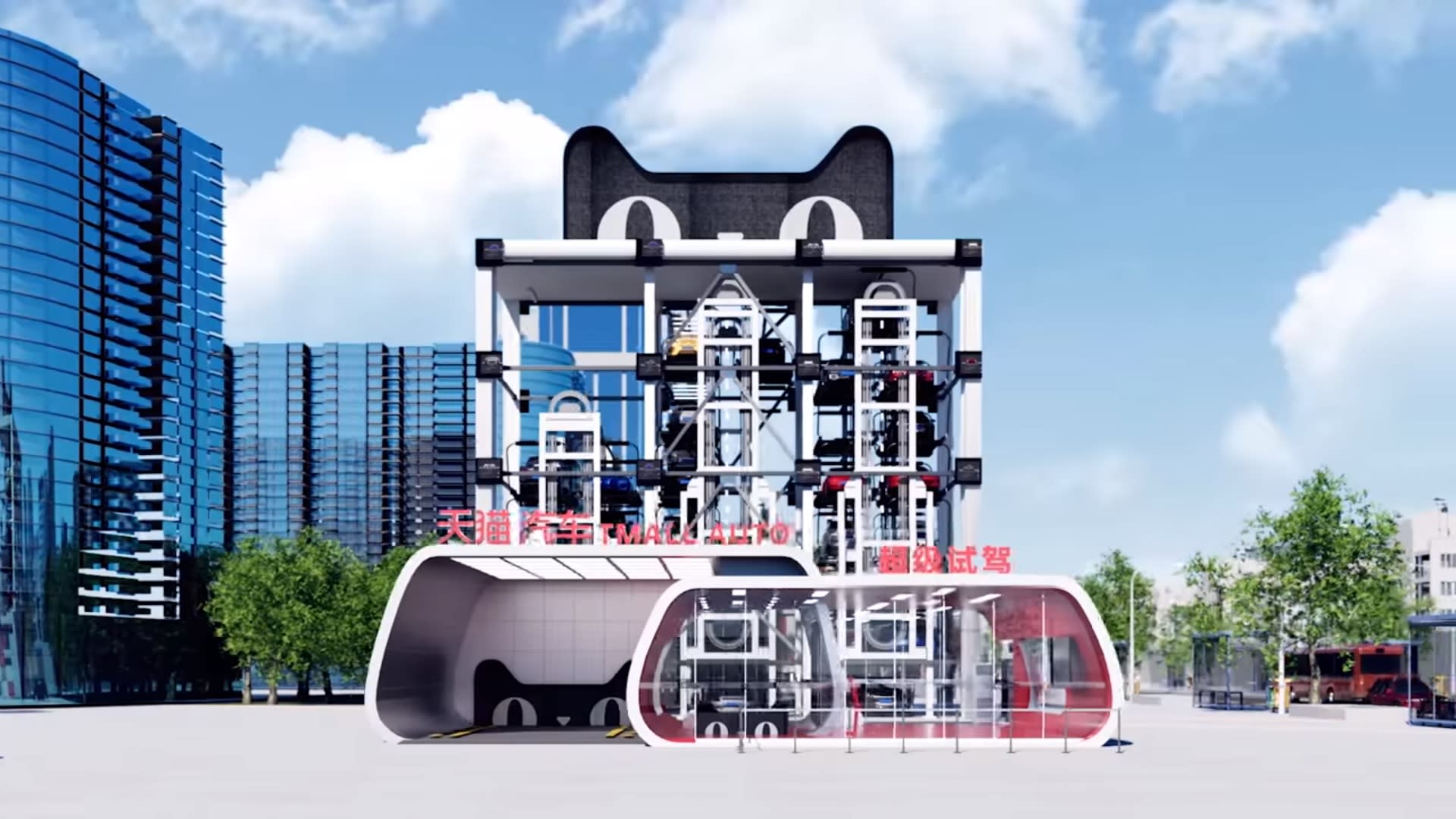 Chinese internet ecommerce giant Alibaba is still breaking online shopping records, but it's begun veering into physical sales, too. That the company is reportedly planning a shopping mall is in their retail wheelhouse, but last week's news was further afield: Alibaba will help sell Ford EVs in China. Part of that proposal included the intriguing concept of a gigantic vending machine to dole out cars -- which, to be fair, has been tried out before to alleviate parking woes. But it seems that wasn't a casual suggestion: A new video illustrates exactly how the revolving vehicle vendor will work as part of Alibaba's test drive experience.

The process starts with Alibaba's Taobao app, which folks use to snap photos of a car they want to take out for a spin. Then they input personal information, take a selfie and submit a deposit (which is waived if they're an Alibaba Super Member). Then they head to a Tmall-brand car vending machine, which uses facial recognition (or a login code) to find their vehicle of choice, which it dispenses for a three-day trial run. If users want, they can buy cars straight from the app.

Not everyone can take a test drive: Only those who score over 700 in China's Zhima Credit System can check vehicles out of the automated vending machines. To prevent abuse, users can only test a model once and are limited to five drives in the first two months of signing up.

Alibaba intends to open two of these Tmall vending locations in January, one in Shanghai and another in Nanjig, with 'dozens' more planned to launch across China (most in the next year).

In this article: alibaba, business, car, transportation, VendingMachine
All products recommended by Engadget are selected by our editorial team, independent of our parent company. Some of our stories include affiliate links. If you buy something through one of these links, we may earn an affiliate commission.