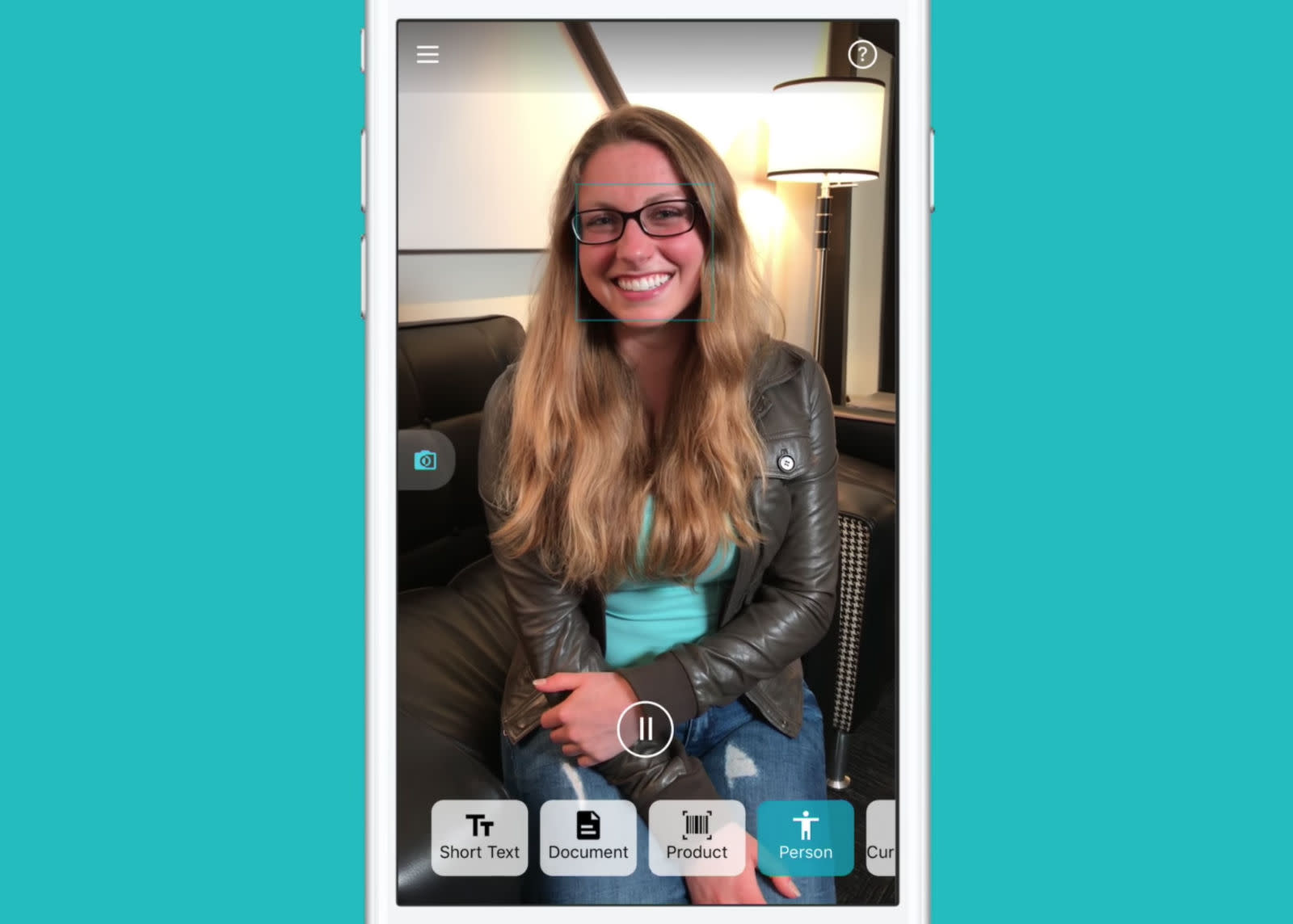 Artificial intelligence took center stage at Microsoft's AI Summit in San Francisco on Wednesday. Aside from announcing AI smarts for a range of software -- from Bing to Office 365 -- the tech titan is also ramping up its Seeing AI app for iOS, which uses computer vision to audibly help blind and visually impaired people to see the world around them. According to Microsoft, it's nabbed 100,000 downloads since its launch in the US earlier this year, which convinced the tech titan to bring it to 35 countries in total, including the EU.

It's also getting a bunch of new features. The app now boasts more currency recognition, adding British pounds, US dollars, Canadian dollars, and Euros to its tally. Going beyond the color in a scene, it can also spot the color of specific objects, like clothes. Plus, it's no longer restricted to just short printed text, with handwriting recognition now part of its skill set. You can also customize the voice that it uses to speak its observations out loud, and set how fast it talks.

Playing with the new toy - I know it's technically not new but #SeeingAI feels new with all the cool sassy features today :) And before you ask, yes, it gets the new British notes as well as the old ones (and US, Euro & Canadian). Download and enjoy! #accessibility pic.twitter.com/XYr8VBO7Io

Finally, a musical light detector alerts you to the light in an environment with an audible tone -- Microsoft claims the tool will save users from having to touch a hot bulb or LED battery to check if it's on. Despite the big update, there's still no word on an Android launch.

In this article: ai, ArtificialIntelligence, blind, gear, ios, microsoft, mobile, PartiallySighted, SeeingAI, VisuallyImpaired
All products recommended by Engadget are selected by our editorial team, independent of our parent company. Some of our stories include affiliate links. If you buy something through one of these links, we may earn an affiliate commission.