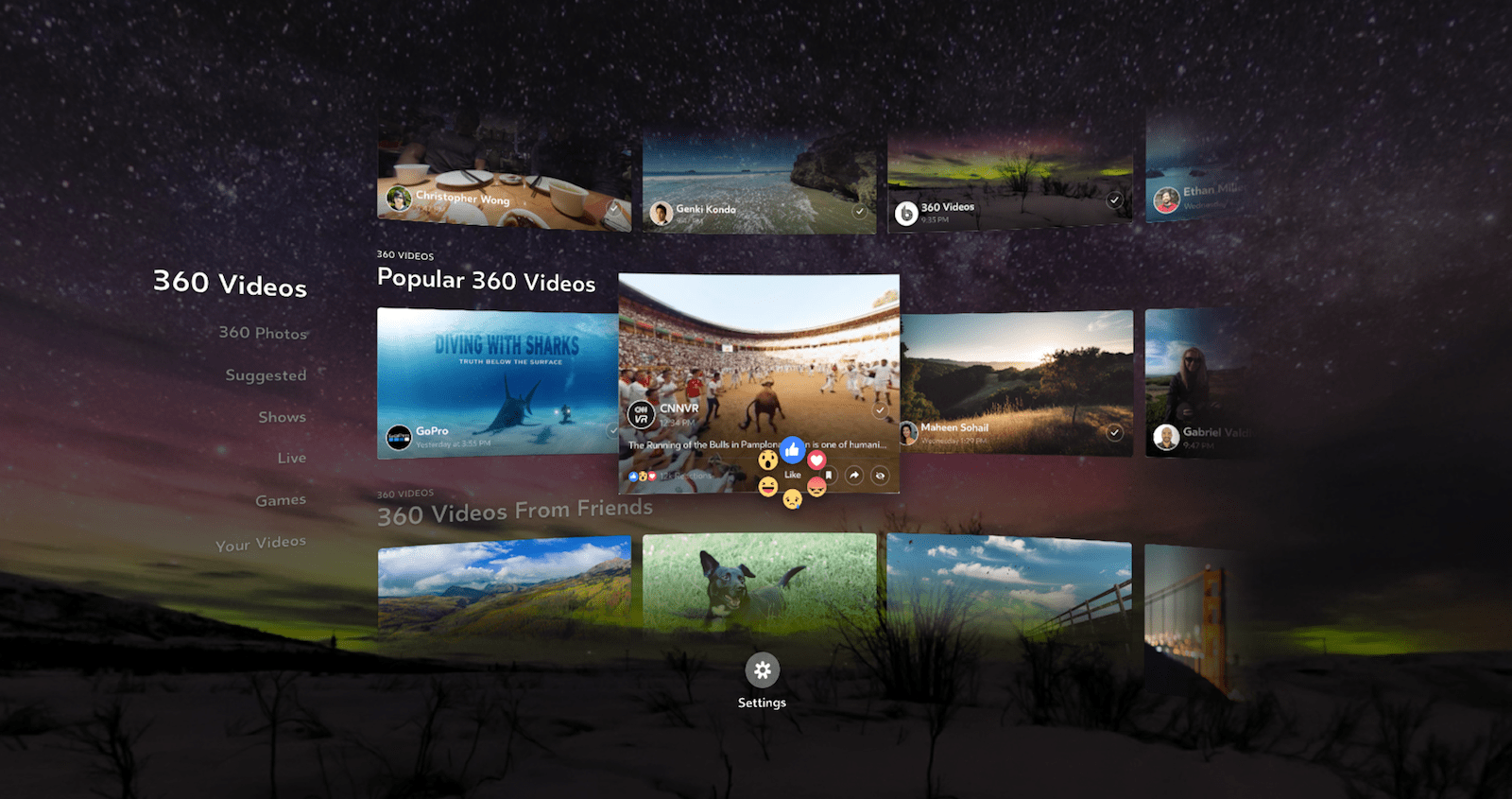 Facebook launched its Facebook 360 app for Gear VR in March and today the company announces some new features. Facebook says that because people want more than just 360 videos in VR, it's adding a slew of new video types to the app's available options.

Now, users will be able to view Live videos, including Live 360 videos rendered in 4K, shows available through Facebook Watch, gaming and eSports videos, videos you've previously watched on Facebook as well as videos and 360 photos you've uploaded or shared through Facebook. The app will also now allow you to search for and follow Pages.

Facebook has been expanding its VR offerings this year. In April, it launched Spaces, its social VR experience and in October, Mark Zuckerberg announced the company was working on a VR feature that would let you meet up with friends and watch concerts. Creating a wider viewing selection in Facebook 360 is a useful addition and can only help boost the company's VR ambitions.

In this article: av, esports, facebook, facebook360, facebookspaces, FacebookWatch, gadgetry, gadgets, gear, gearvr, vr
All products recommended by Engadget are selected by our editorial team, independent of our parent company. Some of our stories include affiliate links. If you buy something through one of these links, we may earn an affiliate commission.