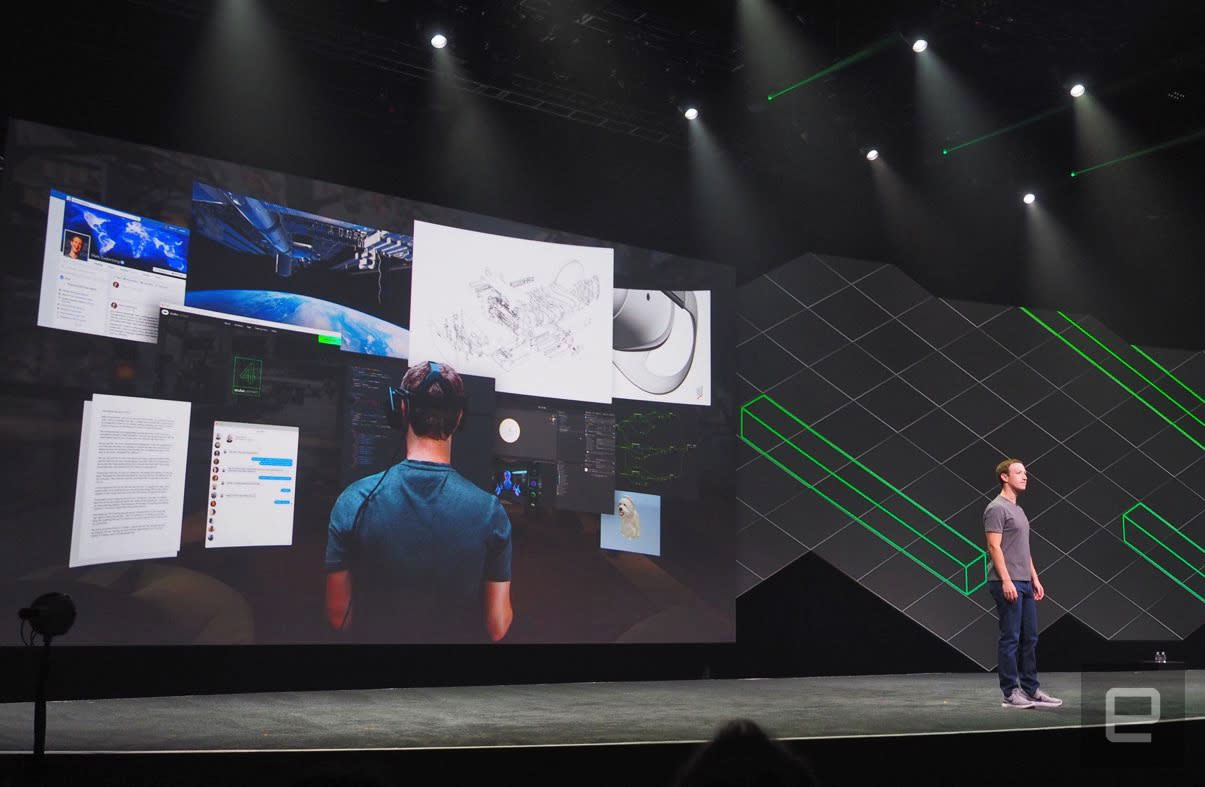 Mark Zuckerberg wants virtual reality to be less isolating, so Facebook is working on "Venues." Think of them like VR social spaces where you can meet up with friends to watch concerts like the ones Live Nation is pumping out. Venues make a lot of sense when you consider Facebook's push for live video, sports and putting things like VR streams and 360-degree photos and video into the News Feed. Zuckerberg said that Venues will also play host to movie and TV premieres as well.

In this article: 360degreevideo, av, concert, facebook, gaming, gear, livenation, oculusconnect4, oculusrift, oculusvenues, socialvr, venues, virtualreality, vrvenues
All products recommended by Engadget are selected by our editorial team, independent of our parent company. Some of our stories include affiliate links. If you buy something through one of these links, we may earn an affiliate commission.