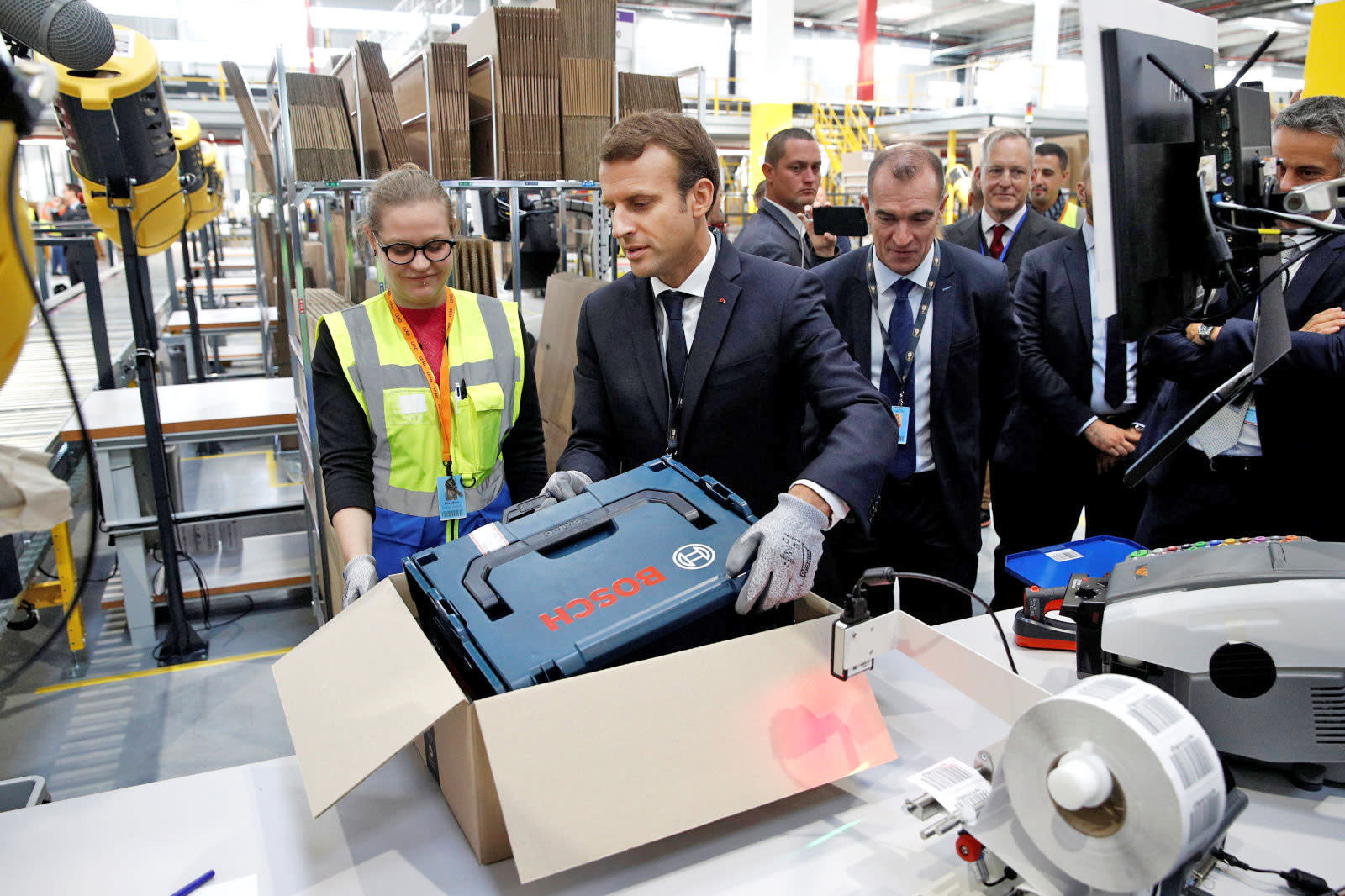 French President Emmanuel Macron recently helped open a new Amazon distribution center in the north of France, but now the retail giant is in the government's doghouse. Economic Minister Bruno Le Maire has filed a complaint against Amazon for abusing its suppliers with one-sided contract clauses, reports Le Parisien. It's seeking a record €10 million fine, "a strong and unprecedented action," the ministry said in a statement.

"The platform imposes an unbalanced relationship on its sellers ... [that may] push them into bankruptcy," said ministry chief of staff Loïc Tanguy. Specifically, Amazon sellers take responsibility for problems like damaged packages, delivery issues and unfulfilled deadline, and can be kicked off the site if they don't comply. Amazon can also change seller contracts overnight (by demanding shorter delivery times, for instance), and suspend a dealer at any time.

France's consumer affairs and fraud division investigated Amazon and other online sellers over the last two years, studying clauses and getting feedback from 10,000 sellers in the country. Amazon's French seller forums are rife with stories about delays in account verification and threats to cancel over minor issues. One user said that a single customer complaint over a delay, which was not his fault, provoked a threatening letter. "They treat us like vulgar subordinates," he wrote.

Amazon is controversial in France -- the city of Paris recently complained that Amazon Prime Now could "destabilize" its economy by hurting restaurants and grocery stores, for instance. At the same time, it's by far the most popular e-commerce site in the nation with 3.5 million daily users.

The Macron government is promoting France's tech industry like no other before, but the investigation and potential fine shows that there are limits to what it will allow. In a statement, Amazon France told Engadget that "we don't comment on judicial proceedings."