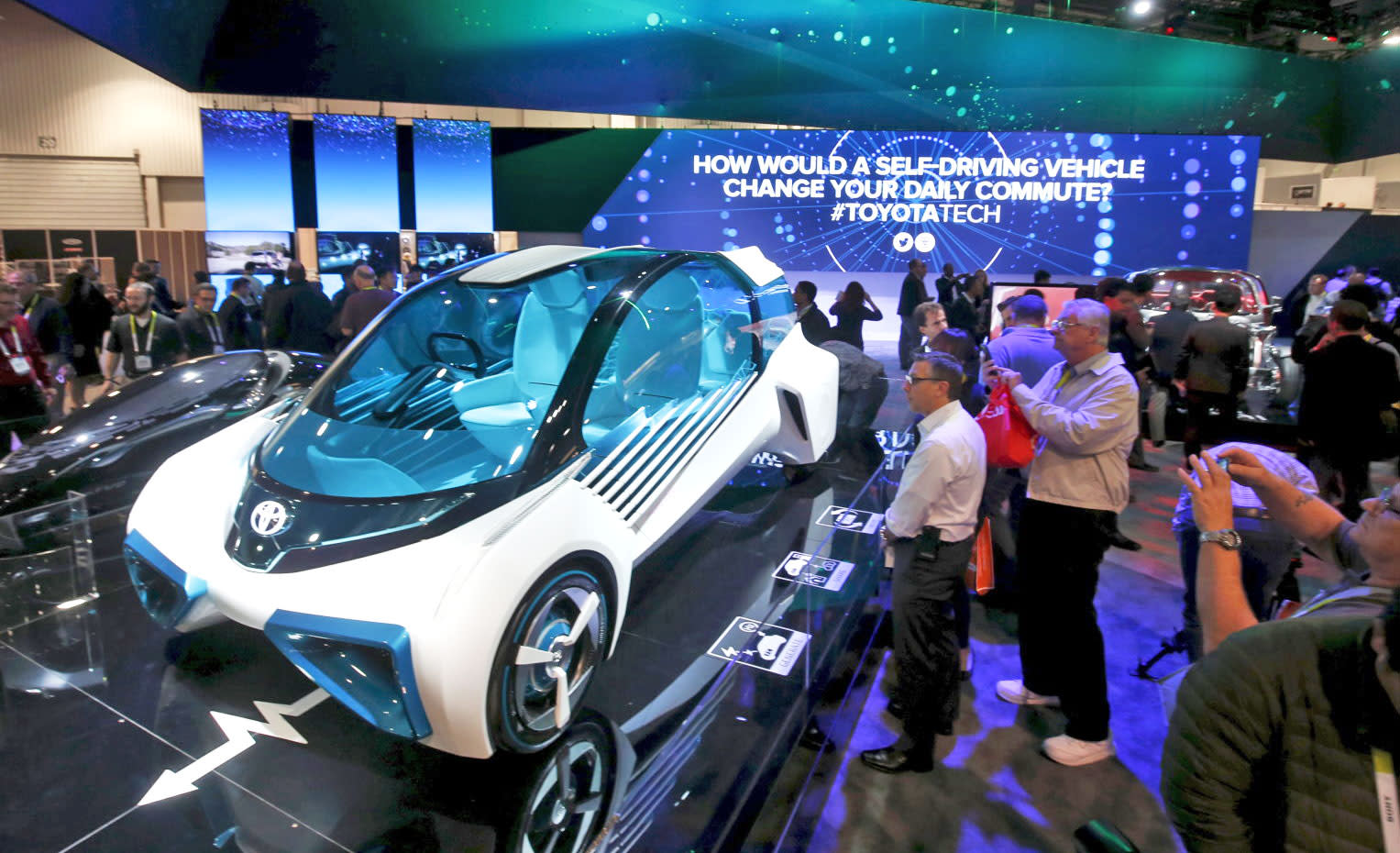 Toyota recently hinted that it was finally ready to embrace pure electric cars, and now we have a better sense of what that commitment entails. The automaker has outlined its goals for low- and zero-emission cars in the next decade, and it expects to field "more than 10" EVs worldwide by the early 2020s, starting with China before spreading to markets like Europe, Japan and the US. And by 2025, every Toyota and Lexus will either be EV-only or have an electrified option like a hybrid or hydrogen fuel cell.

Not that the company's goals are especially ambitious. It hopes to have sold somewhere over 1 million zero-emission cars (either pure EVs or hydrogen models) by 2030, and 5.5 million with some kind of electric powerplant. That sounds like a lot, but it's fairly modest in practice. Ford has said that it wants at least 10 percent of its sales to be EVs by 2020, while GM hopes to have 20 EVs on the market by 2023. And of course, Tesla may well beat Toyota's numbers far in advance. There were roughly half a million Model 3 reservations by August, and that's not including other EV models.

Nonetheless, the targets are important. Even though Toyota is hedging its bets by making hydrogen a part of its future, it's treating EVs as a significant part of its lineup. And when Toyota is clearly one of the world's largest car brands, that's bound to make an impact on what people drive. You may at least consider an electrified car where it wasn't an option before.

In this article: electriccar, electricvehicle, ev, gear, hybrid, hydrogenfuelcell, phev, toyota, transportation
All products recommended by Engadget are selected by our editorial team, independent of our parent company. Some of our stories include affiliate links. If you buy something through one of these links, we may earn an affiliate commission.