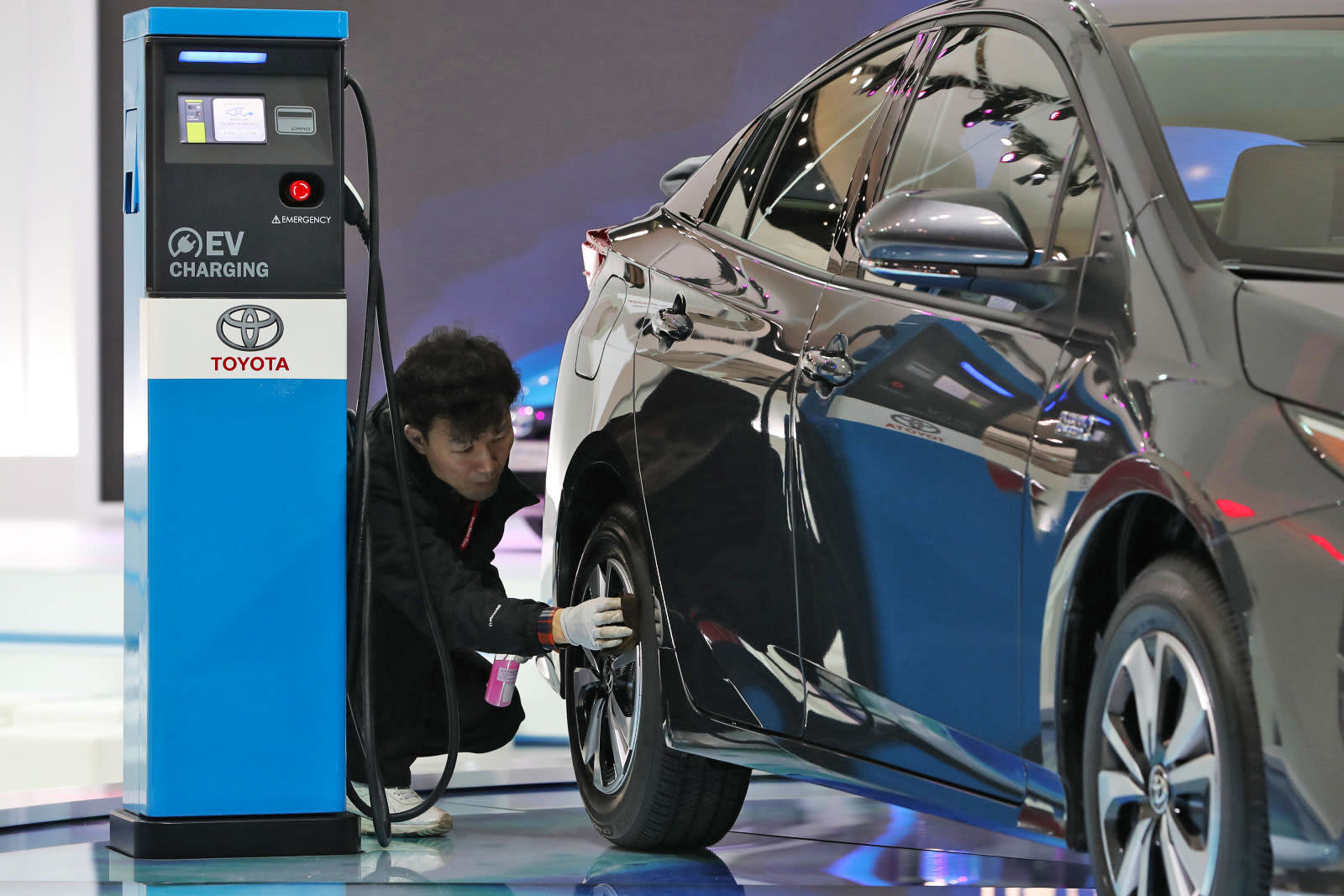 Toyota recently announced plans to design and build EVs with Mazda in the US, but it has big plans elsewhere, too. The automaker will produce electric cars in both China and India starting in 2020, it said in a pair of press releases. Up until now, Toyota has focused on hydrogen and hybrid vehicles as green options, but its recent political and environmental developments have forced its hand. China, for one, aims to have two million EVs and hybrids on the road by 2019, and India plans to ban gas-powered vehicle sales completely by 2030.

The automaker said it's also working on plug-in hybrid versions of the Corolla and Levin for China, and will evaluate the potential of hydrogen fuel cells for buses and other commercial vehicles in China.

Despite pioneering the hybrid with its Prius, Toyota admitted last month that it is a "little bit late" to the EV party compared to rivals like Nissan. To accelerate its plans in India, it's joining up with Suzuki, which will build the vehicles while Toyota provides technical support. In China, it's "considering having our joint-venture partners provide us with EVs," said Toyota's China chief, Hiroji Onishi. Doing so will also help Toyota qualify for credits in China.

Toyota also has big plans in the US, as it recently joined up with Mazda to design all-new EVs and build a $1.6 billion assembly plant. The companies will eventually produce some 300,000 electric cars per year, while aiming to "avoid the commoditization of EVs," they said in a joint statement.

Toyota has produced the Prius since 1997, but has only built two pure EVs, the Scion iQ minicar and RAV 4 EV. In 2011, Chairman Takeshi Uchiyamada famously said that Toyota wouldn't produce a pure electric vehicle "because we do not believe there is a market to accept it." Since then, most major automakers have overhauled their roadmaps to include electric car lineups, thanks in part to anti-pollution regulations in countries like France and improved battery technology.

In this article: ElectricVehicle, EV, gear, Toyota, transportation
All products recommended by Engadget are selected by our editorial team, independent of our parent company. Some of our stories include affiliate links. If you buy something through one of these links, we may earn an affiliate commission.