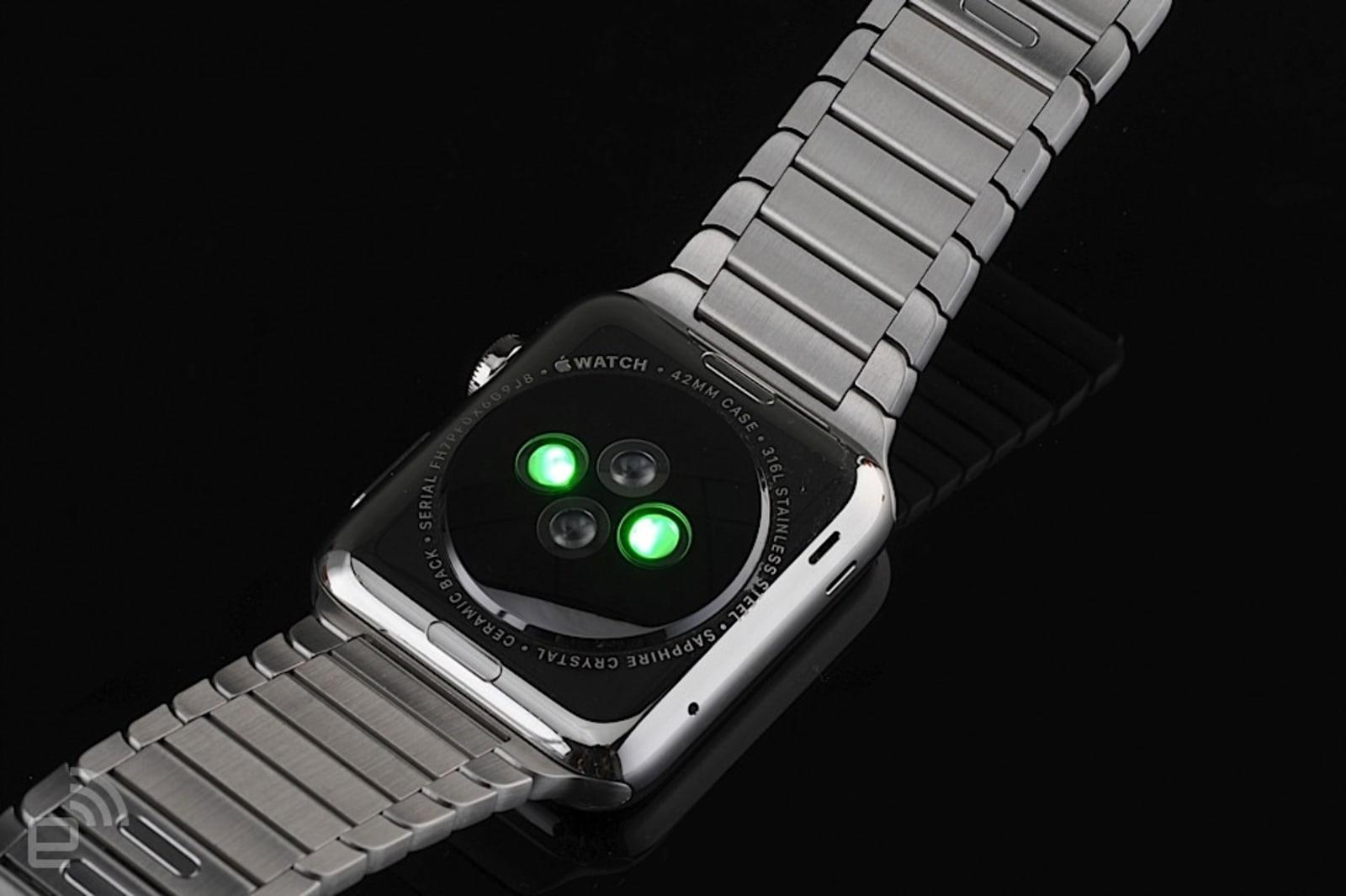 We've already seen an EKG band for the Apple Watch, but now Apple is reportedly working on bringing the feature directly into its smartwatch, Bloomberg reports. With EKG monitoring, the Apple Watch would be able to track electrical signals from your heart, allowing it to detect things like irregular heartbeats. Think of it as a major upgrade over the device's current heart tracking, which is more focused on fitness. In November, Apple announced a joint project with Stanford to track irregular heartbeats with current Apple Watch models, but that's still limited by its sensors.

According to Bloomberg, one way Apple could implement an EKG is by having users hold the sides of the Watch, which would then send a weak electrical current to their heart. Of course, as with any potential new feature though, it could work differently once it's finalized. There's also a chance that Apple gives up on implementing the feature entirely. But given just how useful it could be -- better tracking could help people prevent strokes and heart failure ahead of time -- that seems unlikely.

In this article: apple, AppleWatch, EKG, gadgetry, gadgets, gear, medicine, wearables
All products recommended by Engadget are selected by our editorial team, independent of our parent company. Some of our stories include affiliate links. If you buy something through one of these links, we may earn an affiliate commission.