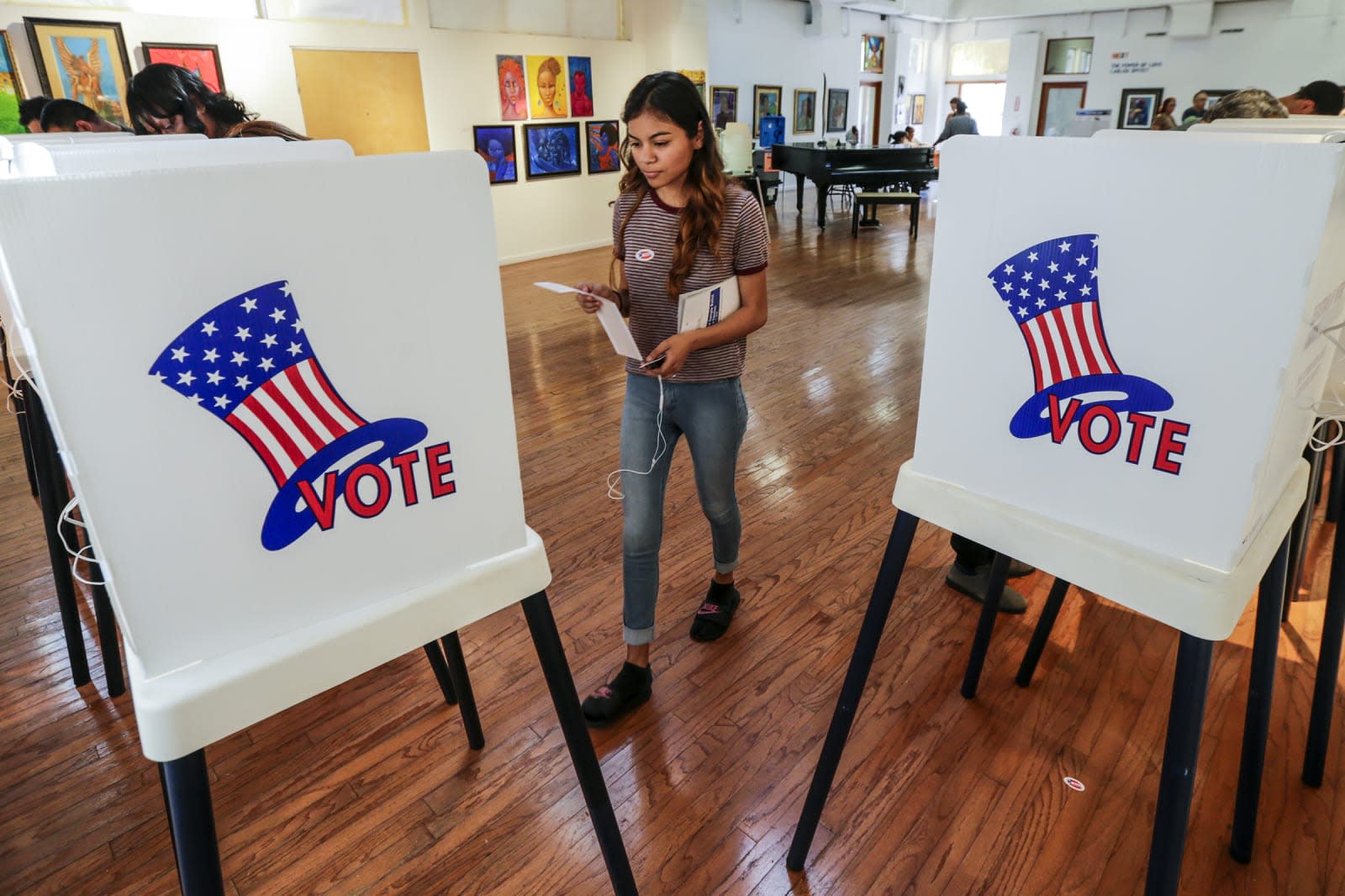 American election security is a mess. Many voting systems are vulnerable, but replacing machines is expensive -- and then there's the lack of coordination between different levels of government. The country needs a lot of help if it's going to prevent a repeat of Russia's 2016 interference, let alone full-fledged tampering. Some new legislation might sort things out, however. A bipartisan group of senators has introduced the Secure Elections Act, a bill that would support state election systems with resources and expertise that could help fend off hacking attempts.

The measure would form an independent, open panel that would produce a set of voluntary security guidelines. States could then get approval for block grants (out of a $386 million pool in 2018) to meet those guidelines and replace outdated voting tech. The federal government would have to "promptly" share security threats with state, county and city officials, while those same officials would get the clearances they need to act on information. To spur efforts to find security flaws, there would be a federal bug bounty that would reward researchers who discover and report vulnerabilities.

The act would theoretically harmonize defenses without stepping on the toes of states determined to run their own elections. It faces a few hurdles, though, and not just the need to survive votes in the Senate and (with a corresponding bill) House of Representatives. Previous bills like the SAVE Act haven't made much headway. And the voluntary guidelines are just that -- a state doesn't have to heed the advice. There are also questions as to whether or not the total pool size and block grants would be enough to bolster security as much as necessary. All the same, giving states some incentive to upgrade their safeguards would be an important start.

In this article: bill, bugbounty, election, gear, government, internet, law, politics, secureelectionsact, security, senate, TL18VOTE, voting
All products recommended by Engadget are selected by our editorial team, independent of our parent company. Some of our stories include affiliate links. If you buy something through one of these links, we may earn an affiliate commission.