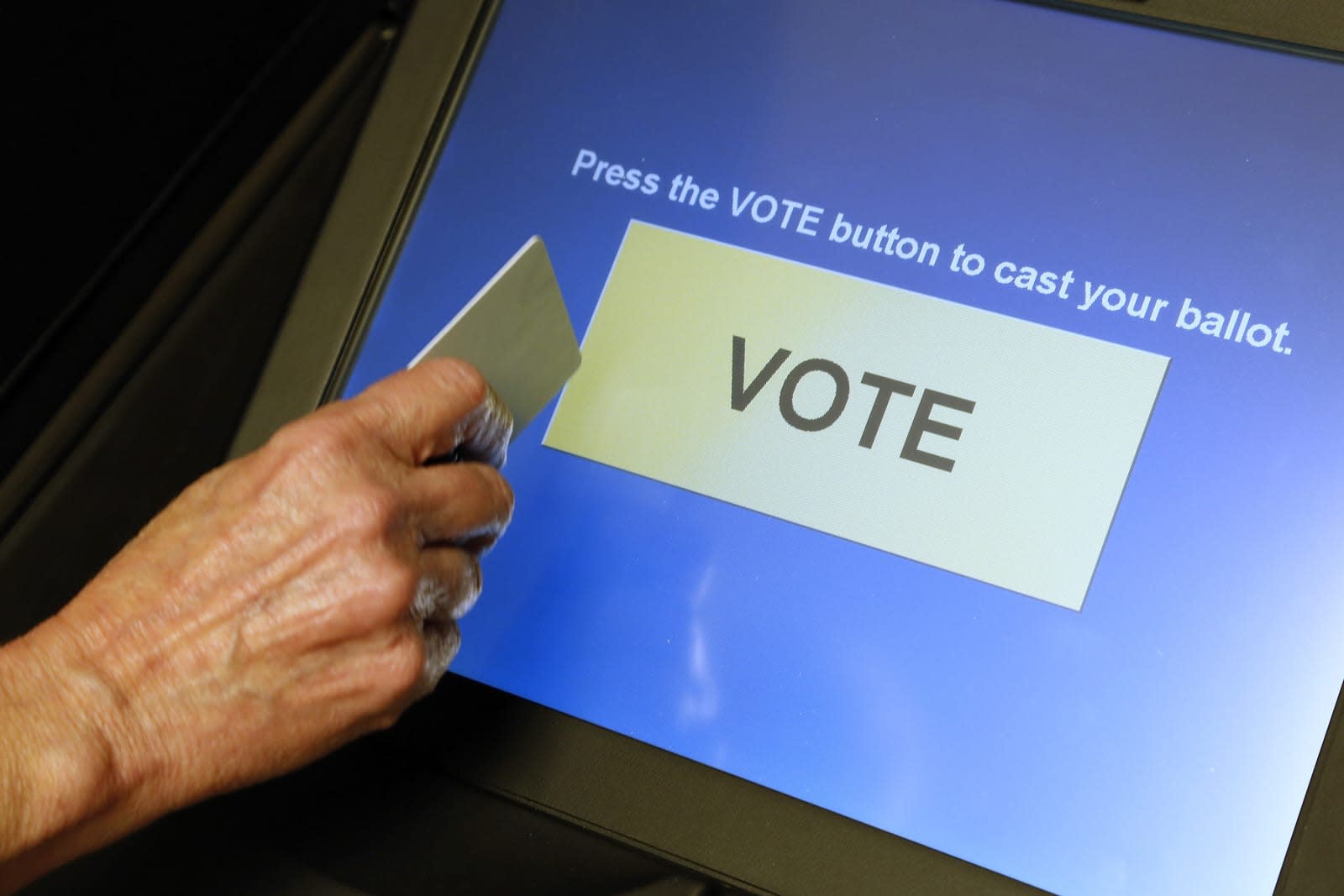 States are understandably nervous about the security of voting machines given both the possibility of Russian interference in the 2016 election and machine makers' own shortfalls. And in Virginia's case, officials aren't taking any chances. The state's election board has approved a Department of Elections recommendation to make counties to replace direct-recording electronic voting machines with devices that produce a clear paper trail. Virginia had already instituted a law phasing out touchscreen voting hardware by 2020, but the new move effectively bumps up that end date to November 7th, when the state holds elections for the governorship and other key positions.

The move is effectively forcing the Virginia government's hand. As Politico points out, Governor McAuliffe had asked the legislature for money to buy more secure voting machines two years ago, but was shot down. Now, there's not much choice -- the direct-recording machines are no longer certified, so something has to take their place.

There's no guarantee that other states will follow Virginia's lead, provided the decision holds up. The Elections Department has notified other states of its recommendations, however, and it won't be surprising if other states follow suit given how anxious they are about hacking attempts. Paper records are the only relatively surefire way to verify the accuracy of election results, and the steep cost of replacing them (McAuliffe wanted $28 million) may be worth it for the peace of mind when a vote comes into question.

In this article: election, gear, hack, hacking, internet, politics, security, TL17VTHK, virginia, vote, voting
All products recommended by Engadget are selected by our editorial team, independent of our parent company. Some of our stories include affiliate links. If you buy something through one of these links, we may earn an affiliate commission.