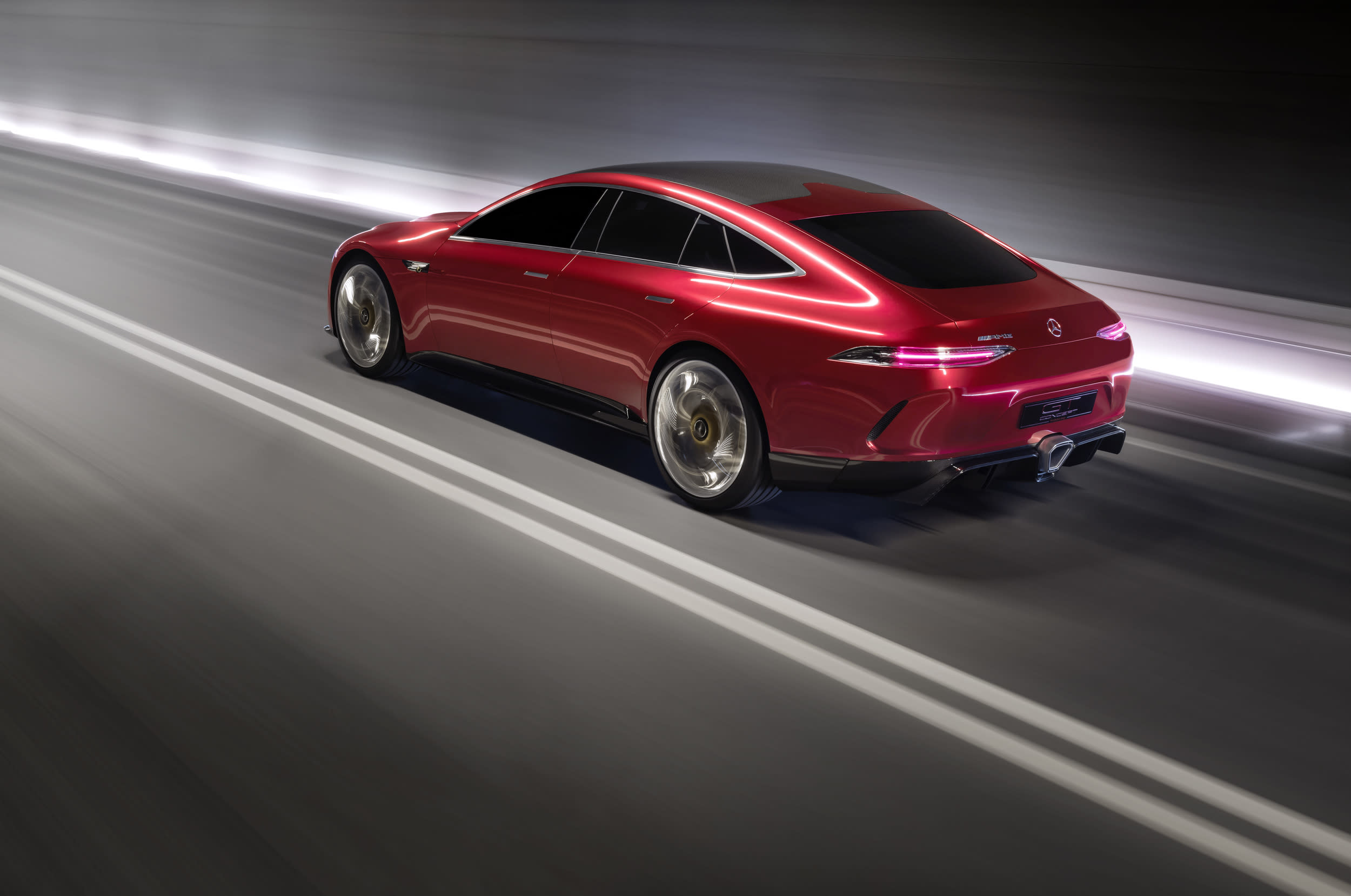 Upcoming regulations mean that whisper-quiet EVs must make artificial noises to warn pedestrians, and automakers like Nissan are turning that into a weird marketing opportunity. AMG is taking it to another level, though, announcing that Linkin Park will be one of its "partners in performance" helping shape the sounds made by its future EVs.

"I started to talk with these guys about what is their interpretation of electrified sound," Mercedes-AMG CEO Tobias Moers told Wheels. "We sell emotions and sound is really a crucial part of emotion, so what we do is work on artificial sounds because you have to."

AMG still has a lot of time to figure it out. While parent Mercedes plans to start manufacturing its Generation EQ electric vehicles by 2019, AMG EVs won't appear until the mid-2020s, Moers said. If you want an idea of what's in store, take a look at the insane, 805-horsepower rear-axle hybrid AMG GT Concept first revealed in Geneva earlier this year. "[That] is more or less our understanding of how we are going to electrify powertrains in performance cars," said Moers.

In this article: gear, LinkinPark, Mercedes, transportation
All products recommended by Engadget are selected by our editorial team, independent of our parent company. Some of our stories include affiliate links. If you buy something through one of these links, we may earn an affiliate commission.